Since the beginning of Russia’s full-fledged war against Ukraine, country’s agriculture has lost about USD 23 billion of indirect losses. 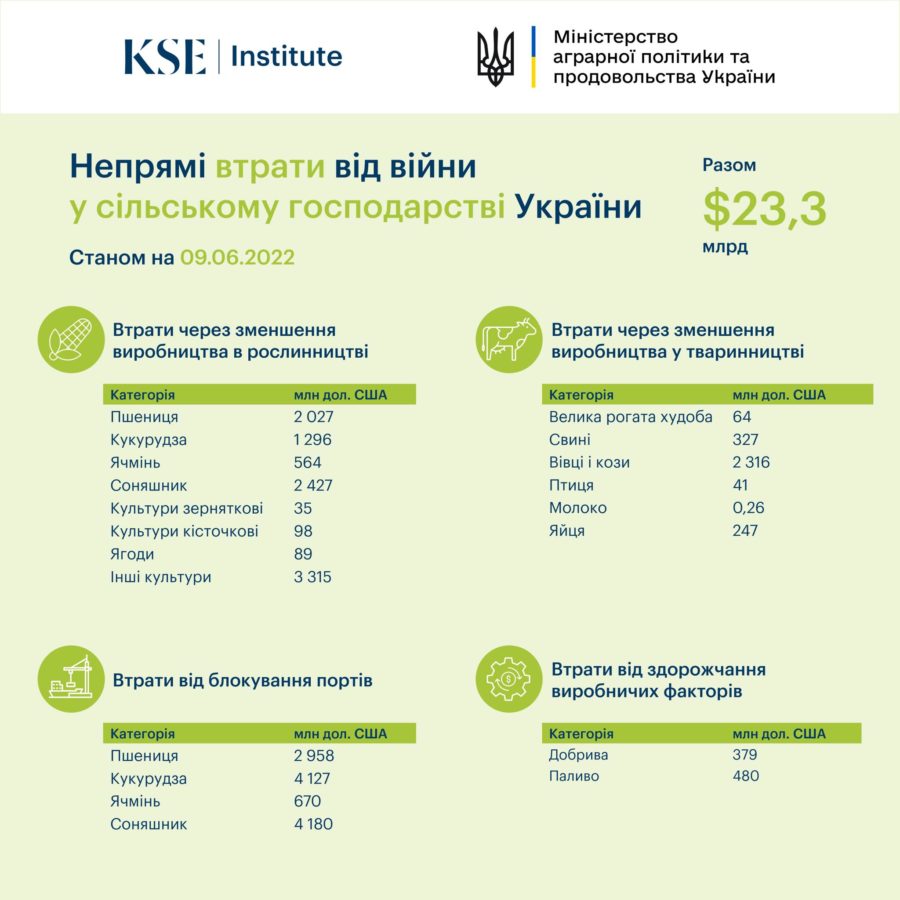 KSE Institute and the ministry of agriculture report that these losses include decreased production, blocking of ports and rising prices of production factors.

The indirect losses due to the decreased crops are estimated at $ 9.6 billion. The largest decline in 2022 – a decrease of 33% – is expected in wheat production. The decrease in sunflower production will make 32% and in barley – 31%.

Such indicators are quite predictable, as the main production areas are located in the occupied territories and regions suffering from active hostilities.

It is also expected that other crops will decrease by 22%, which will lead to USD 3.3 billion losses.

In addition, there is a significant decline in cattle. This leads to a reduction in production for several years to come. As a result, the total losses of the livestock sector are estimated at $ 682 million.

As a result of the blockade of ports, there was a decrease in prices for export-oriented crops: wheat, corn, barley, sunflowers. The loss is $ 11.9 billion.