16:38 Russian troops dig in at Svatove and Starobelsk ahead of Ukraine’s summer counteroffensive, – Luhansk governor
12:29 ‘He has been at the front-line since the first days’, The story of the Ukrainian celebrity chef who became a military cook in Zaporizhzhya
10:57 One injured in a missile attack on Dnipro region,– local governor
00:58 Kyiv secures 150€ million loan from German federal bank,  – Ukrainian PM

On May 9, Instagram deleted ‘Bukvy’ post about Azov regiment press conference held in Azovstal the day before. 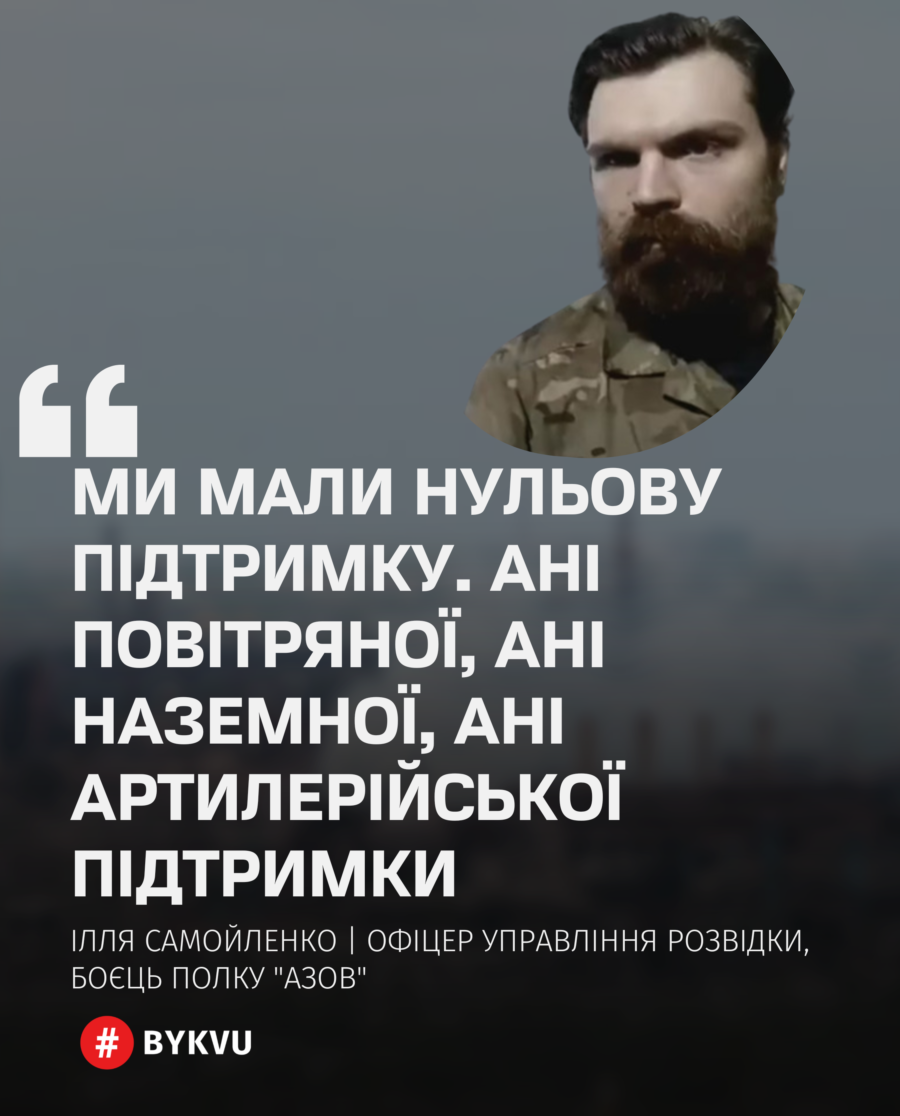 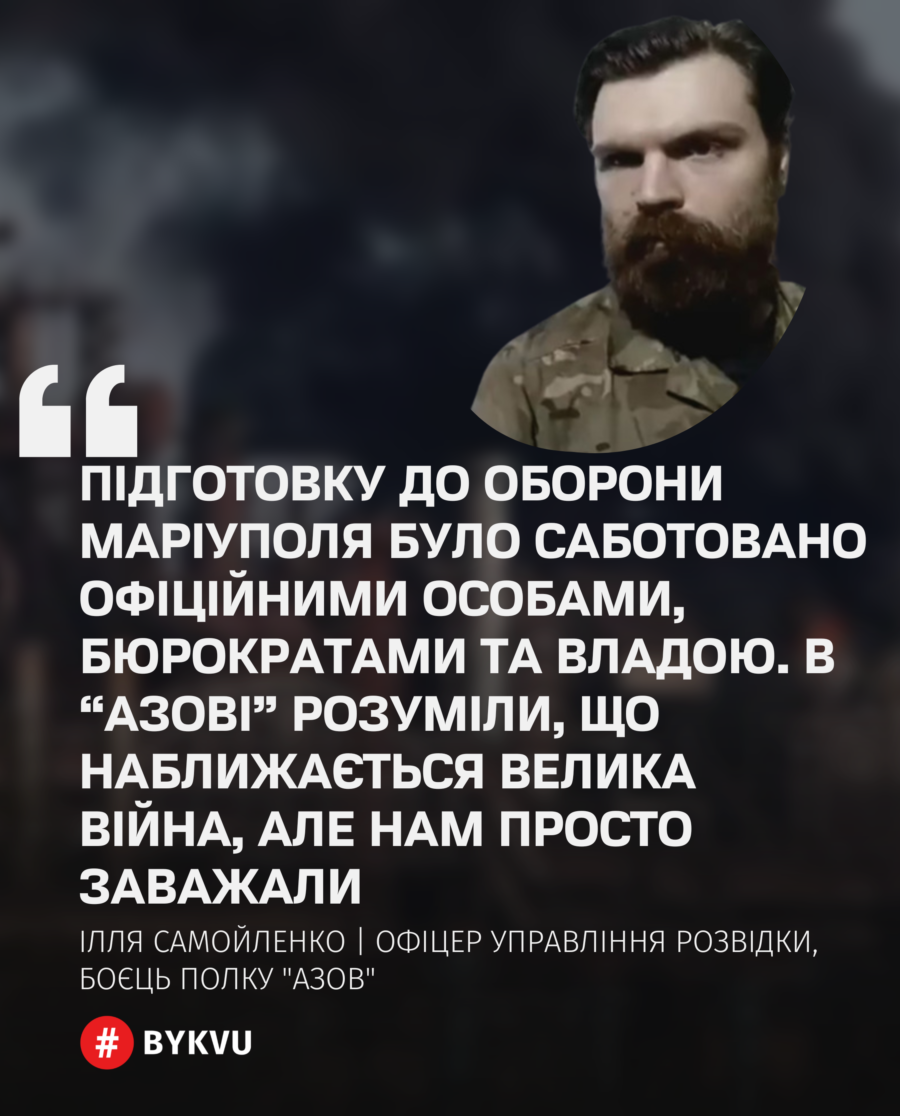 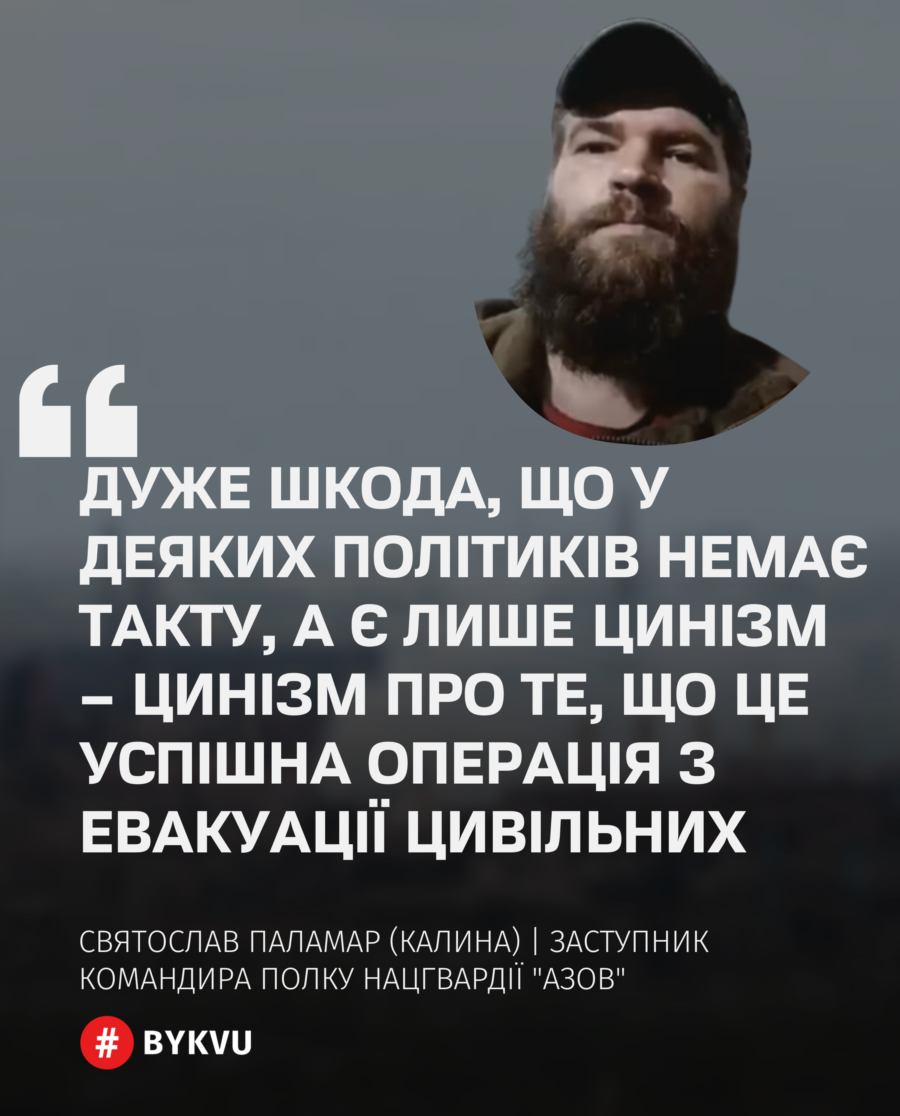 The post contained the quotes from the speeches of Sviatoslav Palamar, the Azov regiment vice-commander, and Illia Samoilenko, the intelligence officer.

They stated that Azov regiment did not have support during the bombardment by the Russian army, claimed the authorities had not properly prepared for war, and blasted the cynicism of politicians regarding the evacuation of civilians from Azovstal. 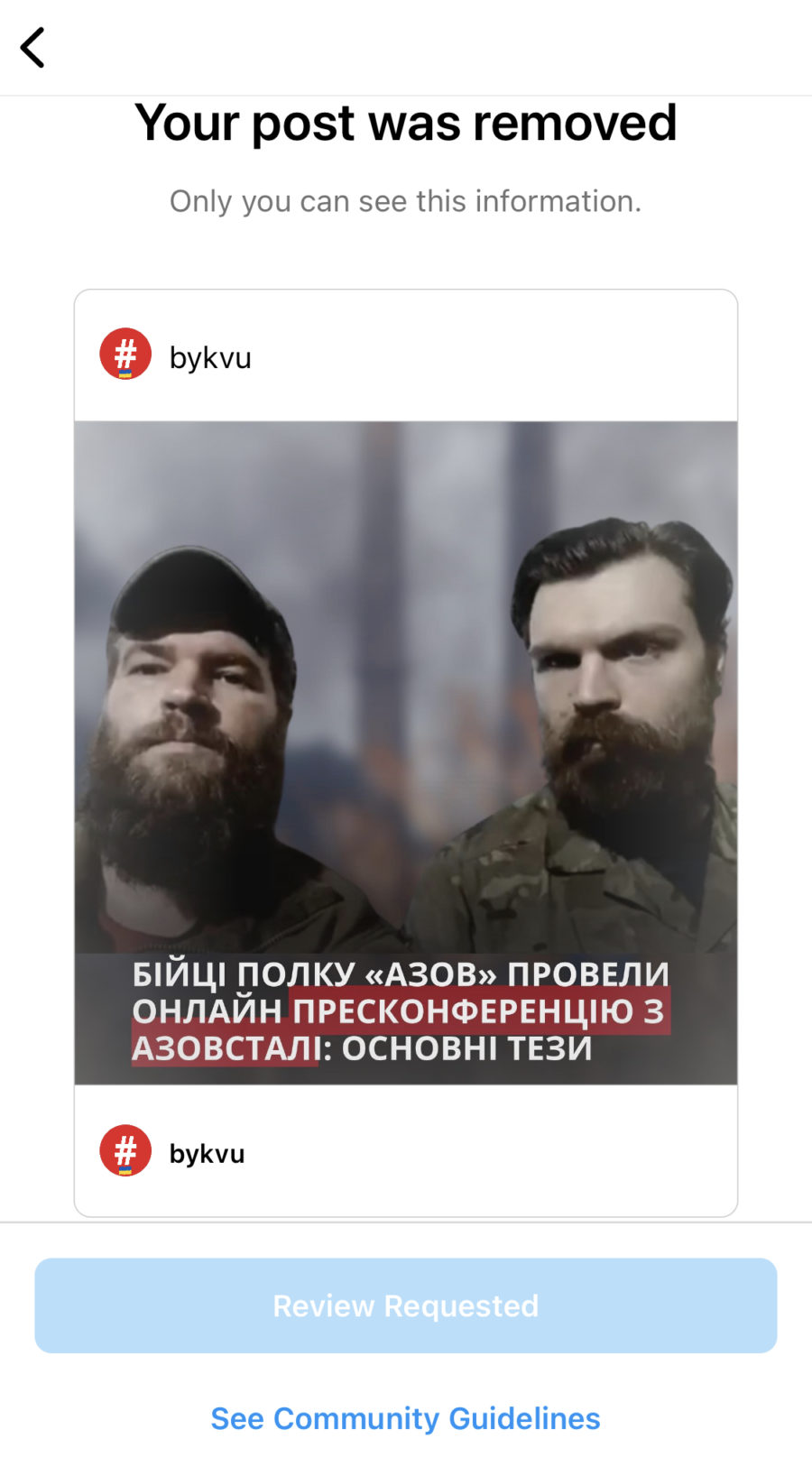 The post was deleted by the social network due to the ‘messages that encourage violence or contain specific threats’.

However, the posted quotes do not call for violence, do not pose a threat, and do not use hate speech. They are official statements of the defenders of Mariupol about their fighting.

Illia Samoilenko said there had been no support from the authorities, either air or artillery.

He added that preparations for the defense of Mariupol had been sabotaged by the authorities, although Azov understood that Russia would launch a full-scale invasion.

Sviatoslav Palamar accused ‘some’ politicians of cynicism and lack of tact, as they called ‘successful’ the evacuation, during which three servicemen were killed and six wounded. 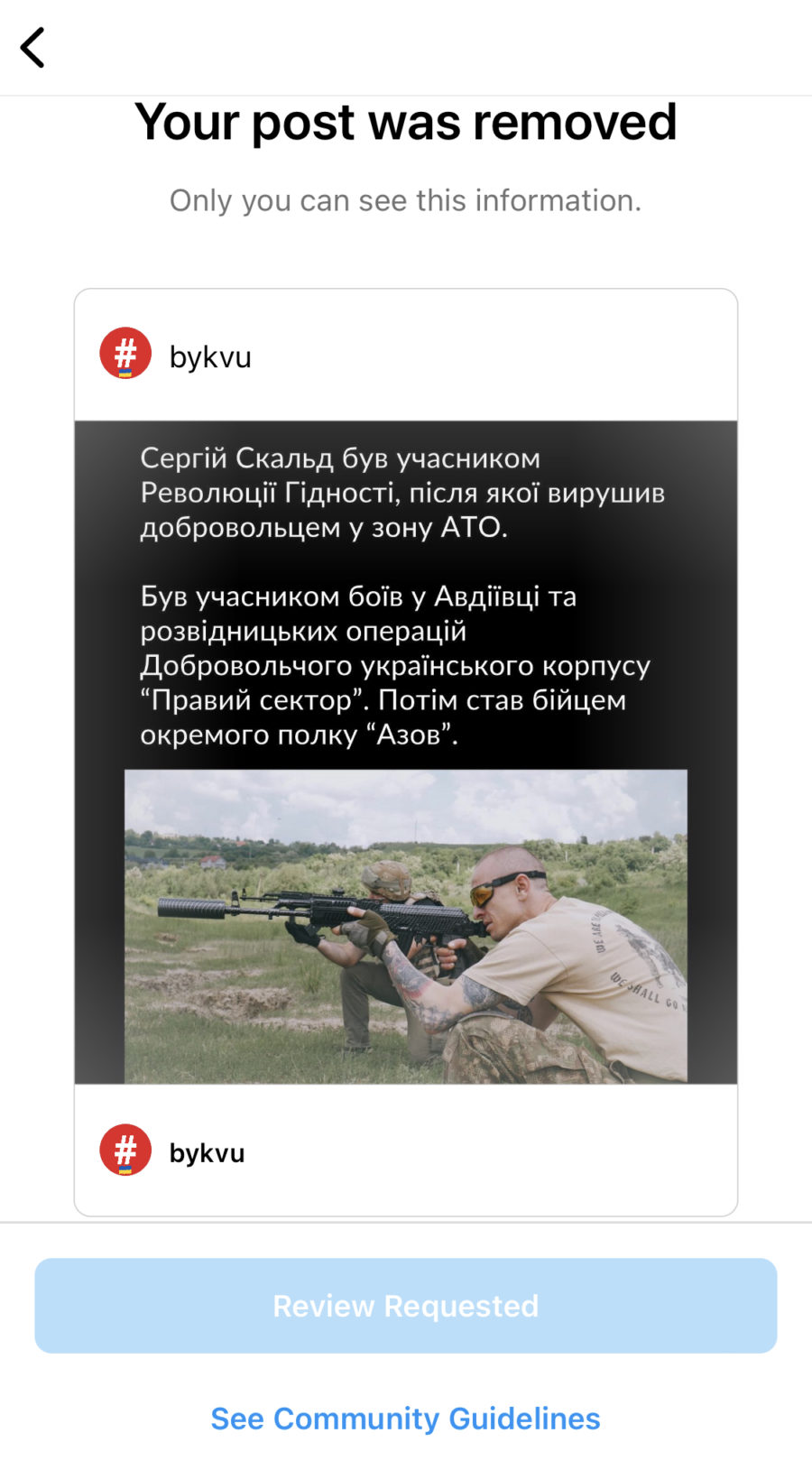 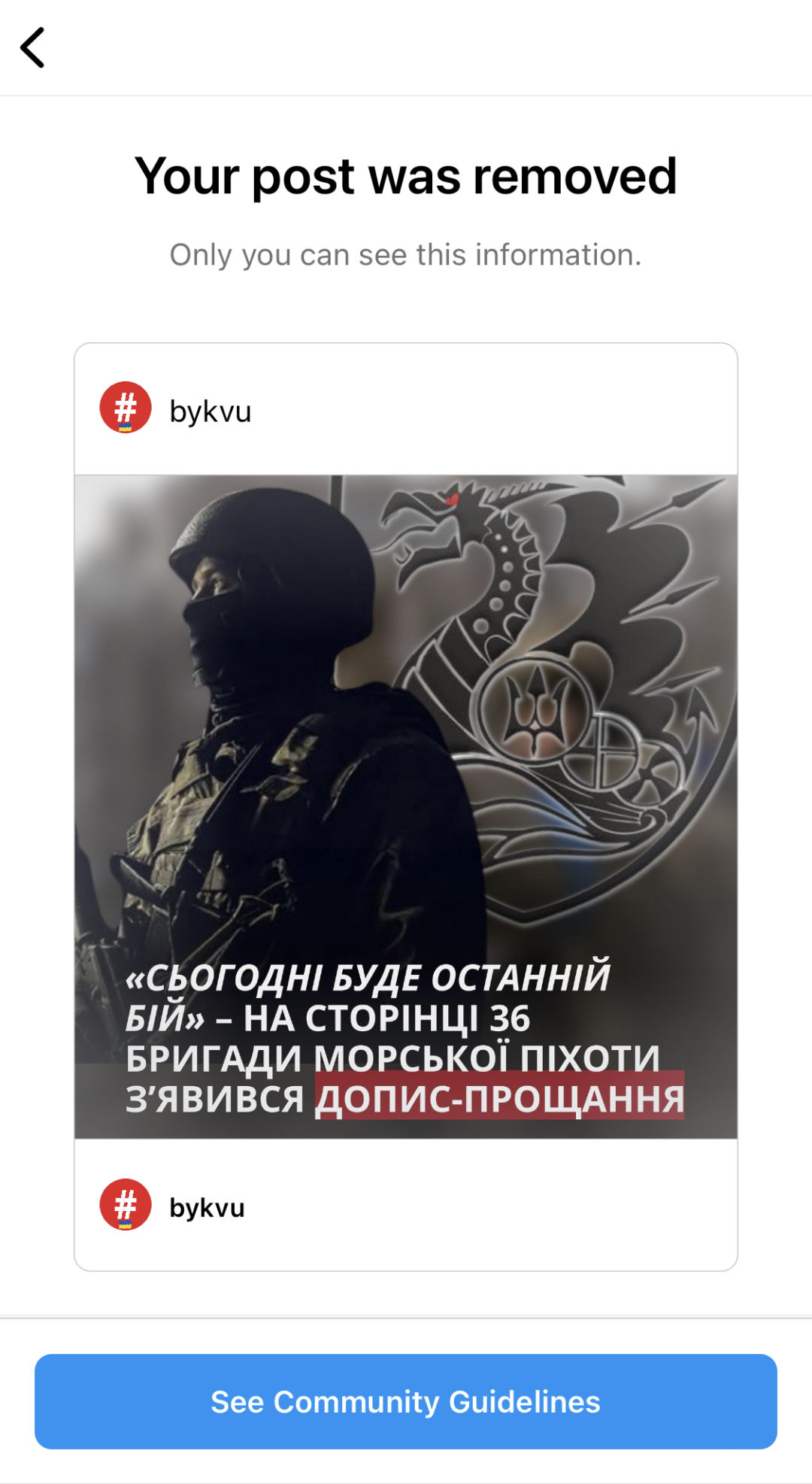 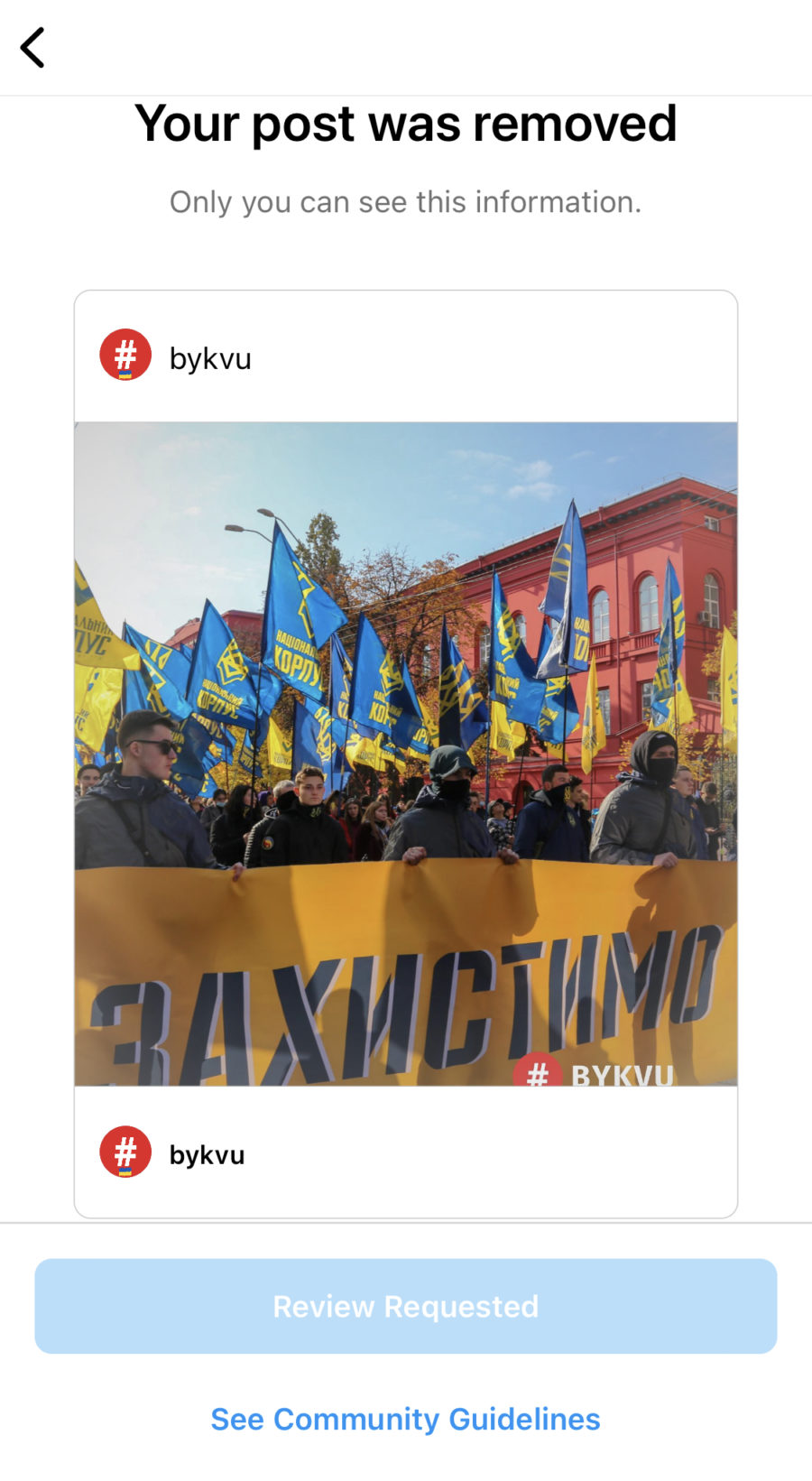 The ’Bukvy’ editorial board believes that the unjustified sanctions on the part of the social network against ‘Bukvy’ and Azov regiment contain signs of censorship and demonstrate imperfect or biased policies and work of technical algorithms that guide the social network.

‘Bukvy’ considers such a policy of Instagram unacceptable, while the defenders of Mariupol withstand Russian invasion at the cost of their lives. It is unacceptable that Instagram does not allow telling the world the truth about the brutal atrocities that Russia is currently committing in Ukraine.

Since 2014, the Azov Regiment has been an official unit of the National Guard of Ukraine and performs tasks related to the defense of Ukraine.

Any manifestations of prejudice against Azov regiment are a sign of disrespect for all defenders of Ukraine who repel the aggressive actions of the Russian Federation.