‘It was an insanely brave operation’, – Azov serviceman about helicopter evacuation from Azovstal 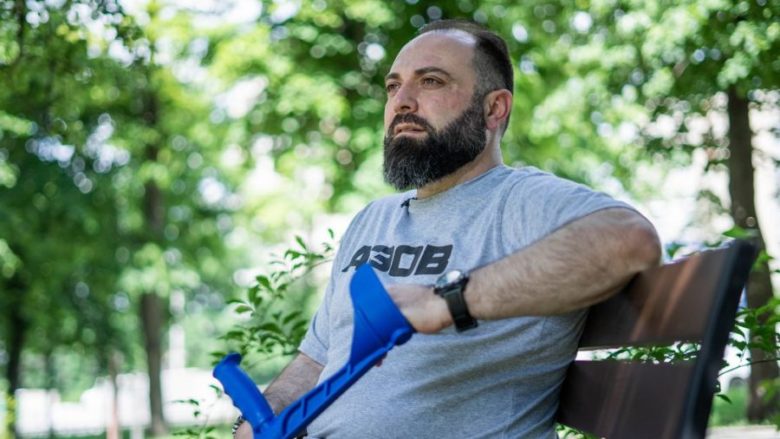 In an interview to Suspilne TV, Azov regiment instructor Heorhii Kuparashvili told about the evacuation of the wounded from the besieged Azovstal plant in Mariupol.

Fighting against Russian invaders in Mariupol, Heorhii got wounded in the abdomen. Enemy bullets damaged the sciatic nerve. He was taken to a local hospital, but it turned out that the medical facility had been destroyed by bombing. Heorhii was brought to Azovstal and operated there.

‘When I recovered from anesthesia, I heard children’s laughter. At first, I thought I was hallucinating. Then I saw the children running between the hospital beds. There were also injured children who were operated on. They should not have been there, under any circumstances. They had to be evacuated and allowed to leave. But these children even more motivated our fighters. Soldiers had to fight for these children and defend them’, Heorhii recalls.

‘There were many wounded. There were only two surgeons and nurses from the military hospital. They practically did not sleep, operating constantly. I even asked the surgeon, ‘Do you take any sleep at all?’ He just looked at me and said nothing. But I realized that he had no choice. If he sleeps, someone will die’, Heorhii added.

It was impossible to break the enemy circle as Azovstal was closely besieged and the nearest Ukrainian positions were 100 km away.

Military helicopters were used to bring medicines, water, food and evacuate the wounded on the way back.

Helicopters flew at night at a very high speed and extremely low, literally above the ground, so as not to get under the fire of Russian air defense.

‘It was a crazy idea to evacuate with helicopters. But pilots did it. It was early morning. The helicopter landed and we were taken aboard. Our guys were defending the perimeter fiercely attacked by Russians. Two fighters with machine-guns were inside the helicopter, covering the operation with fire. Only when they stopped firing I understood we were in safety. It was very risky’ Heorhii tells.

The flight lasted an hour and a half. The next day, Heorhii at last called his wife and children whom he had not been able to contact for almost a month.

Now, Heorhii is undergoing rehabilitation and is constantly thinking about those who did not get out of Azovstal.

‘When we finish rehabilitation, we all come back and help as much as we can. Our main task is to do everything to get the guys out of captivity. Azov continues to live. We will regroup again and we will win’, he concluded.