Court testimony looms for Facebook CEO in a lawsuit between two feuding politicians in a small Ukrainian town.

Mark, watch your back! Court in Korosten, Zhytomyr region, ruled to bring Facebook chief executive to testify in a libel case brought by Ivan Korud, the mayor of Ovruch, against his political rival.

The city official is suing Oleksiy Kravhcuk of Svoboda party and seeking symbolic ‘1 hryvna’ in damages for defamation alleging he made disparaging remarks about him on Facebook.

The suit asks that Kravchuk to be ordered to remove his post.

To add weight to his claim,  the incensed mayor got a bright idea to add Facebook CEO as another plaintiff in his case.

The state litigation database show the complaint was filed two years ago and is still pending. 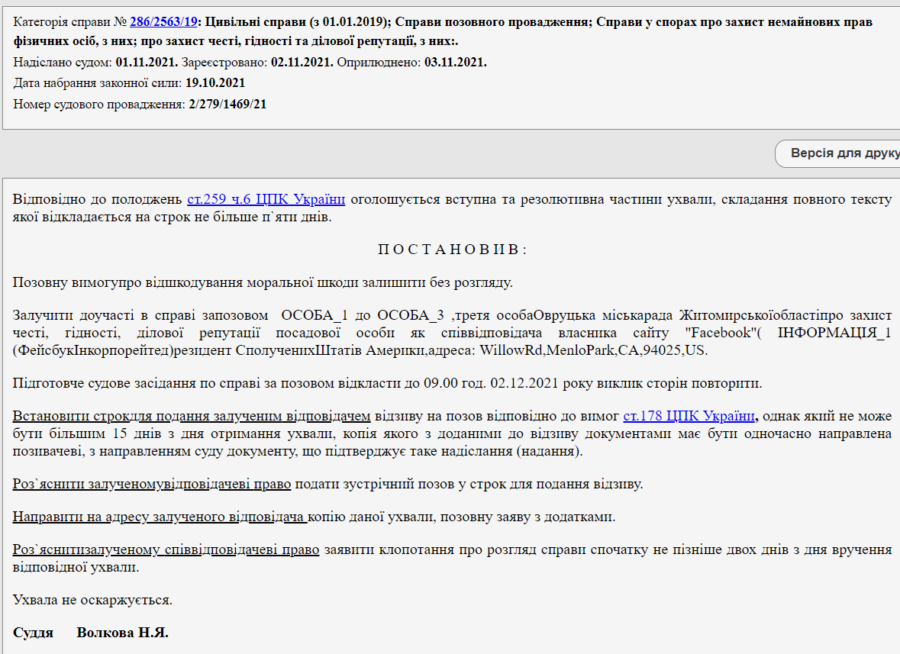