Unexpected video of Mykola Chaus -what its metadata reveals

The Ukrainian former jugde Mykola Chaus who was kidnapped in Moldova in early April ‘reemerges’ and posts a video on ‘Telegram’ claiming that he 'is in a safe place and feels well'. 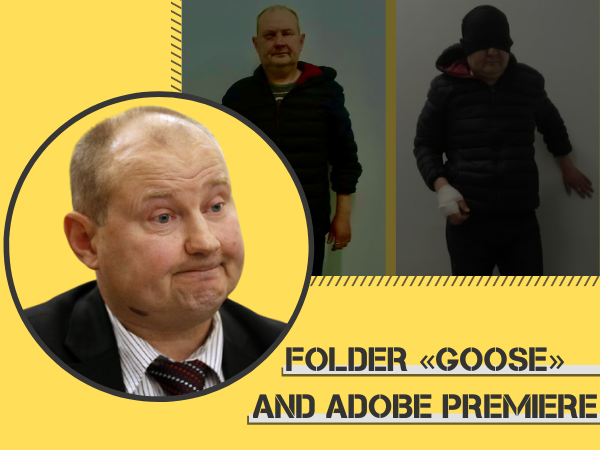 ’I am ready to provide the law-enforcement agencies all the information on the people who kidnapped me and have kept me since 2016. But they are very (!) influentical men and this makes me demand security guarantees from our law-enforcement agencies. As you see, my [Telegram] channel is open for feedback, including exchange of information on those involved in my kidnapping in 2016,” says the video recap.

In his “Telegram’ video, Mykola Chaus states that he ‘feels well and is in a safe place’.

‘My limbs are okay, and the jaws have no visible injuries. Presently, I can not tell about my whereabouts because many [people] are trying to speculate about my kidnapping. In whose interest is it? You can only guess,” added Chaus.

‘Bukvy’ took a closer look at Mykola Chaus video metadata and discovered that it came from the Book Apple notebook’s folder dubbed ‘Gus’ (a ‘Goose’) that was made just a day before, on May 16,  and edited in ‘Adobe Premiere Pro’ application known as a sophisticated professional-level editing program.

This allows to allege that Mykola Chaus got assistance for its production and the people behind it aimed to use it for a media campaign. 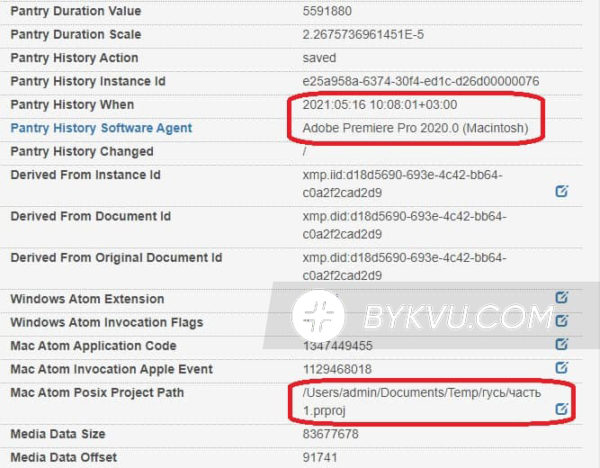 This is what  we know about Mykola Chaus so far:

The fugitive Ukrainian judge who fled Ukaine in 2016 facing bribing charges  was kidnapped in Chisinau in early April this year and his whereabouts has remained unknown.

Numerous media investigations argue that  Mykola Chaus has been kidnapped by the Ukrainian intelligence service operatives.

The recent accounts claim that he is allegedly being kept at the military facility in Khotyanivka, Kyiv region, and Ukrainian officials are trying to move him to either Moldova or Crimea’s border to make the official narrative of his return to Ukraine more credible.

According to ‘Bukvy’ sources with direct knowledge of the story, the kidnapped judge could have been taken to his mother’s home in Nadynivka village, Chernyhiv region.