A 10-year old Ukrainian boy  is getting tons of cheers after he emptied his piggybank to help Ukrainian anti-aircraft troops get a solar powered generator.

Ostap from Shepetivka, Khmelnytsky region, had $300 in savings  and offered to buy a bulletproof vest.  On finding out it wasn’t enough he went for a portable power device with solar panels. The generous gift touched the Ukrainian military command who praised the boy in a post on social media   His mother Natalya it was the money he got on his birthday and Christmas.

‘He was eager to do this thing, came up to me and told me that all his savings I had gave earlier him on his birthday, Christmas holiday and other occasions must go on a body armor purchase. The military men need it badly, it can save somebody’s life, they are protecting us,’ said the boy’s mother. 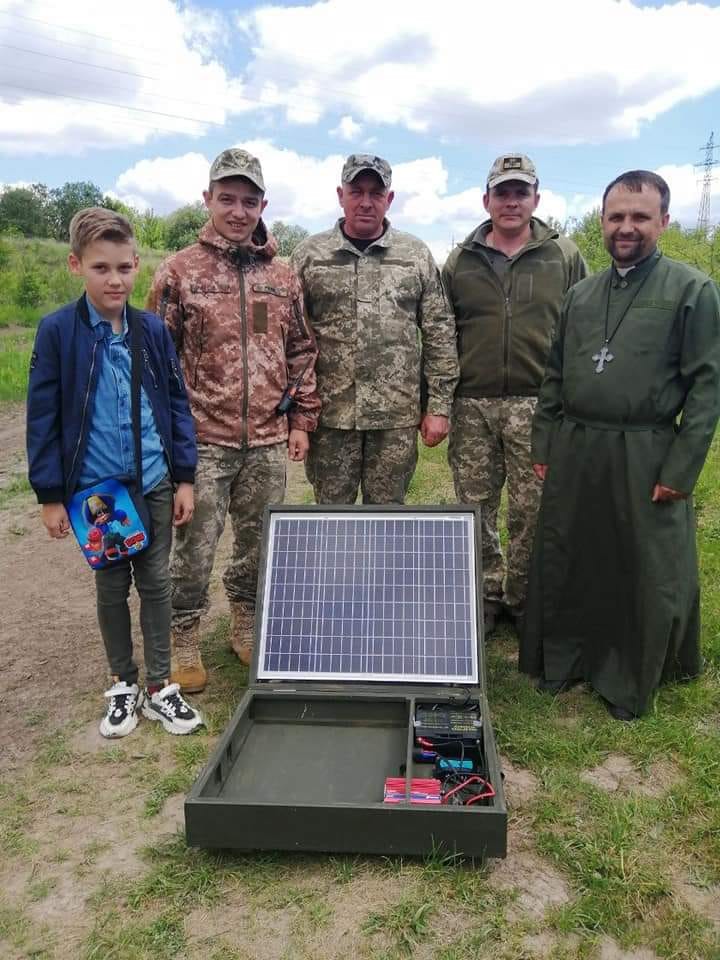 The generous gift touched the Ukrainian military command who praised the boy in a post on social media.

He could have spent his money to a bike or a toy, but instead he gave his money away, and this humble contribution makes Ukrainian servicemen happy as they can see how patriotic Ukrainian kids are, said the general staff of Ukraine’s armed forces, adding it is thanks to such children as Ostap Ukraine will overcome the challenges it faces.

‘Ostap is excited about what he did in a childish way, but it is a grown-up thing he did and it makes him really happy.’