Kutya is the main Christmas dish prepared all over Ukraine, ‘Bukvy’ suggests an overview of the history and traditional recipes of the dish. 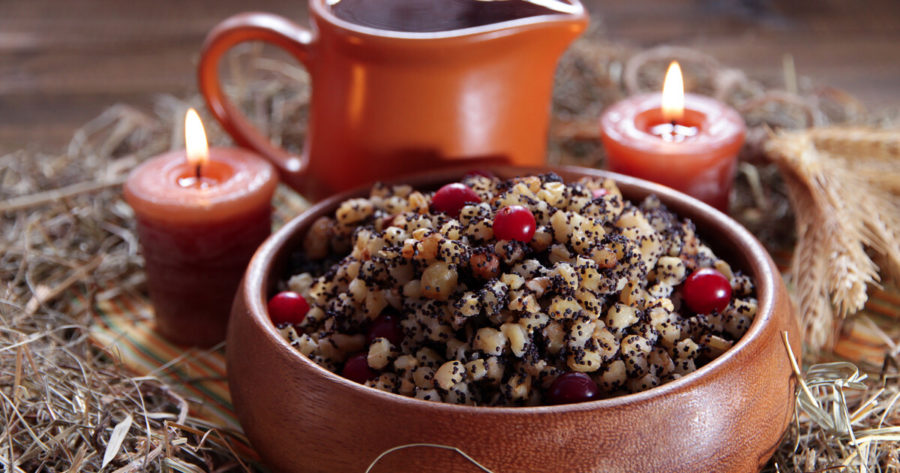 The traditional Christmas Eve meal in Ukraine always starts with kutya, which is a symbolic dish with each ingredient having its special meaning.

The word ‘kutya’ came from Ancient Greece and means ‘boiled grain’. Initially, in both Ukraine and Greece, the dish was associated with the tradition of worshiping the dead and was served on the eve of various Orthodox holidays such as Christmas, Epiphany, etc.

The main component of the dish is grain, which symbolizes eternal life, rebirth and immortality of the soul. As seeds germinate with the advent of spring, so the human spirit is reborn. Eating kutya, a person becomes part of the life cycle. Poppy seeds and nuts symbolize wealth and generosity, while honey is a symbol of sweet life and pleasure that awaits a person in the Kingdom of Heaven.

The ‘Hungry’ kutya is cooked on the eve of Epiphany, and has such a name because it is eaten without milk or cream, adding only the necessary ingredients – grains, honey, nuts, poppies and raisins. Traditionally, believers fast at this season.

‘Rich’ kutya is cooked on the eve of the Old Calendar New Year.

It contains butter and milk or cream, which symbolize wealth and fertility.

When ‘Rich’ kutya is almost ready, various dried fruits, poppies, nuts, candied fruits, dried apricots, fresh fruit, jams or even lollipops can be added to it to enrich the taste. Some modern recipes include even cognac or lard. However, regardless of the celebrated holiday, grain, poppy and honey remain the constant ingredients of kutya.