With most of this year's celebrations moved to Kharkiv and Odesa , Kyiv hosted a low-key event featuring award-ceremony and military music acts. 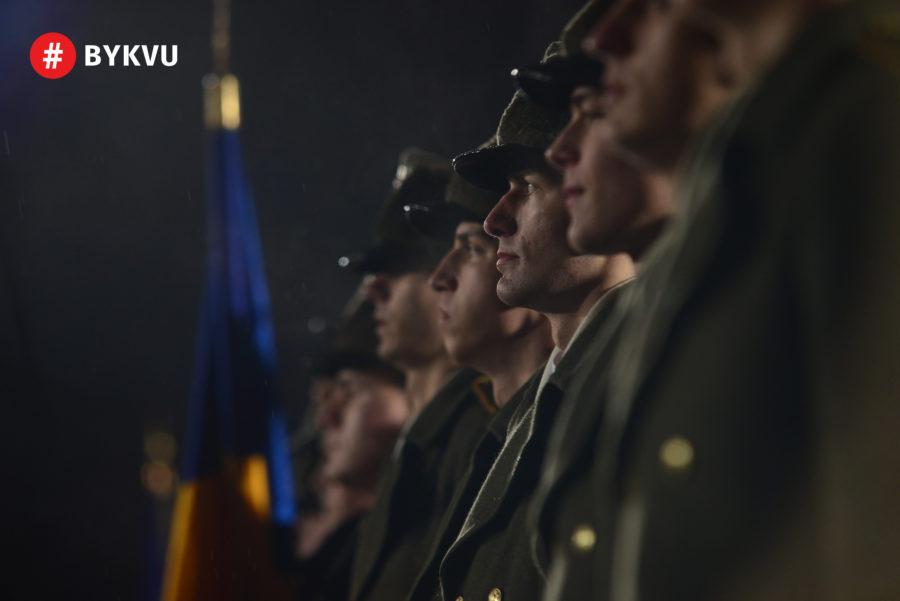 The ceremony held at Mykhailivska Square included  display of the military hardware and performances of military bands. 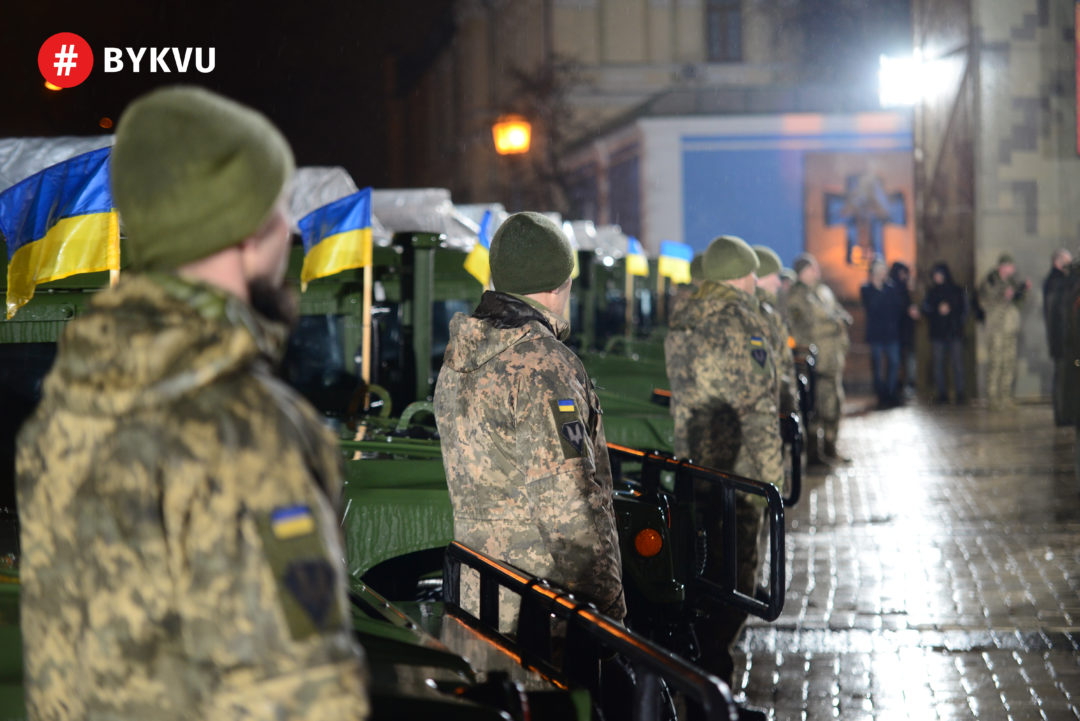 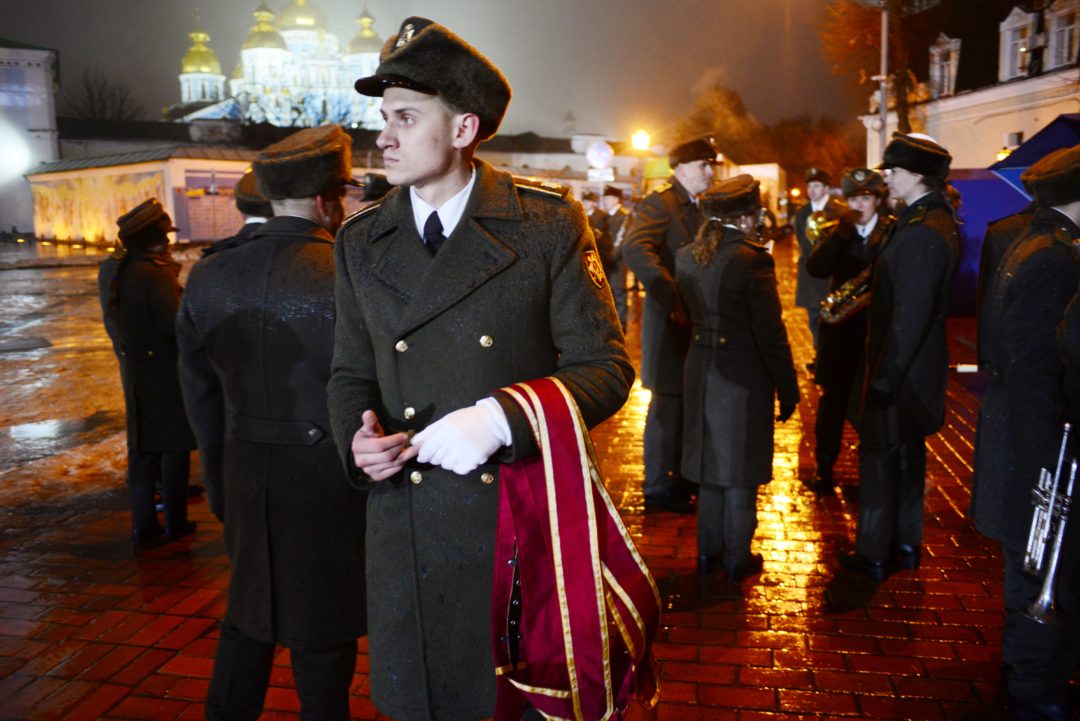 Ukrainian military members and army veterans were presented awards at the stage draped  in camouflage. 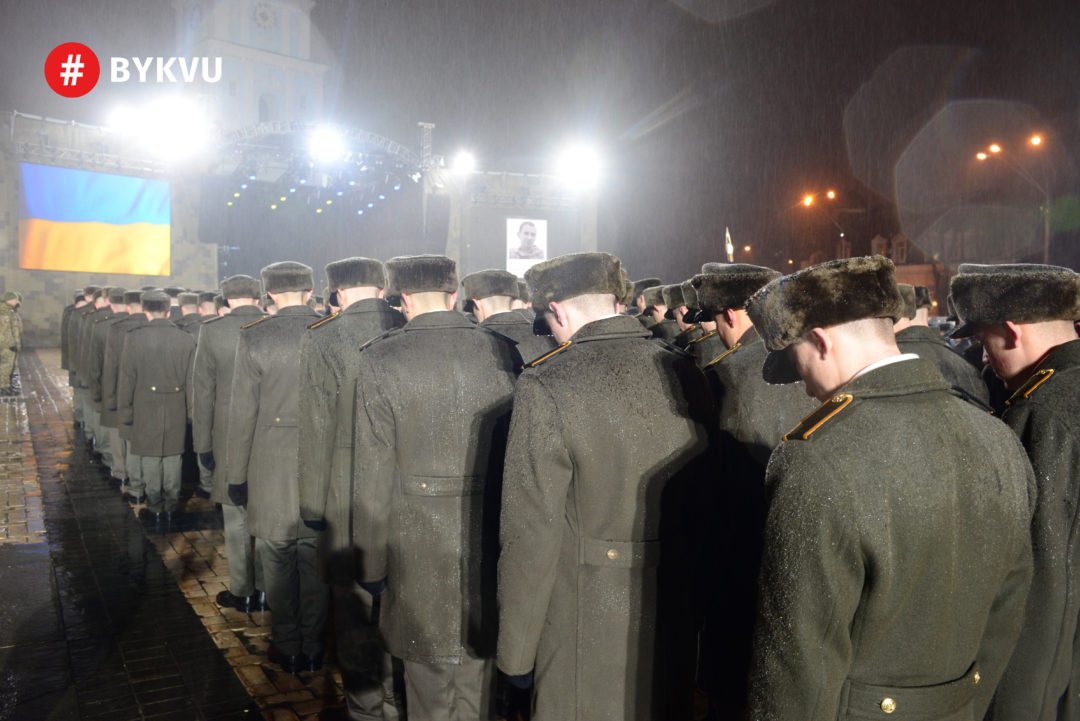 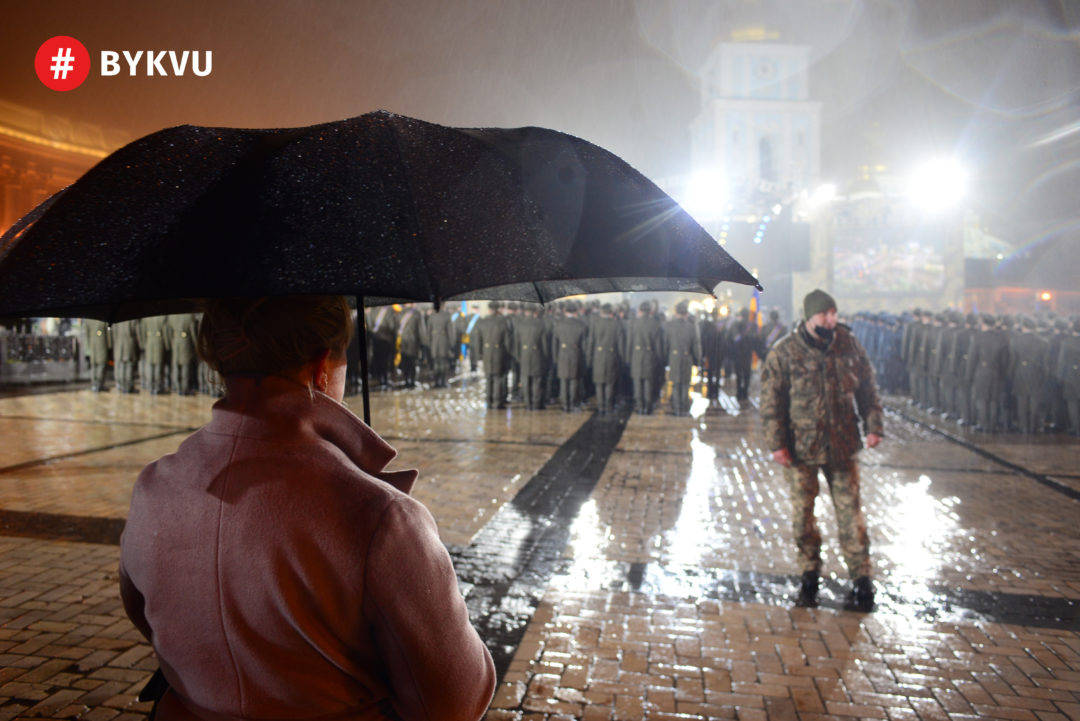 The event drew a relatively small crowd due to cold and snowy weather.