The solemn ceremony remembering the Ukrainian heroes  was joined by Donbas war veterans and families of those who lost their dear ones fighting for Ukraine. 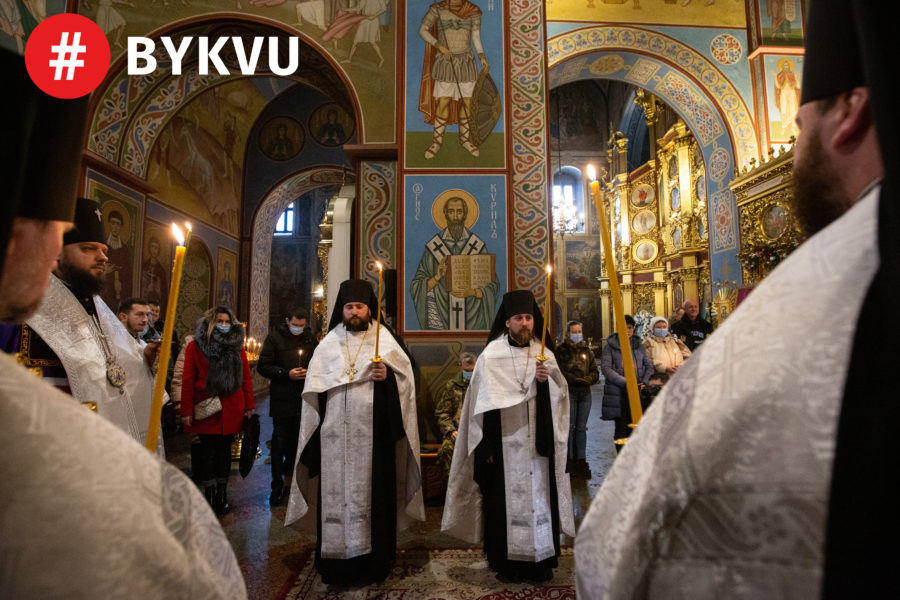 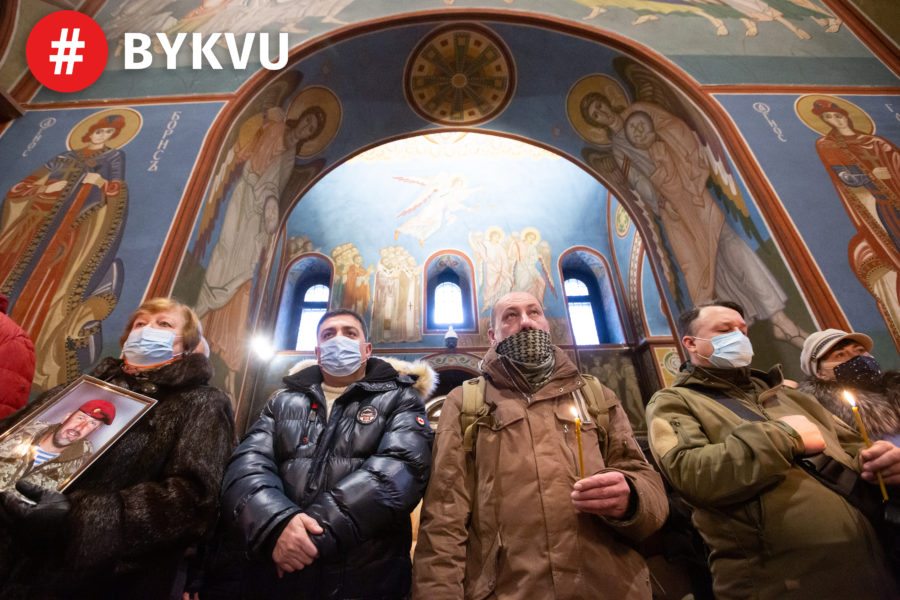 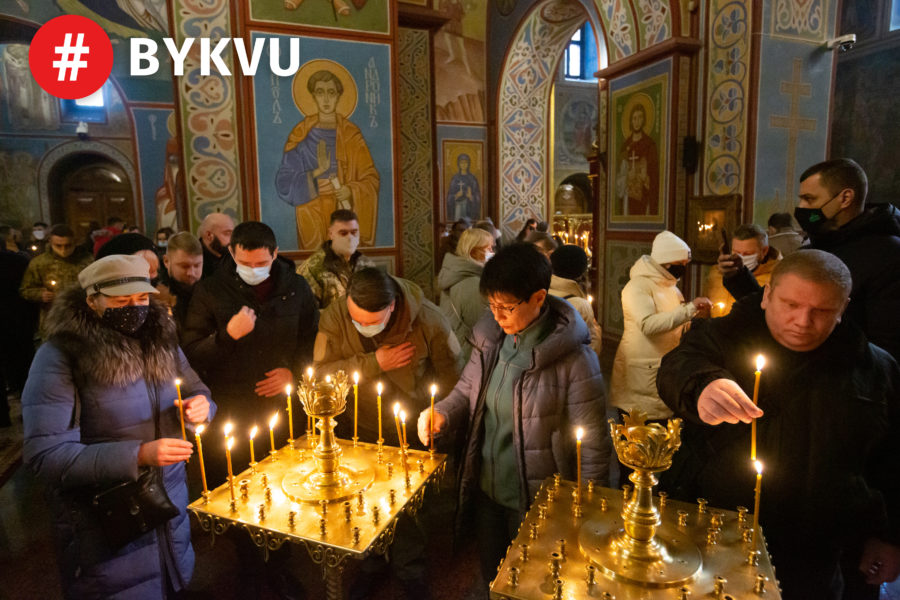 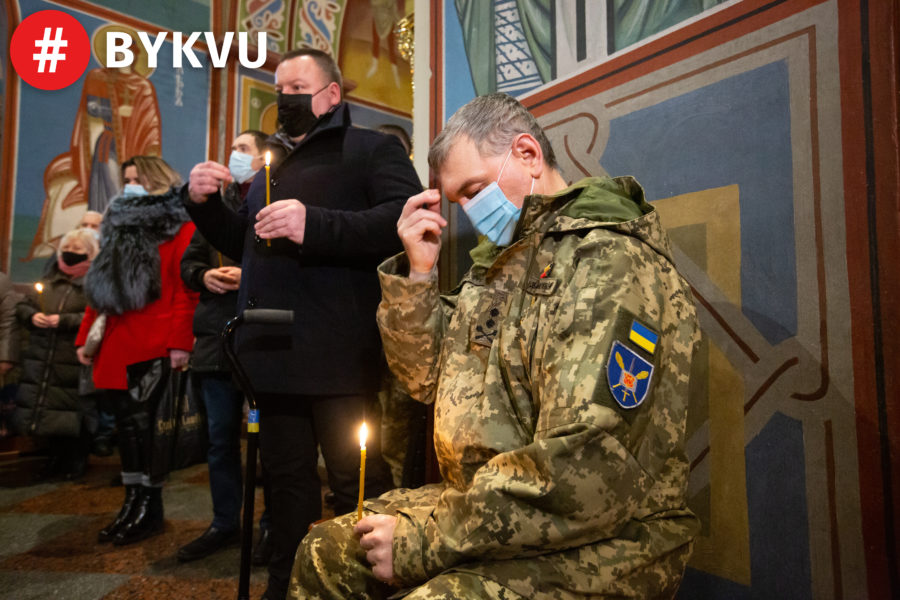 Among those who came to honor memory of the fallen Ukrainian soldiers was Ihor ‘Sumrak’ Gordiychuk who received Hero of Ukraine award for his heroism at Savur Mogula battle. 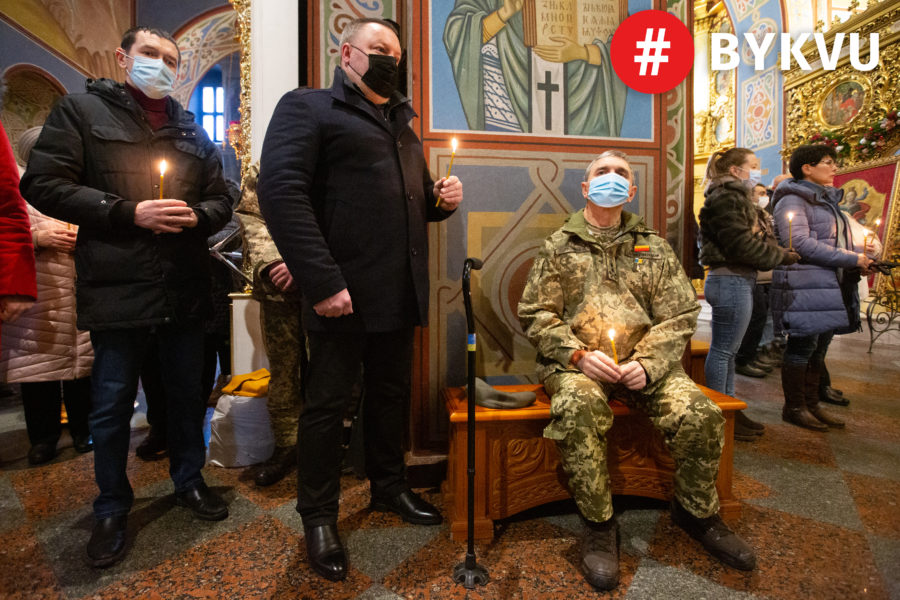 He was among few Ukrainian soldiers who survived the heavy shelling by Russia-led forces during an intense standoff over the strategic site. Badly wounded, Gordiychuk escaped capture. 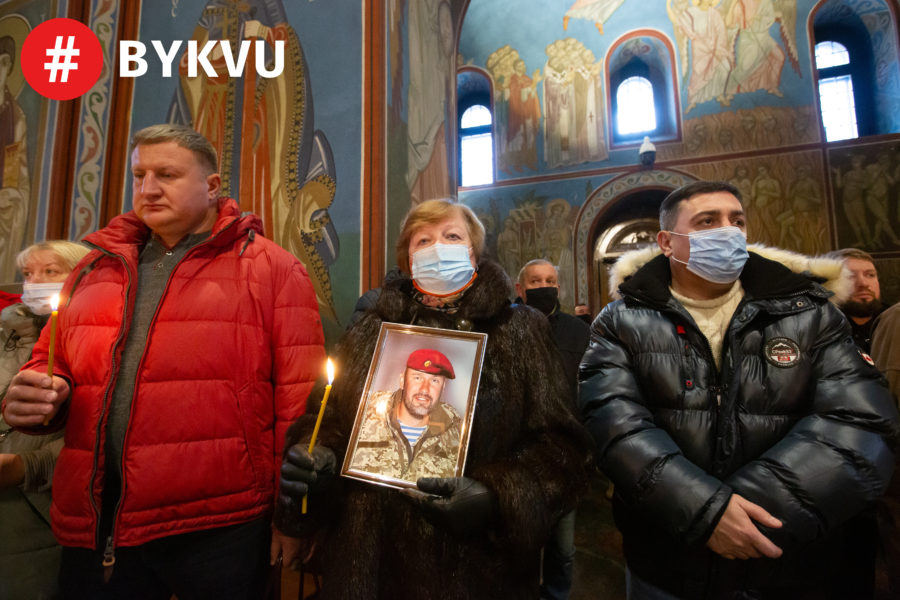 The church service was also attended by mother of Maksym ‘Adam’ Rydzanych who died when came to rescue to his fellow ‘cyborgs’. 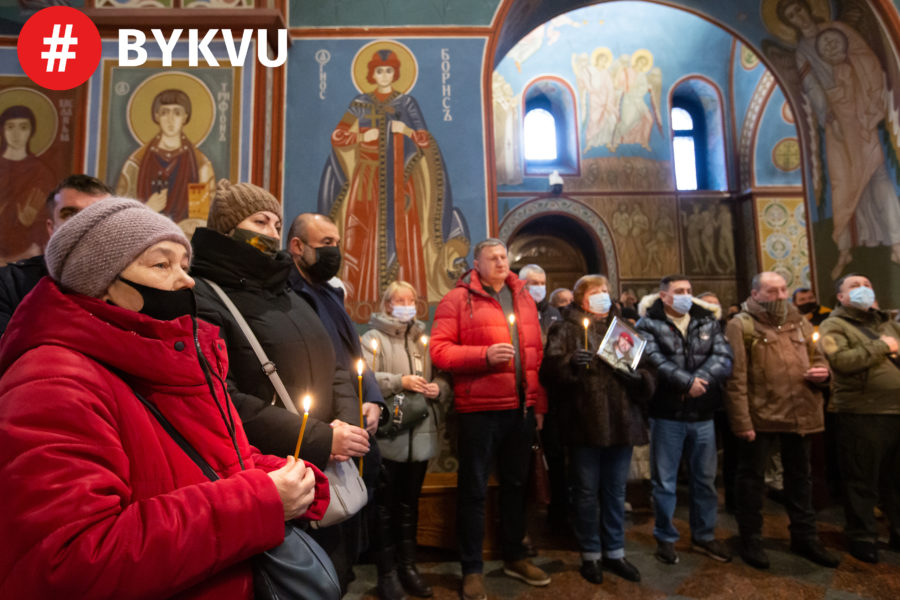 Cyborgs of Donetsk airport siege became the poignant symbol of Ukrainian resistance to Russia’s agression. Back in 2014, the group of soldiers and volunteers, who were much outnumbered and short on the ammo, held out against pro-Russian forces suffering intense shellings for 8 months.