Kyiv District Administrative Court has opened a lawsuit against BIHUS.INFO on Petro Poroshenko’s claim seeking of publication of the so-called ‘Medvedchuk tapes’.

Legal team of Petro Poroshenko went  to court over the media report that  claimed the former Ukrainian president used services of pro-Russian politician Viktor Medvedchuk to delay prisoners swap with Moscow for own political gains.

‘The court tried to protect BIHUS.INFO and those behind them , claiming the lawsuit will not be of any public interest,’ argued Holovan, adding the case was stalled due to delays and ‘bureacratic hurdles’. 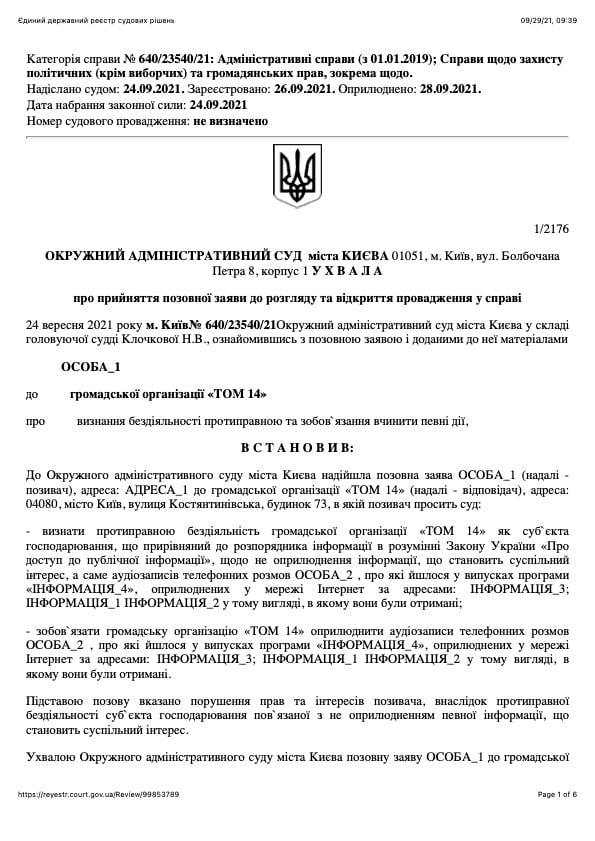 What we know about ‘Medvedchuk tapes’