The centuries-old Ukrainian tradition sees Kyiv people flocking to Kontraktova Square on January 13 for what is known as Malanka festivisites. 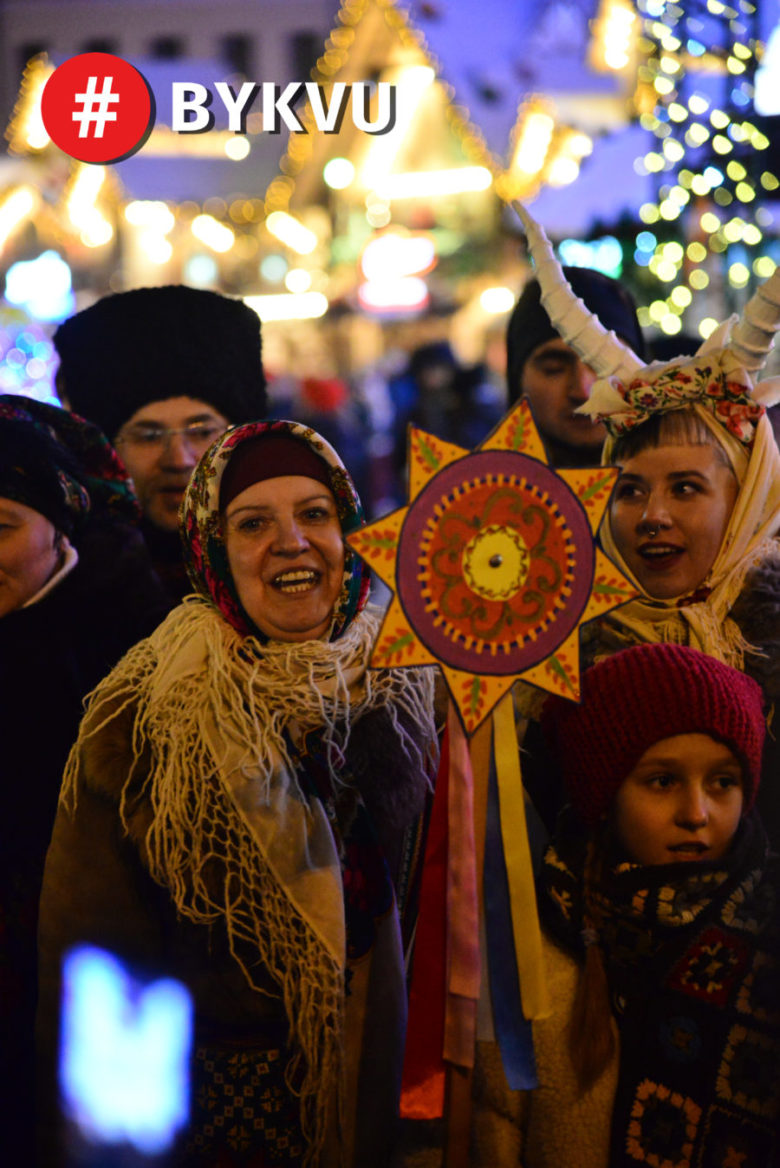 The Malanka festivities ring in the Orthodox New Year traditionally marked in Ukraine some 2 weeks later then Catholic Christians. Known as Shdedryi Vechir (the Generous Night), this holiday caps off the seasonal holidays. 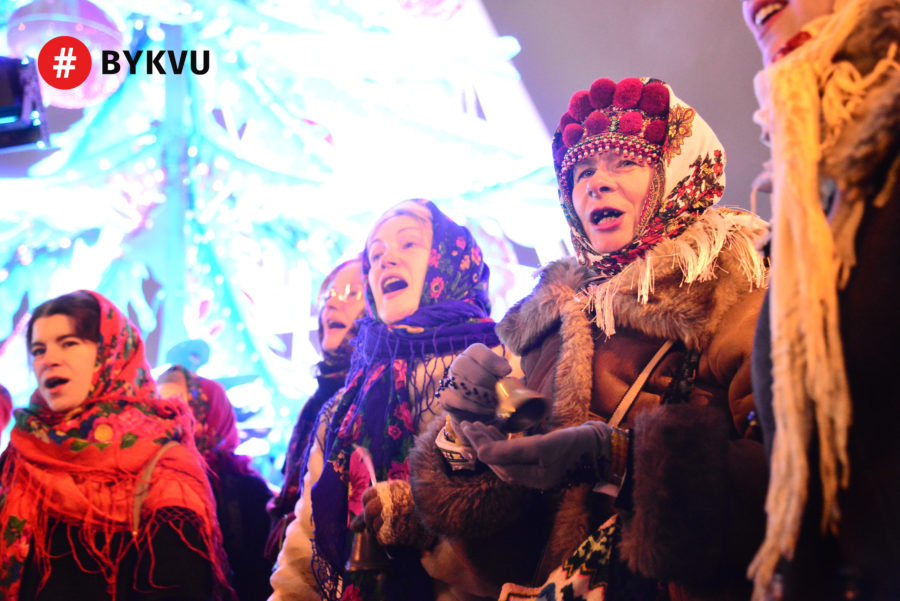 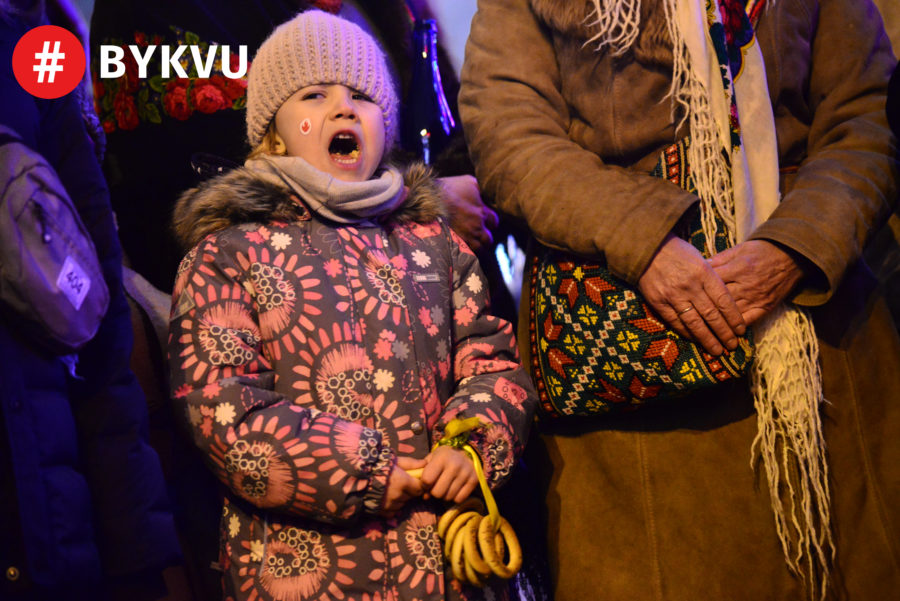 The Kyiv carnival-like celebration brought out crowds of youths clad in traditional Ukrainian clothes who put on a traditional show with  a’Koza’ and a ‘Star’, singing shedrivky songs and playing pranks on onlookers.
According to the old tradition, each singing crowd was led by a young man, dressed up as a Malanka girl who, in turn,  leads a ‘goat’  heralding a near arrival of spring. 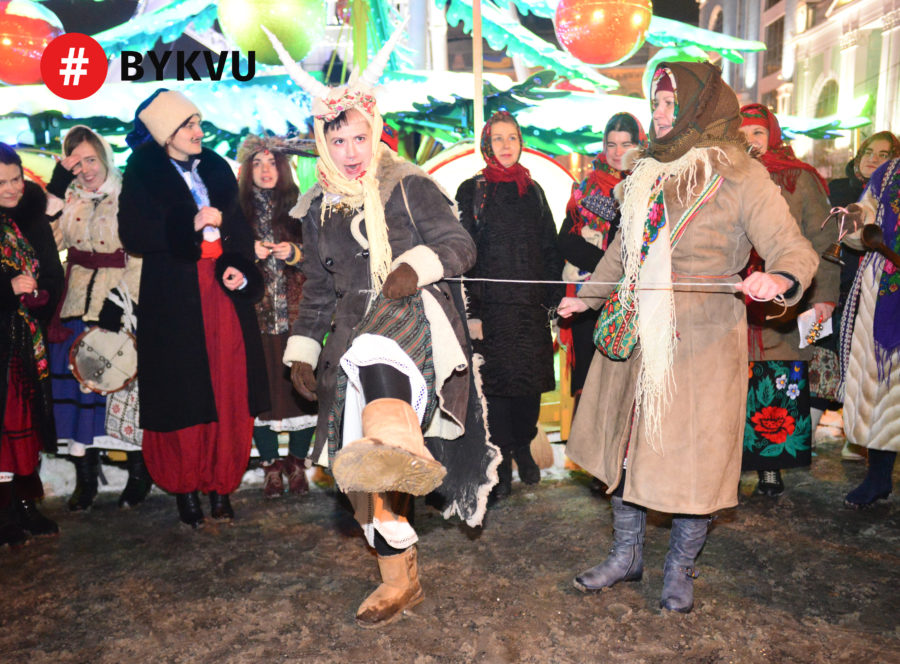 People sang ‘Malanka comes around, brings in Vasylko boy’ for the old belief says having these two at your door on New Year’s Eve promises a good harvest of wheat and rye. 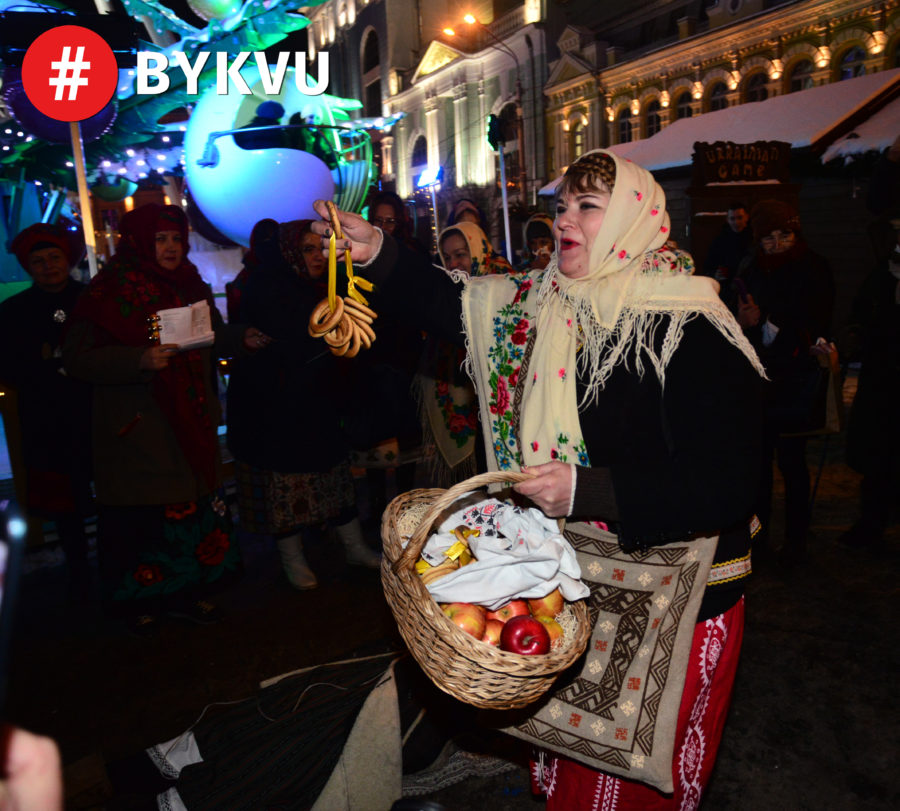 The Ukrainian New Year’s Eve is all about merry-making, fancy costumes, carolling, spring well-wishes and old rituals like throwing around fistfuls of wheat grains promising luck and prosperity to every household paid a visit by such Malanka crowds. 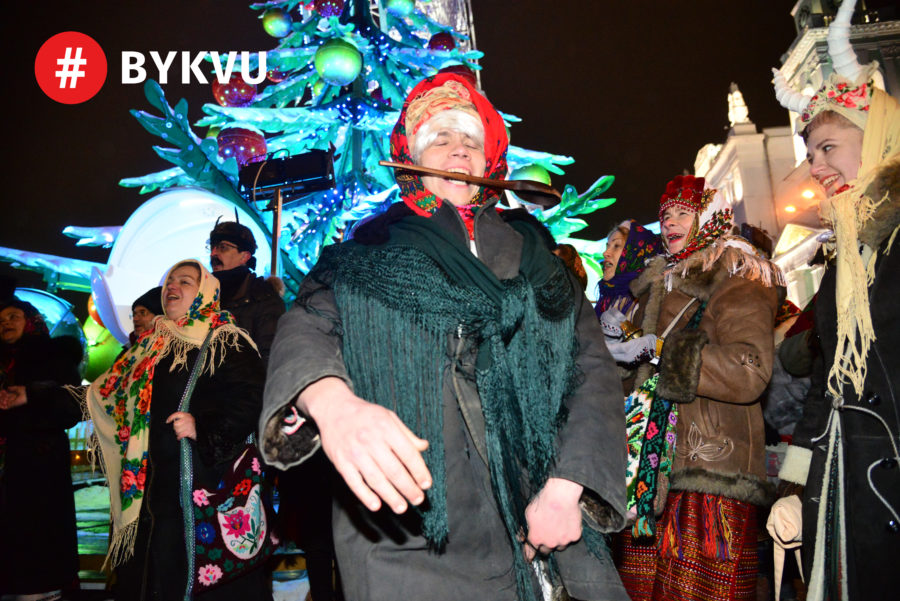