16:01 ‘I am satisfied with what has been done’, – Zelensky
15:47 Journalists not allowed to Zelensky’s press marathon stage protest rally
14:21 Zelensky thinks he is under media attack because of ‘anti-oligarch’ law
13:34 Zelensky uncertain regarding second presidential term
13:00 Ex-intelligence chief Burba wanted to involve Ukraine in scandal with Turkey, – Zelensky
12:31 Zelensky alleges a coup against him
12:21 Zelensky claims ‘de-oligarchization’ in Ukraine ‘just started’
08:56 Ukraine reports 34% vaccinated adults
00:53 Zelensky’s spokesman mocked on social media over a post with embarrassing spelling mistakes

20:18 Poroshenko meets with G7 and EU ambassadors to Ukraine
11:16 Officials are fabricating allegations against party activist in Shefir assissination plot, – European Solidarity statement
08:28 Ukraine hit by 17,000 new COVID cases over the last day
01:19 President Zelensky and his top aide sneak out of Kyiv on state helicopter for birthday bash in Carpathians – media reports

John McCain Street in Kyiv got a new street lighting system. The collaborative effort of two American and Ukrainian businesses honors the US senator who was a staunch support of Ukraine and eagerly advocated its interests in the US and worldwide.

On November 3, ITW Systems and SEAR Energetics presented  a new infrastructure project realized at John McCain street in Kyiv. The event was attended by Andy Hunder, president of the American Chamber of Commerce in Ukraine, and Megan Bouldin, counselor for economic affairs with US Embassy in Kyiv. 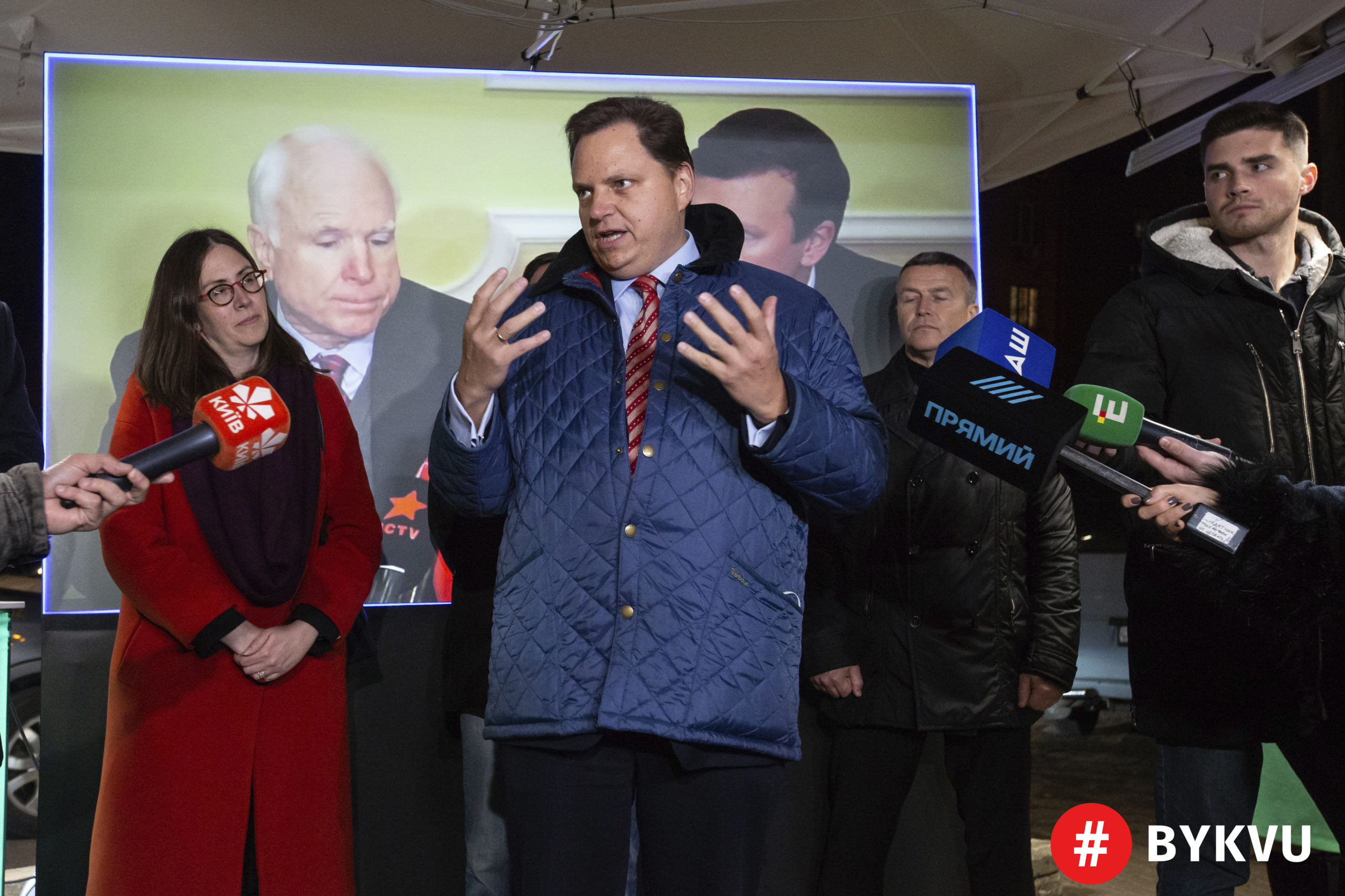 After one of the streets in the Ukrainian capital was renamed after the late U.S. senator John McCain,  Kyiv City Council moved to update its old streetlights.

The conversion project was realized by ITW System and SEAK Energetics companies. 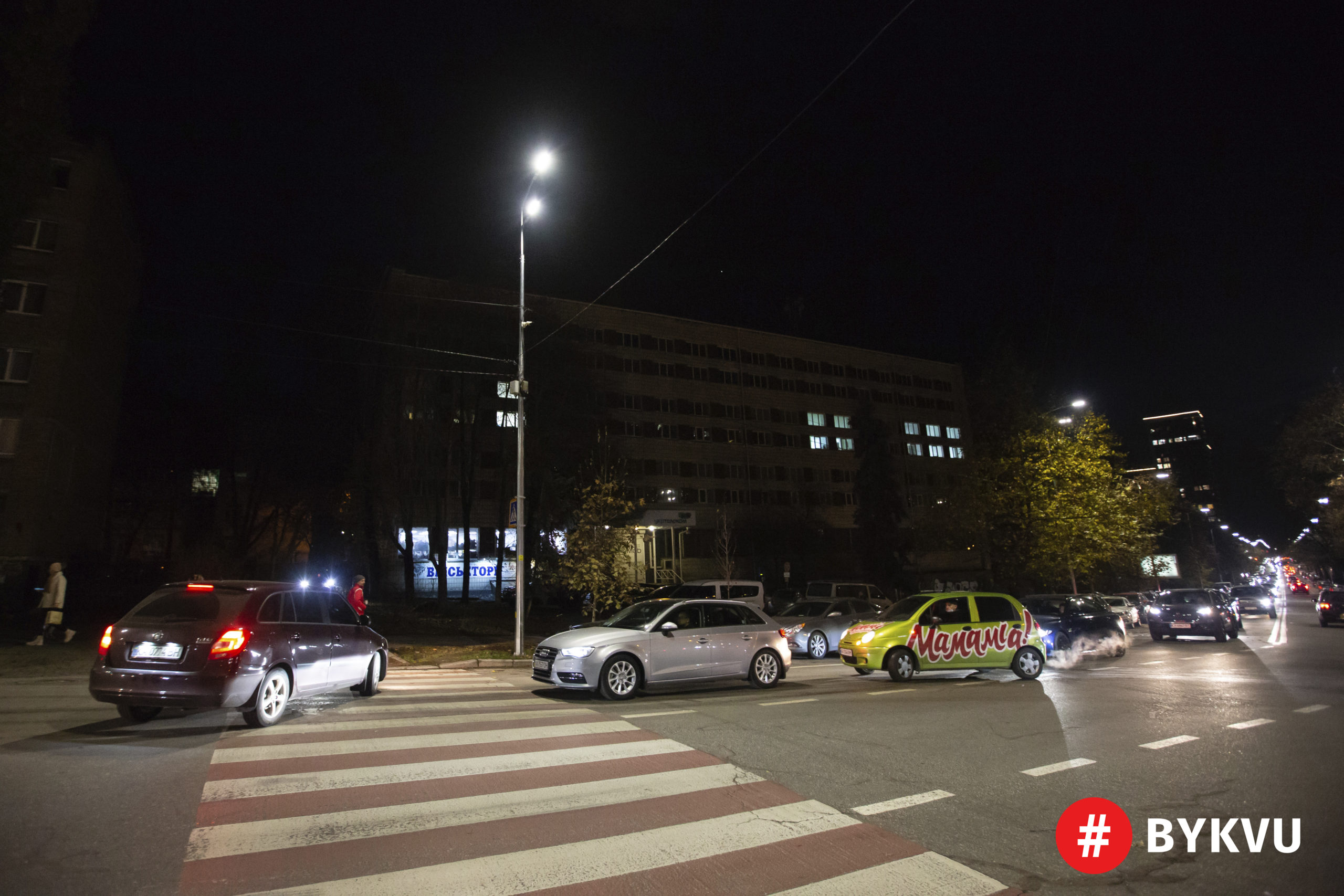 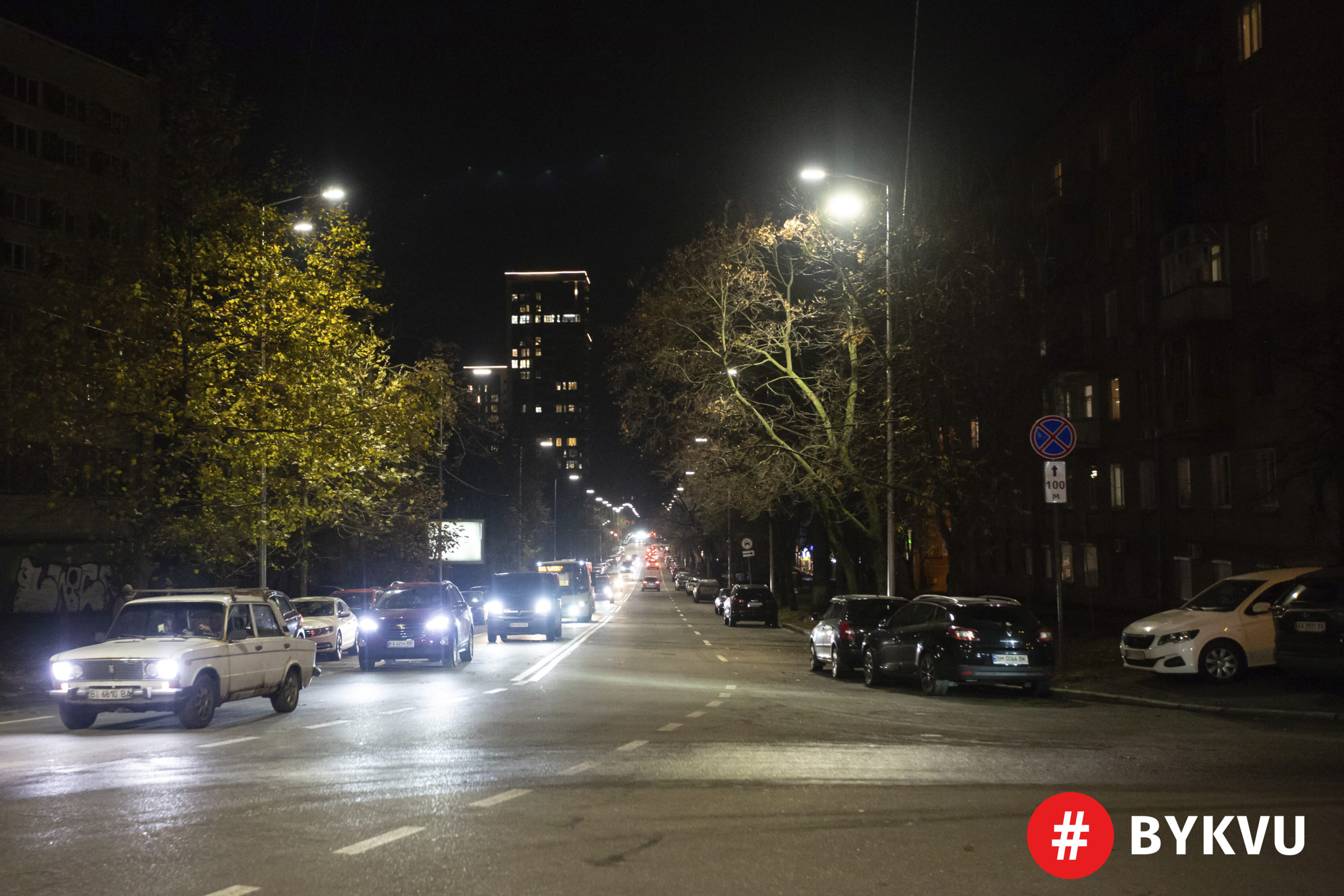 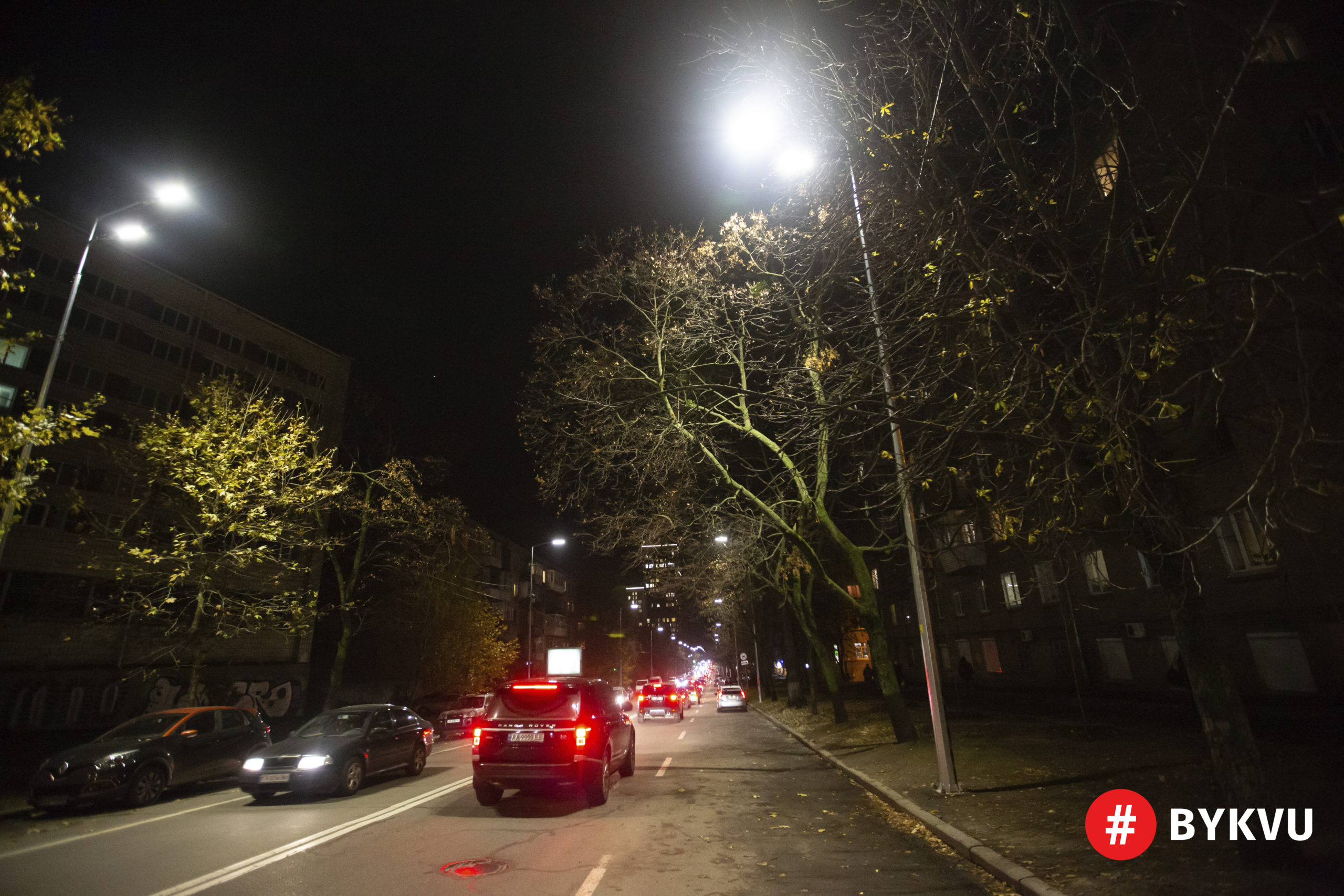 The upgrade included converting the old-style high pressure sodium lights to LED lights that illuminate the area better and promise savings in maintenance and electricity costs.

SEAK  Energetics installed an automated street light system that switches the streetlights at dusk and  switches the off automatically after sunrise. The solution is part of Kyiv energy initiative called ‘Rozumne misto’ that enables to lower  energy consumption by 40-60%.  Smart contollers allow to monitor and operate the system through a console or app changing density of light and providing a swift response to emergencies.

Why the project matters

Megan Bouldin said John McCain would have been proud to learn that he became a ‘symbol of cooperation between the city [of Kyiv]  and business’ for the sake of future of Ukraine’. She also thanked ITW Systems and SEAK Energetics for their collaborative effort that helped make this Kyiv project happen. 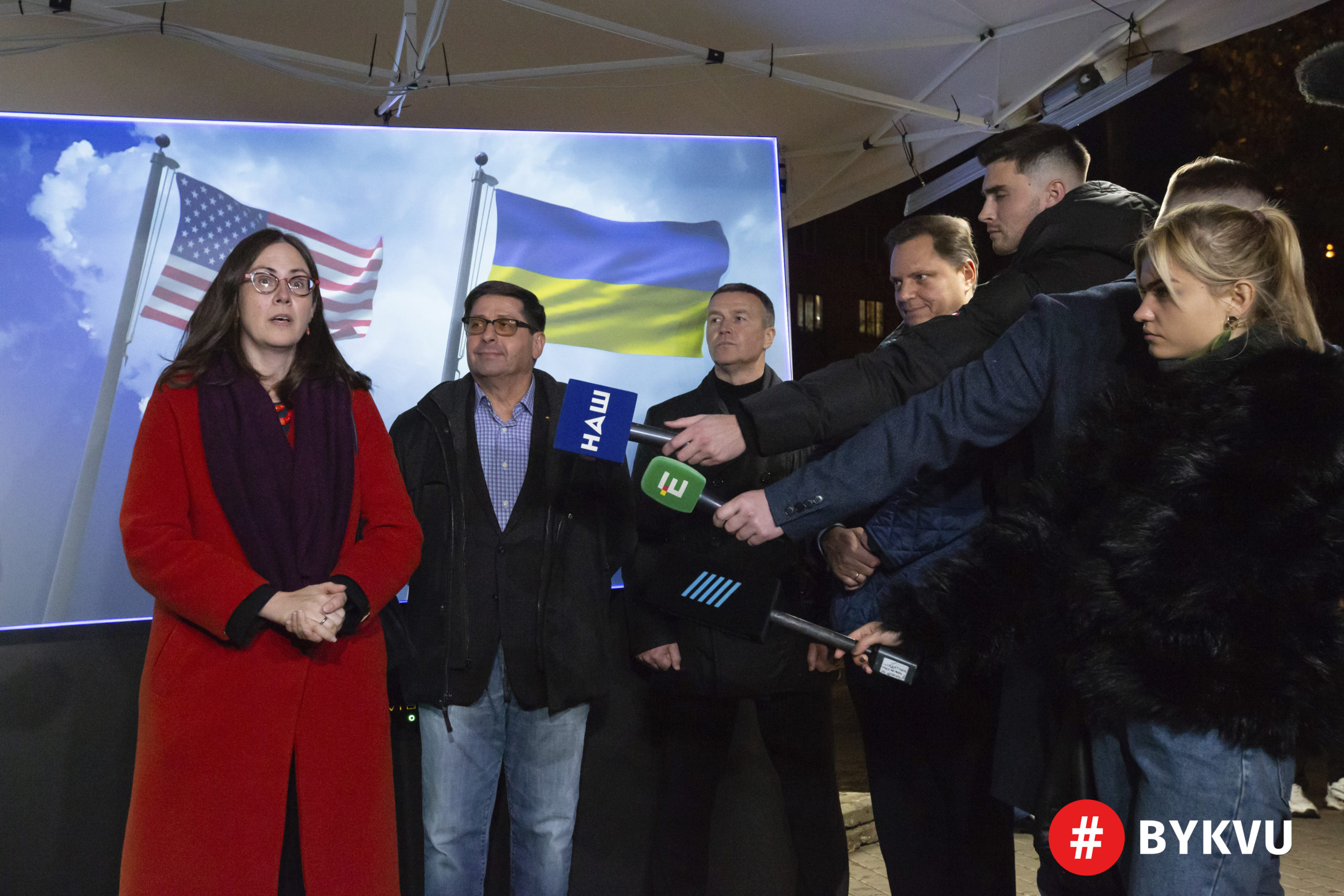 Andy Hunder  stressed the sybmolic meaning of  the project as it pays tribute to the late senator John McCain who was an advocate of  Ukrainian interests in the world. 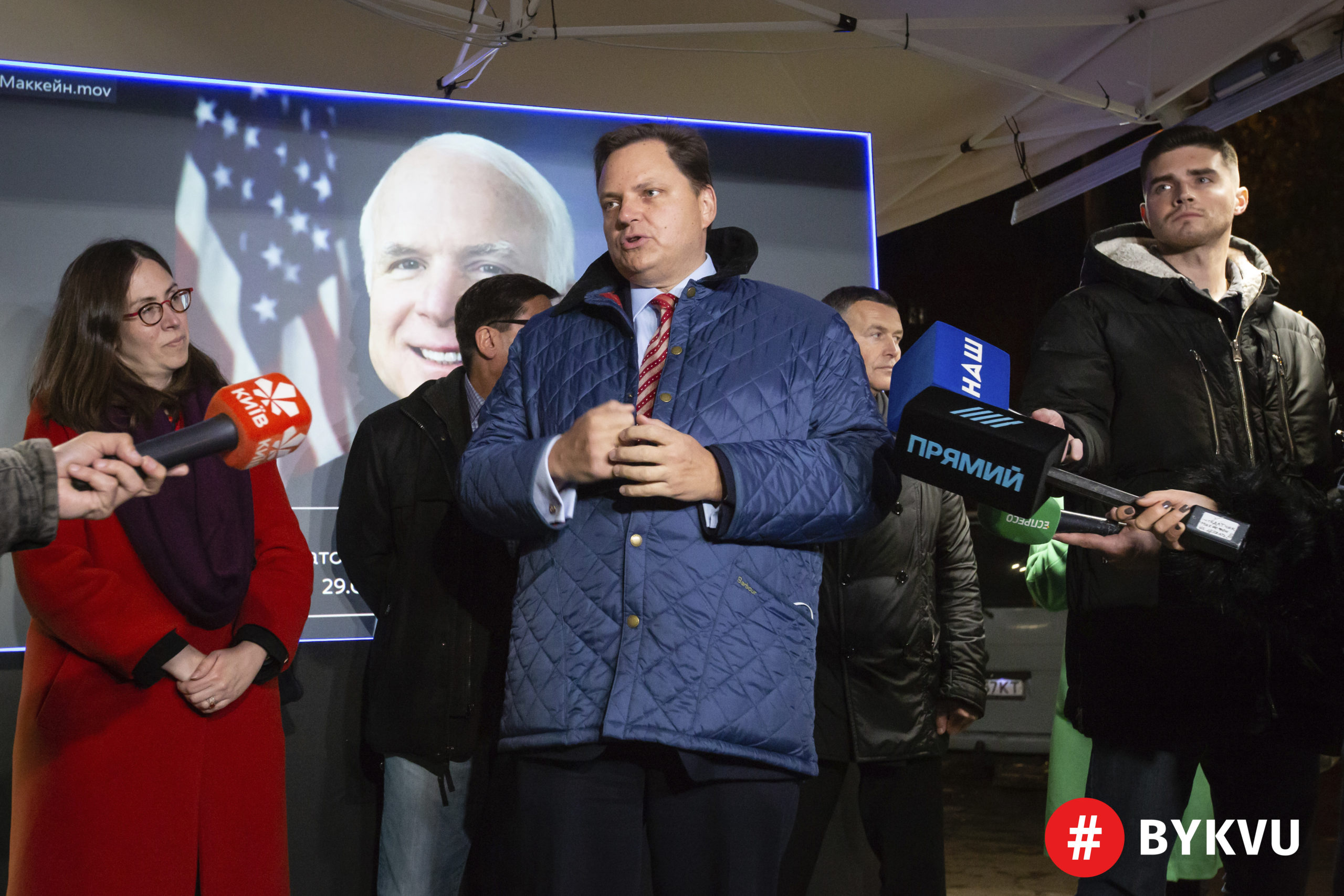 It is symbolic that a joint effort of American and Ukrainian businesses made John McCain street a brighter place, said Andy Hunder noting that the American Chamber of Commerce in Ukraine is always supportive of companies that invest in Ukraine and will continue to encourage such efforts in future. 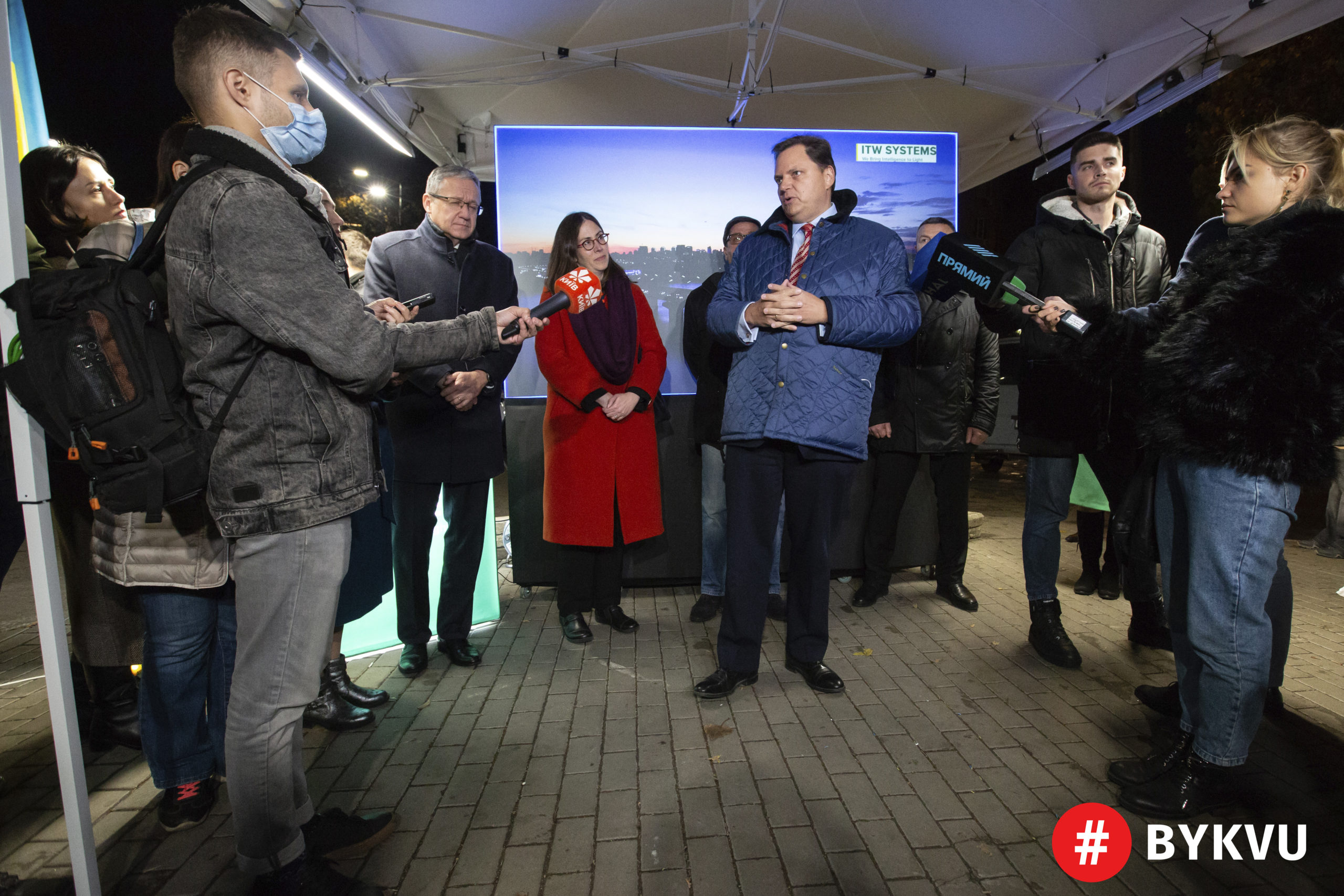 Republican Senator John McCain was raised  in a tradition of military service as his father and gradfather were four star admiral.

Becoming a naval aviator, he went to Vietnam war where his plane was shot down and he was captured. He returned to the US after over 5 years spent in Vietman as a prisoner of war. 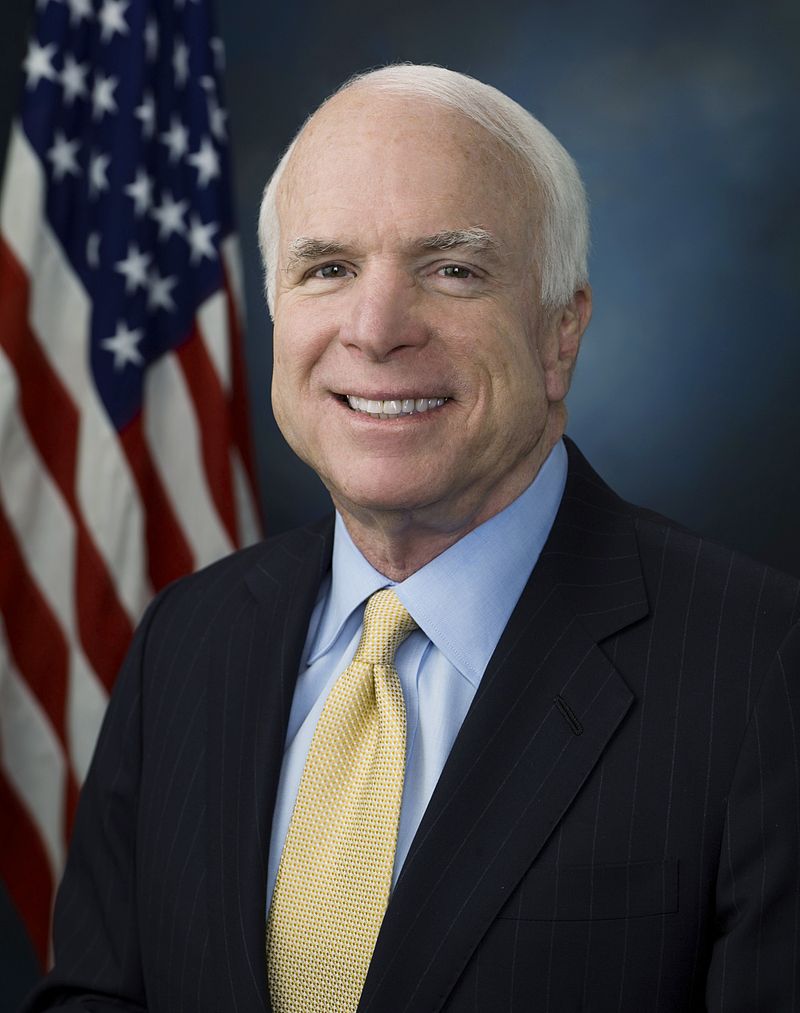 The Arizona senator was a staunch supporter of Ukraine and criticized the American adminstration at times, when they, in his view, were failing to provide due support to Kyiv.

He visited Kyiv soon after a violent clampdown on Maydan protests in 2014, and addressed the Maydan activists with words of support and encouragement.  On the eve of 2017,  he braved to visit Mariupol after the city witnessed agressive acts of  Moscow.

He consistently supported economic sanctions as leverage against violent acts of Yanukovych regime against Maydan activists.

He openly condemned Russia’s aggression against Ukraine in Donbas calling Volodymyr Putin ‘a murderer and a thug’. He was also among the US senators who pushed for providing Ukraine with weapons and military equipment to fend off  Moscow’s offensives, arguing that lack of such assistance further ‘encouraged’ and emboldened Volodymyr Putin.

His stance was tough and unwavering – Ukraine can’t be turned into another Finland, and there can’t be concessions to Moscow as long as Donbas and Crimea remain occupied.

After a year-long battle with brain cancer, John McCain died on 25 August, 2018.

In 2016,  John McCain was awarded the Order of Freedom for his advocacy effort  and promotion of  Ukrainian interests on the international scene.

In 2019, on the initiative from then Ukrainian president Petro Poroshenko one of Kyiv central streets was renamed after John McCain to pay tribute to his memory and contribution the  US senator made for Ukraine.