‘Bronze Captain’ monument  has got mixed response on social media for its clear resemblance to Kyiv police chief who led its opening ceremony. 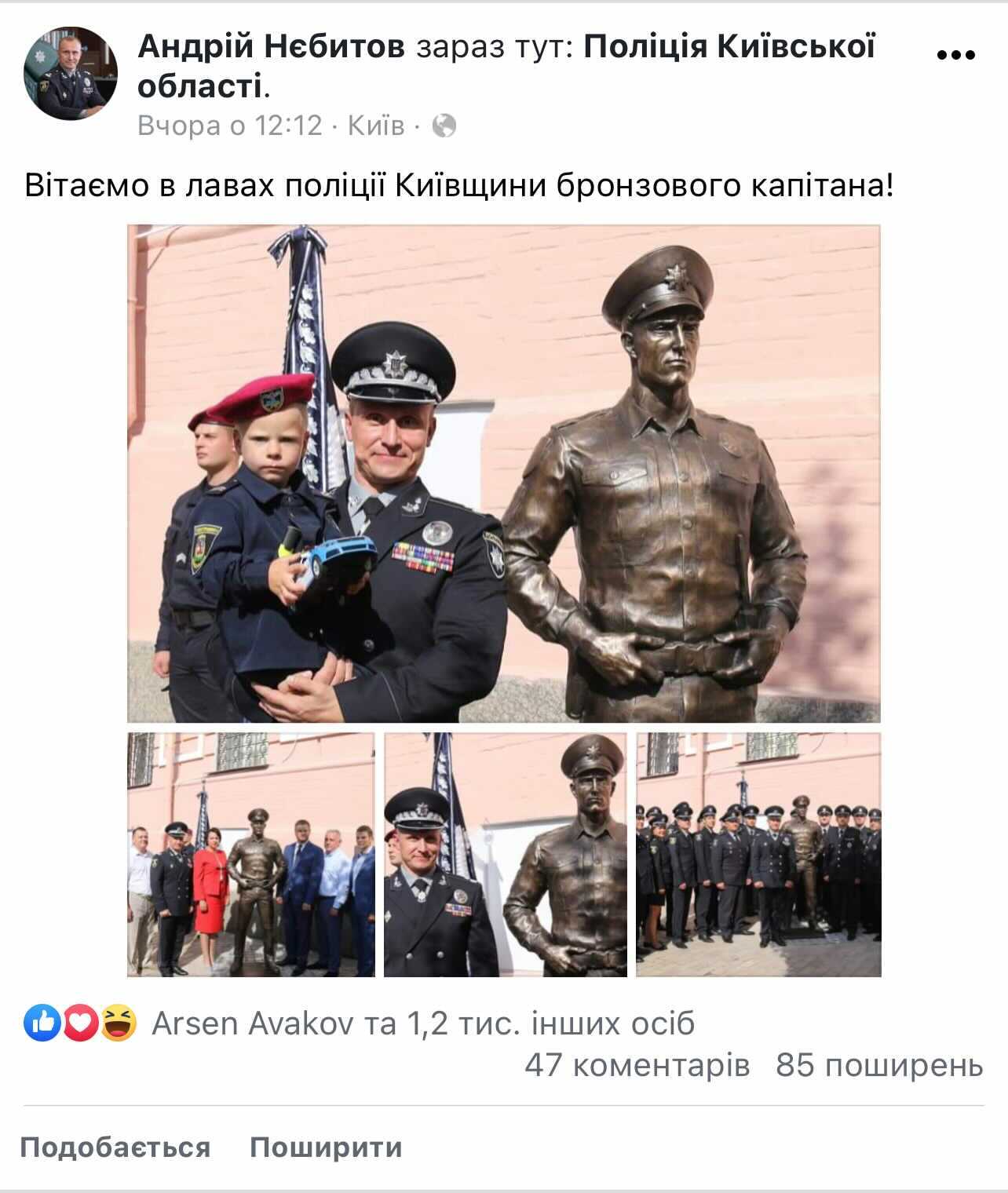 A 180 kg bronze statue was unveiled at Ukraine’s internal affairs ministry Friday to ‘pay  tribute to  active law-enforcement officers who defend lives, rights and liberties of citizens, and protect the state following the motto ‘To serve and guard’.

At its opening ceremony, Gen. Andriy Nebytov called the statue  ‘unique’ and asked those in attendance to share its photos on social media arguing it gives ‘the feeling of safety’.

The police general who happened to have his birthday on the day was lauded by his fellow workers on social media. In the videos on social media that were soon deleted police officers were seen chanting congratulations to the general at the dry run of Independence Day parade at Kyiv Maydan square. 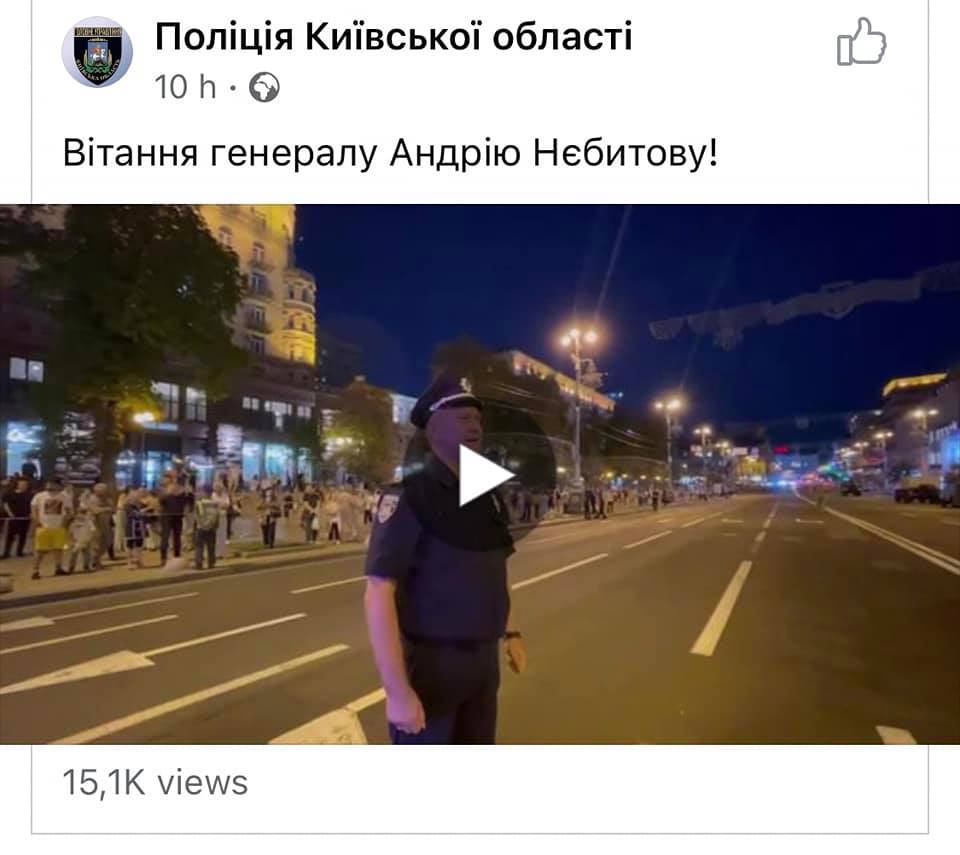 Online reaction was harsh and scathing as the commemorative monument is seen as  ‘kowtowing’ to the general Nebytov. 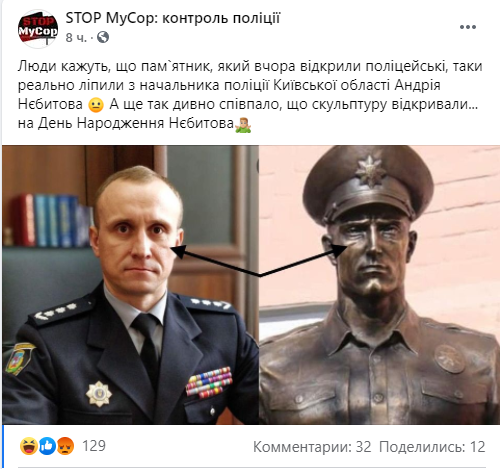 Some social media users mocked the ‘shameless’ and ‘narcissistic’ statue with one online commentator suggesting Nebytov  ordered the statue to save money on his future tomb monument. Remarkably, the post on Nebytov’s social media sharing news about the monument opening  enjoys positive and assumingly carefully weeded commentary. 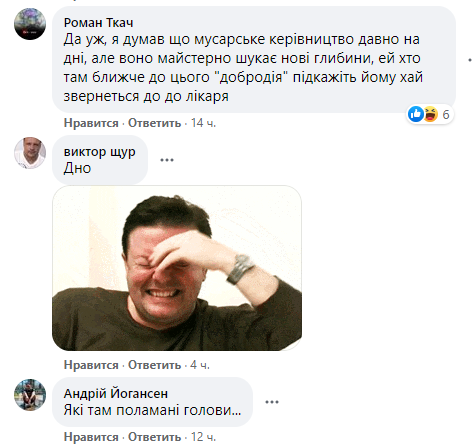 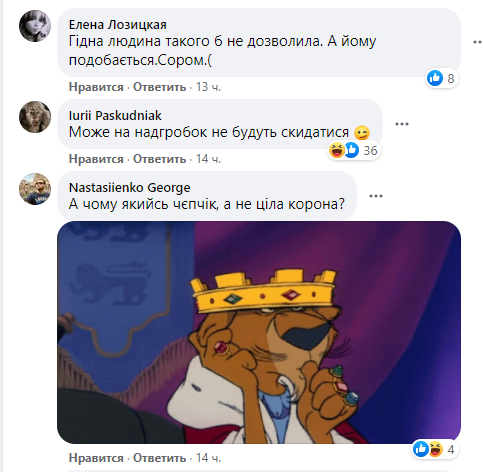 Following backlash on social media, ‘Bronze Captain’ statue was hastily covered under a tent cloth with two law-enforcement officers put on guard nearby.