On Monday, the owner of ‘Kyiv Post’ Adnan Kivan said he was temporarily suspending the work of the oldest Ukrainian English-language newspaper.

Ukrainian oldest English-language newspaper has suspended publication after 26 years  after its owner Adnan Kivan said he is planning re-boot of the project.

‘God bless all of us. One day, we hope to reopen the newspaper bigger and better’, said  Kivan in his statement, giving credit to exiting editor Brian Bonner for his contribution to independent journalism in Ukraine.

The shutdown prompted blowback from the  journalists of  ‘Kyiv Post’.

In a post on social media, Anna Myroniuk said the journalists knew about the plans of the possible ‘expansion’ of the edition yet took it as interference after the editor’s room got a new hand-picked chief editor.

The journalists said the abrupt reshuffle in the editorial team came as  a surprise for them. They tried to negotiate with the owner but the talks got nowhere.

They stressed that the move by the owner was a ‘revenge’ to get rid “of inconvenient, fair and honest journalists”.

Seeking support, the laid-off journalists moved to get the situation in the public eye. 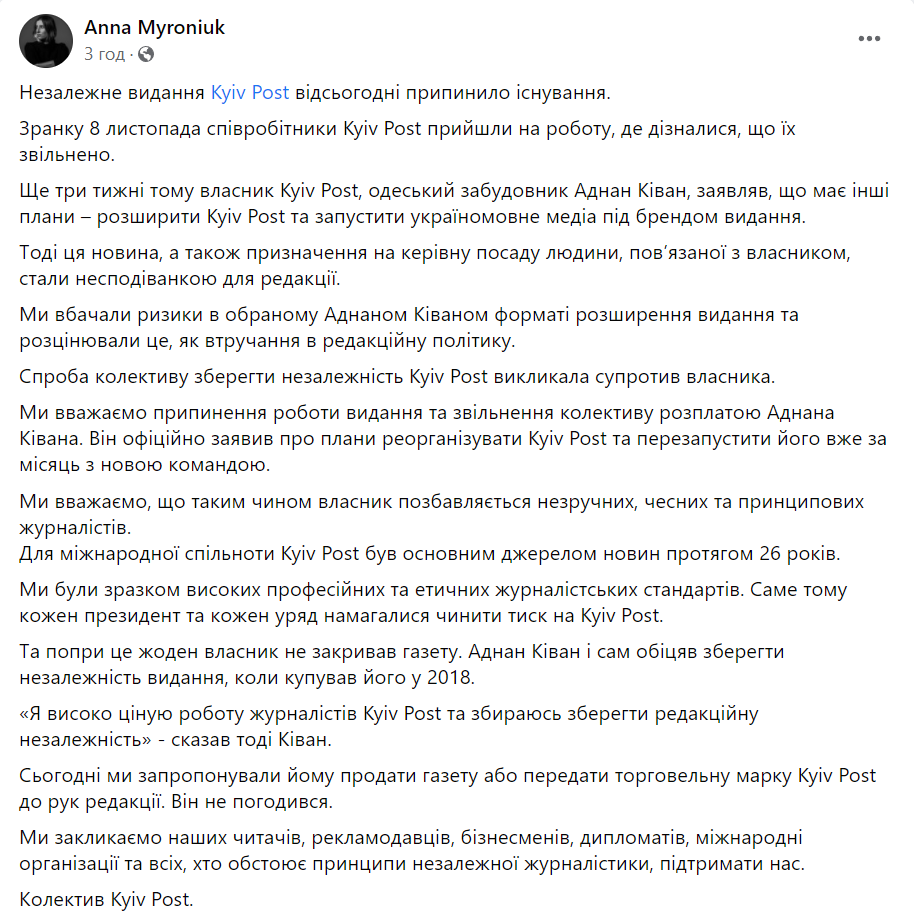 The former deputy editor-in-chief Olha Rudenko called it ‘killing of the independent edition’ and blasted the owner’s decision that will see ‘pseudo rebooted team, which has nothing to do with journalism ‘Kyiv Post’ was part of for 26 years. 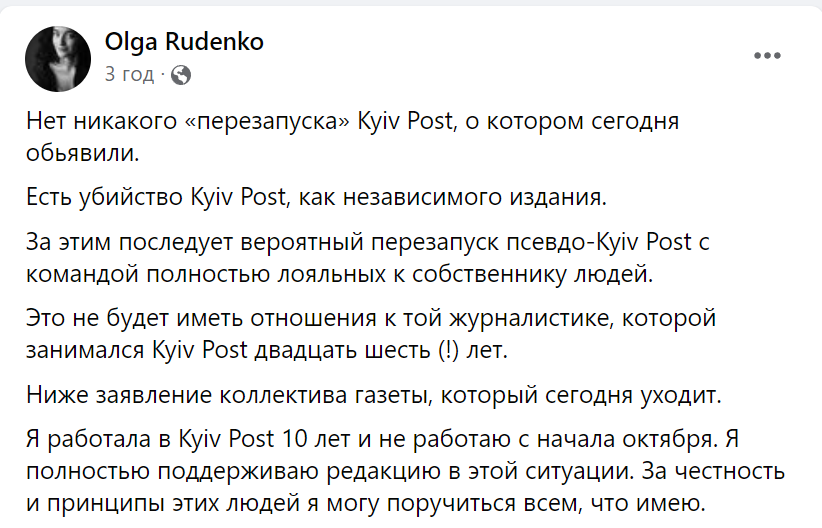