‘Legal manipulation’ and ‘affront’, ‘Naftogaz’ responds to shake-up of its managment

‘Nafogaz’ makes a statement on the latest company’s management changes that saw forceful exit of Andriy Kobolev and arrival of Yuriy Vitrenko as its new CEO. In its official statement, the company calls this move a ‘legal manipulation’.

In its official statement, the company calls the Ukrainian government decision to sack Kobolev a ‘legal manipulation’.

“To relieve the Advisory Board of their duties for two days to enable CEO dismissal is an affront to fundamental principles of corporate governance,” says the statement.

The company criticized the return of ‘manual control’ practices for state companies and stressed that “Naftogaz’ employment and dismissal issues are administered by its Advisory Board and can not be delegated to the general meeting of stakeholders.

Countering the government concern over the company’s huge losses, ‘Naftogaz’ cited numerous ‘loopholes’ in the state regulations as a main reason of its debts.

The government actions are sending a negative signal to other state companies and their investors, says the statement. 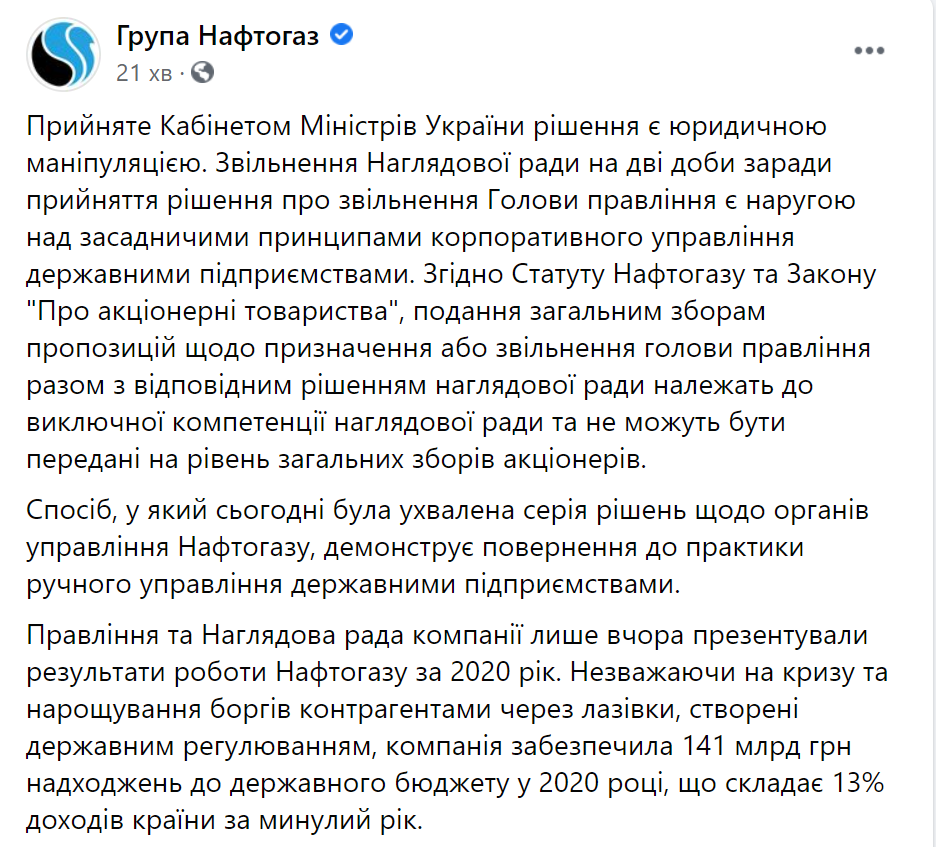