A Chernyhiv local is taken to court in connection to misdemeanour charges of spraying graffiti with alleged insults against the Ukrainian president Volodymyr Zelensky.

The news came from Oleksandr Tarnavskyi, a Chernyhiv local, who claims police is taking aim at him over offensive graffitis.

In a comment to ‘Bukvy’, Oleksandr Tarnavsky stated that he learned about the criminal proceeding against him by accident:

‘It happened on Tuesday or Wednesday… In the Chernihiv central square, a bunch of police officers and municipal guards surrounded me as if I was a dangerous criminal, and ordered me to go to the police station. Of course, I refused, asking about any legal grounds. It turned out that the police had opened a criminal case against me accusing of 120 graffiti saying ‘Zelya is a d***head’

According to Novozavodskyi District Court of Chernihiv records,  a hearing on Tarnavskyi case will take place on September 13 at 11:00.

The website of the National Police of Ukraine ran a report entitled ‘Chernihiv police brought a man to justice for hooliganism’, which claims Tarnavskyi scribed rude insults on the fence.

Police claims possession of  the footage where  28-year-old local resident admits his involvement in the act of hooliganism. 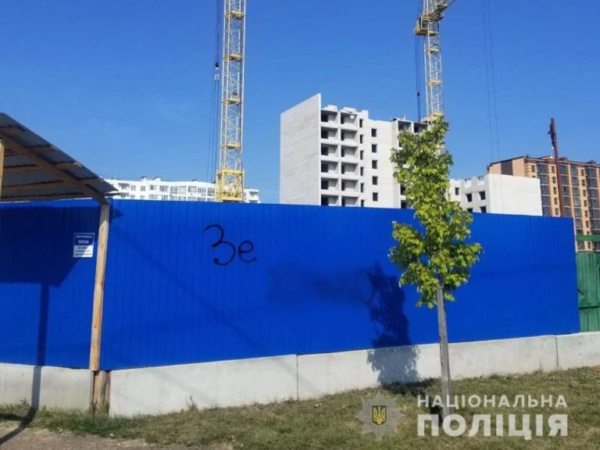 ‘Bukvy’ approached the National Police of Ukraine in Chernihiv region with an information request about criminal proceedings concerning ‘Zelya is a d***head’ graffiti.

It is worth noting that Ukraine has the history of criminal cases targeting individuals for alleged insults of top state officials. In 2011, the police launched a criminal investigation into graffiti with the image of the then president Viktor Yanukovych. In 2013, three people were sentenced on similar charges with reports surfacing of alleged torture used against one of the suspects.