A drama theater in Mariupol, which has served as a shelter for hundreds of civilians, has been bombed by Russian invaders, the city council informs.

The Russian strike destroyed the central portion of the theater building and left the shelter entrance under rubble; the exact number of casualties is currently unknown.

‘It is impossible to find words that could describe the level of cruelty and cynicism with which the Russian occupiers are killing the civilian population of this Ukrainian city’, the statement says, adding that the genocide of Ukrainians is the main goal of the Russian aggressor. 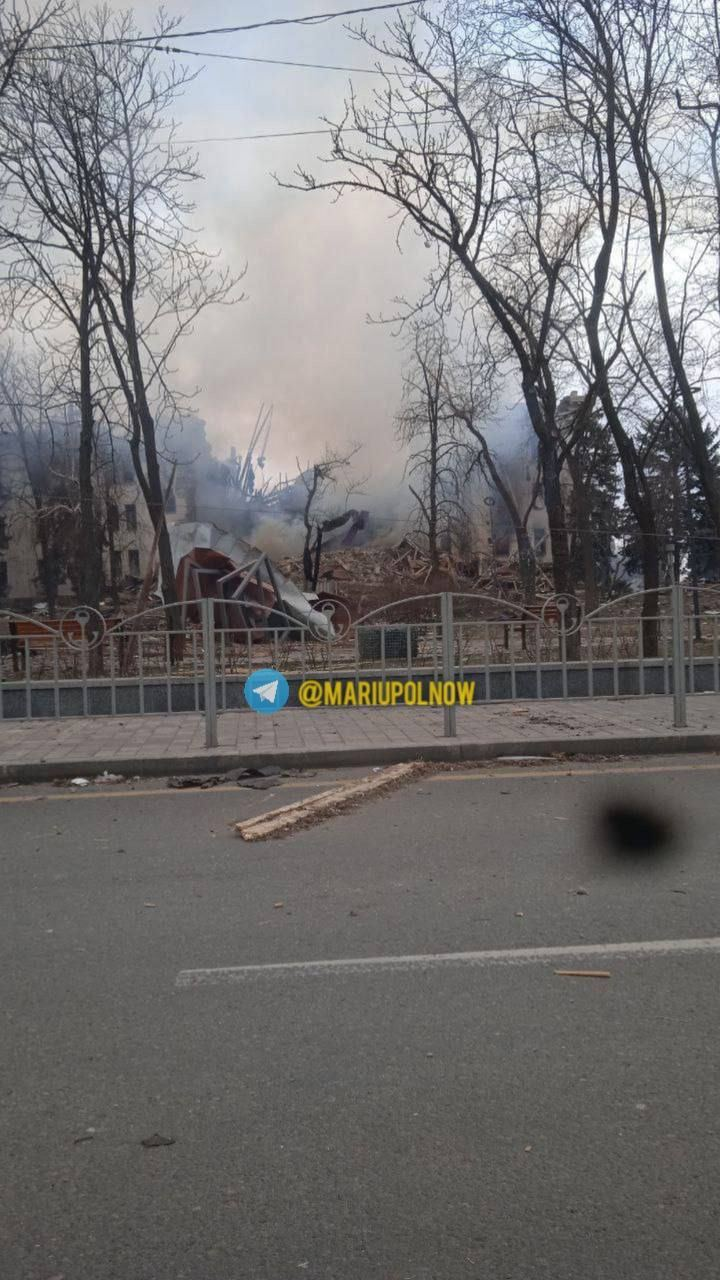