Ukrainian law enforcement continue their efforts to identify the places of mass burials in the de-occupied territories.

A mass grave with at least 17 dead bodies was found in Borivskyi district of Kharkiv region, National Police said in a statement. 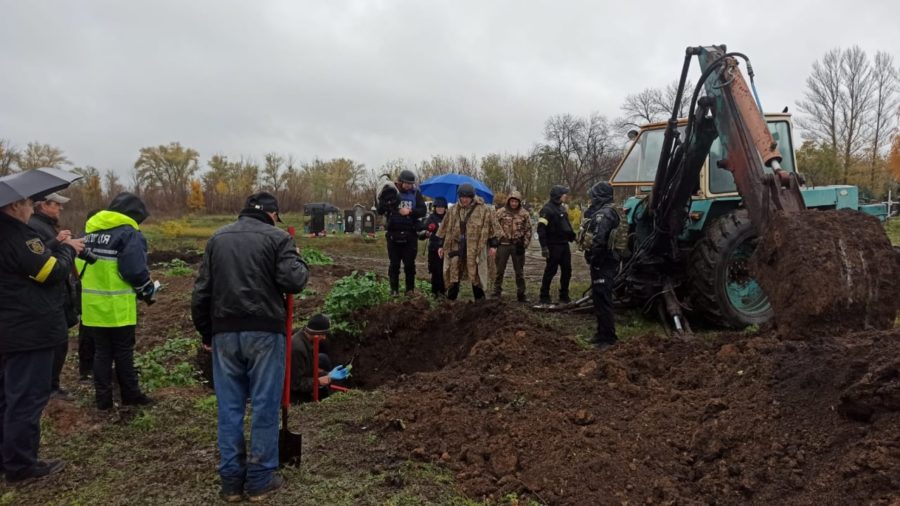 The mass grave was reported by the residents of Kopanky village. On April 13, Russian occupiers brought killed civilians and Ukrainian soldiers from the surrounding area and buried in the mass grave.

Then the grave was levelled with earth with tanks. The occupiers did not put any sign on the spot. Later, local residents put three crosses to mark the perimeter of the grave.

All bodies will be exhumed and will undergo forensic procedures.