The news of ‘Ukrainska Pravda’ takeover by Tomas Fiala’s investment company had a ripple effect for Ukrainian mediascape as the popular online newspaper changed hands after 20 years of work as independent media. ‘Bukvy’ revisits the ‘success story’ of the Czech financier who now claims a sizable portfolio of media assets in Ukraine.

Apart from investment banking and brokerage services that are the main focus of his business, Tomas Fiala has established his presence in Ukrainian media business and earned publicity thanks to his affiliations with several civil society  organizations in Ukraine. 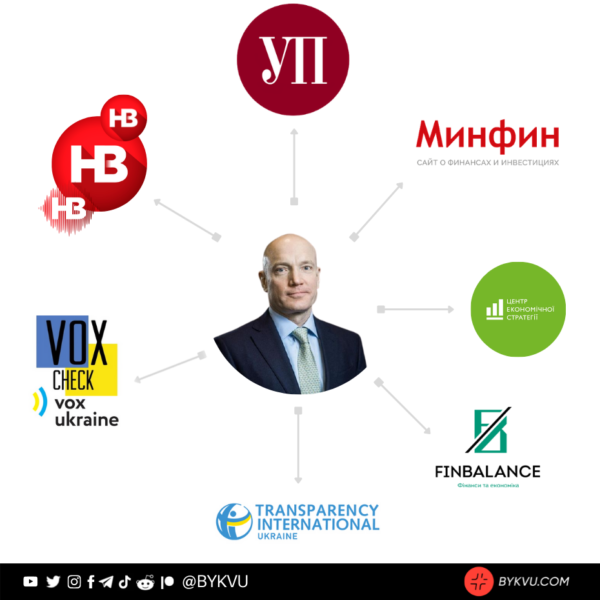 His NV (Novoe Vremya) media group includes a ‘NV’ radio station earlier known as ‘Era’. According to reports, the radio station was previously owned by a front company of  the pro-Russian politician Andriy Derkach recently blacklisted by the US administration – the politician’s  complaints about the pressure his “Era-media’ group was facing at the time point to his alleged affiliation with ‘Era’ radio station.  With Tomas Fiala taking over this media business in 2017, NV radio executives choose not to bring up the previous ownership issue.

Soon after the Novoe Vremya acquisition Tomas Fiala stated that his media asset would reach breakeven point within 3 or 4 years. Nevertheless, keeping ‘NV’ media afloat cost him $ 10 million in 2019 – back then, the financier revealed, in his side comments, he was not taking media business ‘just as a business’.

This year has seen increasing presence of Tomas Fiala in the local media market – just three months after ‘Minfin’ and ‘Finance.ua” deal, the financier moved to buy ‘Ukrainska Pravda’.

While his previous acquisitions drew no scrutiny, ‘Ukrainska Pravda’ deal does raise some questions.

In fact, it is still unclear what business Tomas Fiala has bought. Dragon Capital in a statement said it is an ‘agreement under which a 100% stake in the publication and related assets will be transferred to the Dragon Capital group of companies’.

The state register knows three different legal entities under the name of ‘Ukrainska Pravda’ – there is a public organization, a private enterprise, and a limited liability company. As the business owner, Olena Prytula was affiliated with the two former of those, and she just could not advance the deal  on her own given the non-profit public organization has two more co-founders.

Claiming a non-profit organization status has its upside for media in Ukraine as it makes you exempt from taxation,  otherwise you would have to pay regular taxes on revenues from advertising. 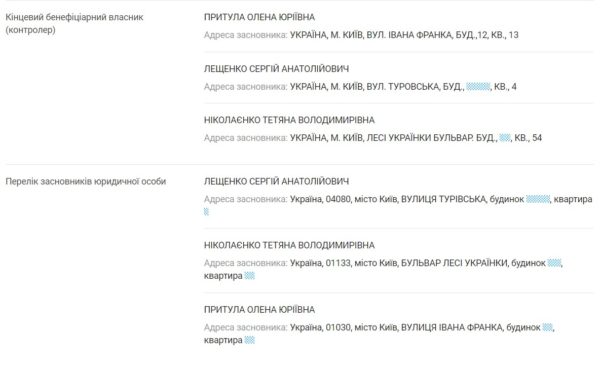 What raises an eyebrow is the fact that Olena Prytula, according to Youcontrol register, is still listed as a sole owner of the private enterprise ‘Ukrainska Pravda’, which somewhat obscures the narrative on the deal with Dragon Capital.

The key to this puzzle is found when you look at who holds the registered trademark to “Ukrainska Pravda’. It is UP Media Ltd formerly known as Sakura Park Ltd.  Cherry blossom appears to be a good cover-up for questionable dealings when you sermonize on ‘trasparency’ and ‘openness’. It is also worth mentioning a recent story that saw the controversial blogger Anatoliy Shariy taking ‘Ukrainska Pravda’ Ltd  to court and winning. Back then, ‘Ukrainska Pravda’ shrewdly claimed they had no relation to the story. 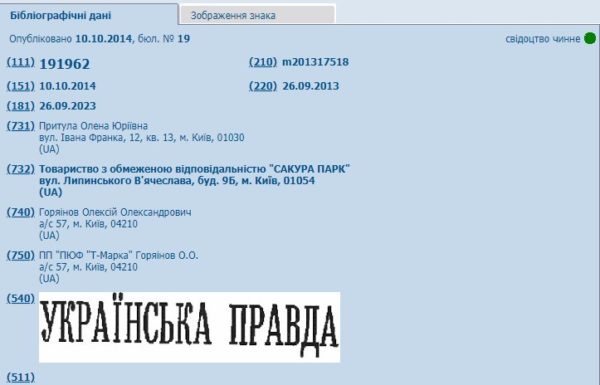 According to Youcontrol records, Tomas Fiala is now the ultimate beneficial owner of this elusive UP Media.

How much the deal is worth remains a mystery. In her remarks on the deal, Olena Prytula revealed her intention to hand over $600,000 to the family of Georgiy Gongadze, and make donations to establish Pavlo Sheremet scholarship and Georgiy Gongadze Award. In 2007, ‘Ukrainska Pravda’ was reportedly worth $5-10 million, which can be a splinter of what it may be worth now given its established media status.

Although Dragon Capital reports donations in seven-digit range yearly, it is more about influence entanglements behind such philanthropy.

Dragon Capital chief economist Olena Bilan happens to be a co-founder of public organization Vox Ukraine where she acts as an advisor and editorial board member. 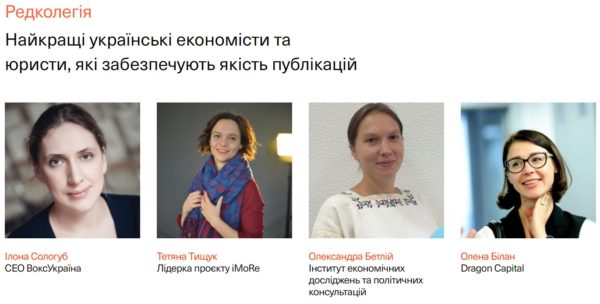 Tomas Fiala is cited as a co-founder of  public organization Centre for Economic Strategy – he also joined its advisory board along with Ms.Bilan.

He is no stranger to Kyiv School of Economics either – in 2018, he joined its directory board.

Since 2010, Tomas Fiala has served in the role of European Business Association president. His presidential tenure though saw a short break in 2015-2016 following his Kyiv property fraud story that embroiled the Swedish diplomat, Kyiv Pecherskiy Court and notorious judge Serhiy Vovk.

Ukraine still remembers an ill-fated foray into media business by a young magnate who several years ago went on a buying spree adding to his UMH Group such media outlets as Korrespondent, Forber Ukraina, KP.UA,  and Argumenty i Fakty. According to media stories, he was also took a keen interest in civil society initiatives and sports.

It would be definitely wrong to question ‘transparency’ of Tomas Fiala acquisitions, and the financier will probably have no trouble explaining origin of his wealth allowing his  to splash on acquisitions like ‘Ukrainska Pravda’.

History repeats itself, said Hegel, and we will have to wait to see how it will unfold for this time for a new owner of ‘Ukrainska Pravda’.