More than 55% of Ukrainians consider the government of the current President of Ukraine Volodymyr Zelensky amateurish. 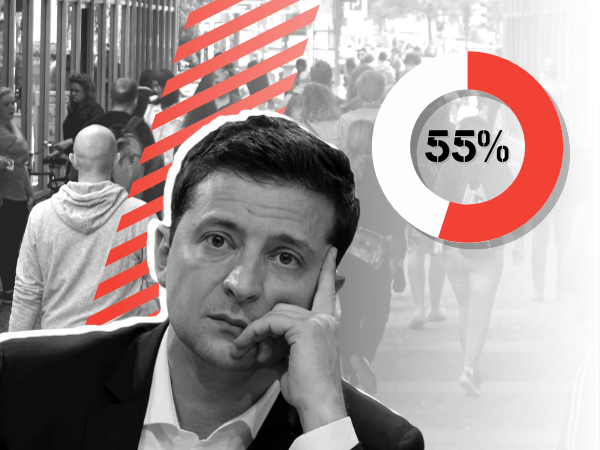 According to the poll conducted between May 28 and June 3, 2021 by the Centre of Social and Marketing Research (SOCIS), the respondents offered a scathing verdict to performance o fVolodymyr Zelensky’s government.

55.3% of the respondents called it ‘amateurish’

15% of the respondents consider it ‘populist’

12.9% of the respondents said it is ‘competent’

16,9% of the respondents found it difficult to answer.

66.5% of the respondents said the President has not delivered on his election campaign promise to  ‘end the era of poverty’; 25.3% believe that the latter promise has been ‘partially fulfilled’; 1.2% are sure the promise has been completely fulfilled.

One in two Ukrainians (50.1% of respondents) claimed that Zelensky overall failed to deliver on  his 2019 campaign pledges.

33.2% of respondents said ‘only some promises have been fulfilled’.

Only one in ten (9.6% ) agreed that ‘the most of the promises have been kept or are being fulfilled’.

According to 21.3% of the respondents, the Verkhovna Rada is responsible for the social and economic situation.

The telephone poll САТІ (Computer Assisted Telephone Interviewing) was conducted between May 28 and June 3, 2021. Respondents aged 18 and up across the country (except for the Autonomous Republic of Crimea and the occupied territories) have been polled.