Most Ukrainians shrug off  Zelensky’s anti-oligarch law and are skeptical about his reelection, poll finds

The new poll findings are bad news for Volodymyr Zelensky with two thirds of voters now opposing his relection.

The survey conducted by the reputed KIIS pollster in the late November showed most of Ukrainians have never warmed up to Zelensky’s  ‘anti-oligarchs’ campaign.

While only 18% of Ukrainians agreed the president’s  initiative will ‘help make Ukraine more successful and is an earnest push for justice’,  twice as may of them  (36%) believe the controversial legislation was a ‘populist measure’ adopted to drive up his flagging base support.

One in five respondents (20,7%)  agreed the law is  ‘an attempt to gain control over  TV channels owned by oligarchs’.

Meanwhile, 17,5% of people see it as a veiled campaign staged by Zelensky officials seeking to ‘walk off with oligarchs’ assets’.

KIIS poll has also examined the attitude of Ukrainians to the idea of  Volodymyr Zelensky’s reelection, and the poll projections can surely dent his future electoral ambitions.

While a third of Ukrainians (34,3%) are okay about him having another go at presidency, almost 3 in 5 Ukrainians (58,2%) are opposed to his second term.

There are still about 7% of undecided voters but the writing is clearly on the wall for Zelensky. 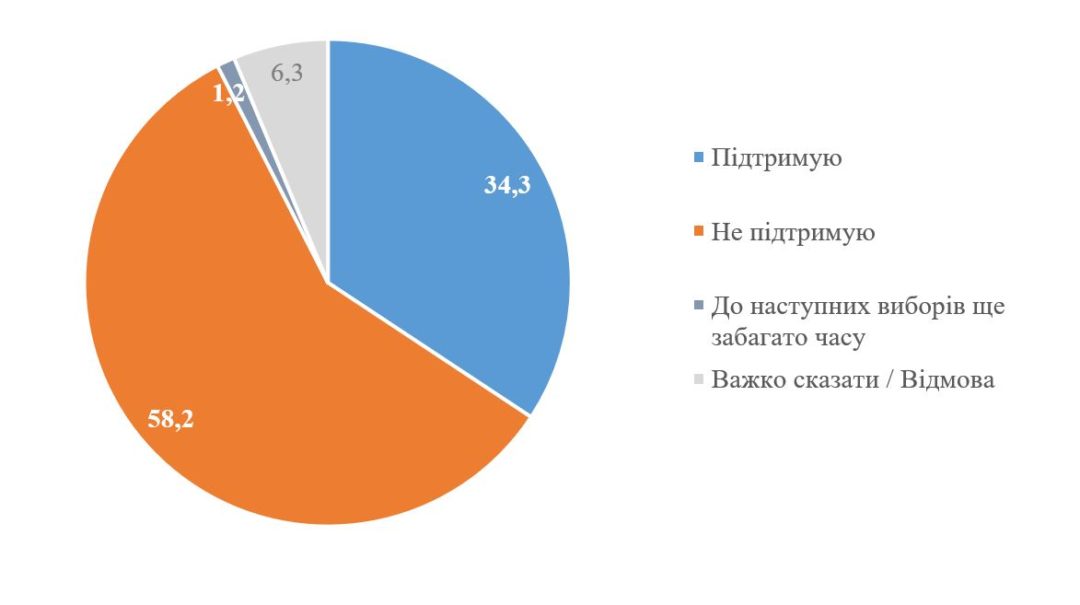 The Ukrainian president hasn’t given a hard ‘yes’ to the reelection run.  During his last press conference he argued the decision about another shot at presidency will ‘depend on wishes of Ukrainians and his own family’.