23:23 DBR claim Poroshenko decided to leave Ukraine when he got to know about charges, Poroshenko’s lawyer states shadowing

A new poll by ‘RATING’ pollster found most of Ukrainians have a scathing judgment on how Ukrainian economy was doing in 2021, with staggering 7 in 10 respondents (71%) calling it poor or very poor. 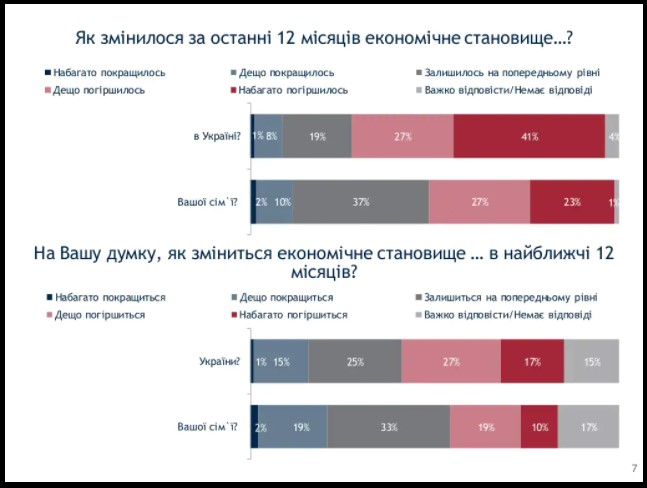 It is notable that almost one in four respondents claim their financial well-being has considerably worsened.

When it comes to top priorities facing the country, corruption, rather routinely, remains the No.1 concern for 45% Ukrainians and is followed by inflation (34%).  Almost one in three respondents (31%) say they worry about the increased bills.

Despite 2021 economic woes, economic sentiments about 2022 are somewhat optimistic. A quarter of respondents (25%) say the economy will do better, or, at least, will not deteriorate (15%) next year.