Myrotvorets website that keeps tabs on individuals with anti-Ukrainian stance has responded to the fabricated criminal case against the former Ukrainian president Petro Poroshenko by blacklisting the state officials involved in his persecution and harassment campaign.

Among the new arrivals on the blacklist is chief prosecutor’s deputy Oleksiy Symonenko who stepped in to sign Poroshenko’s indictment while her boss Iryna Venediktova was notably absent from work on a ‘leave day’, which was a smart move allowing her to shift responsibility for the clearly  unlawful decision. 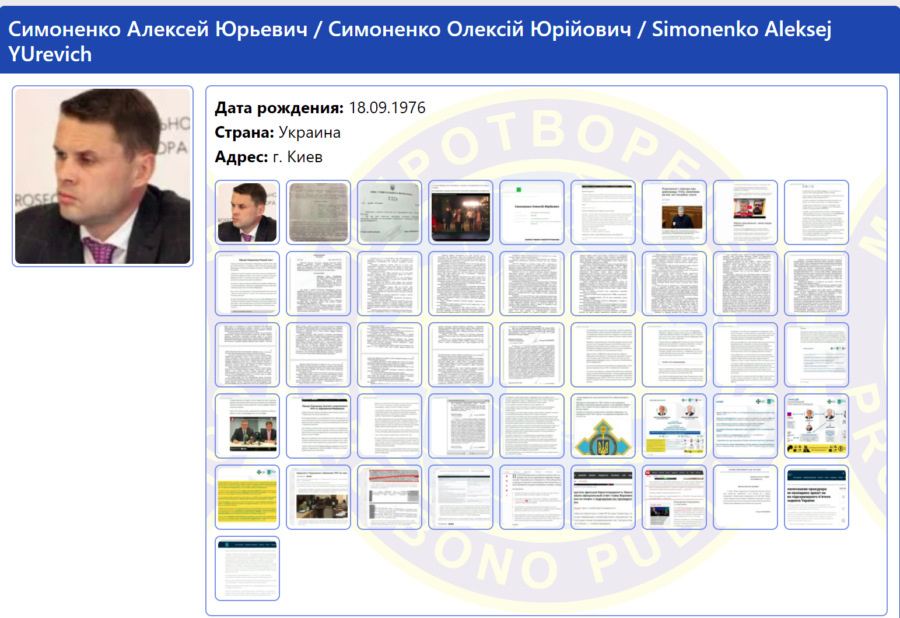 Myrotvorets said Symonenko was ‘conscious’ the indictment for Poroshenko was a ‘criminal act’, yet he ‘blatantly disregarded his professional oath and Ukrainian laws by rubberstamping the fabricated formal suspicion’.

Symonenko has long worked in different roles in Ukraine’s chief prosecutors’ office and his professional accomplishments got him several awards from the fugitive president Viktor Yanukovych back in 2010s.

Myrotvorets also blacklisted senior investigator Maksym Dzvonyk and prosecution officer Yuriy Belkin who reportedly tried to inform the former Ukrainian president of the indictument and later filed a motion for his detention.

The website database also had earlier mentions of state prosecutors Oleksandr Safaryan and Oleksiy Bondarenko who were leading a probe in Petro Poroshenko’s role with 2-14-2015 state coal contracts which were secured by then Ukraine’s president at coal mines in occupied Donbas.