‘No time for spam, wrangling and publicity’, – Zelensky calls for unity in his first in-person speech in Ukraine’s parliament since Russia aggression 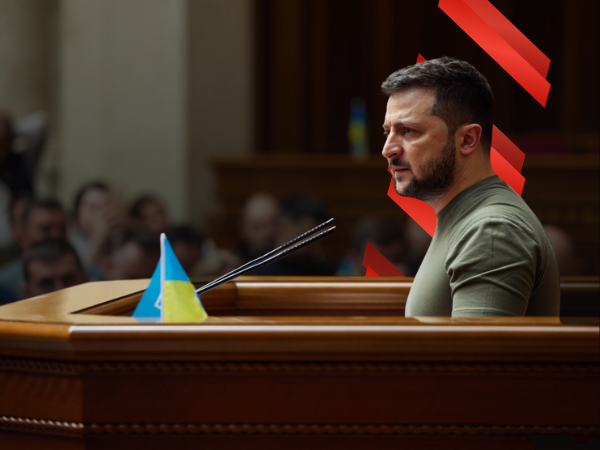 On Tuesday, Zelensky appeared in the parliament to in person for the first time since the Russian aggression.

His long absence shouldn’t be taken as a snub but rather a manifestation of trust to Ukrainian lawmakers, said Zelensky in his speech, as the parliament is tuned in to all the latest developments in the country and is attending to those.

Giving the MPs credit for their work in these challenging times,  Zelensky urged them to focus on two things – ‘people and Ukraine’, adding the Ukrainian politics, these days, has no time for ‘spam, wrangling and publicity’.

‘Today it is important to have wise rationalism and healthy nationalism,’ added the president as lawmaking becomes part of fighting on the home front.

Zelensky spoke about unity and sacrifices for the sake of Ukraine.

There is little choice, and those who are holed up away from the country should be condemned and ‘go the way of sunk Russian cruise ship’.

Zelensky struck an warning note, calling on Ukrainian MPs to come up with law initiatives that must be as ‘timely as the US Lend-Lease’ and  ‘on the mark as Stugna and Bayraktar [weapons]’.