After 13 years of artistic hiatus and stumbling side projects, the Norwegian rockers are coming back with a new release 'Chimes at Midnight'. 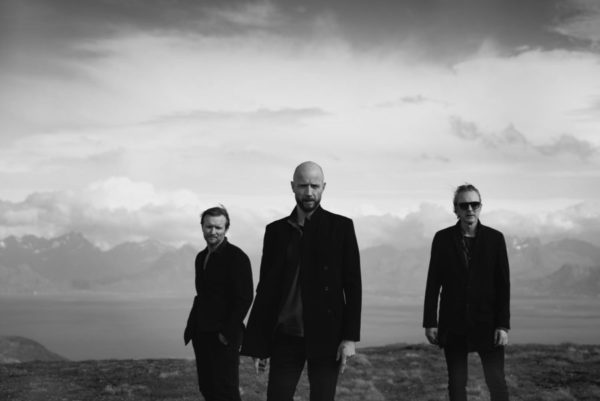 Madrugada broke into the music scene in 1999 with a debut album Industrial Silence that soon topped the Norwegian music charts making it an instant Scandinavian rock classics.

On the heels of commercial success of their first effort , the musicians churned out four more albums over the course of the next 10 years. Their ascend suffered a tragic blow when Robert Buras, who was behind most of the band’s lyrics, was found dead in his apartment  in 2007.

The band decided to carry on and wrapped up  their fifth album a year later, in 2008. The musicians staged a farewell tour to play Robert Buros favorite songs and then called it a day.

The band reunion happened 6 years later, in 2019, when the musicians co-wrote  a song for ‘Amundsen’ film soundtack.

The following year the reformed Madrugada went for a tour to mark the 20th anniversary of Industrial Silence. Back then, Sivert Hoyem said the reunion came as ‘the final piece of the puzzle’ and helped him to address the stress issues he was experiencing at the time.

Warm response the band got on the 2019 tour and resurging interest to their music from younger audience prompted Madrugada members to get back together for a powerful comeback.

The new release called Chimes At Midnight is set to be out next year – on January, 22.

Sivert Hoyem claims the new record reflects ‘the more sophisticated take on life’ as the band members are ‘no older and became parents’.

The album is produced by Kevin Ratterman who got acclaim for his work with Ray LaMontagne, My Morning Jacket, and The Flaming Lips.

Nobody Loves You Like I Do came as the first single from the album.  The musicians have already shot  nine music videos on location in  their native northern Vesterålen archipelago region that are pierced together as a film story.

The second single Dreams at Midnight is imbued with Scandinavian sadness and gloom. Sivert Hoyemsings  ‘No-one cares for your northern dreams’ while a desolate place in the video is set ablaze amid the Scandinavian woods.

The most recent release is music video for The World Could Be Falling Down. Shot at the seashore, it pictures Sivert Hoyem wistfully crooning for a bunch of local kids telling a story of his love and reminiscing on the past.

Other six videos are still to be released and  will obviously dwell on the sounds of Norwegian melancholy Madrugada masterly conveys through its bluesy riffs and raw emotions.