Volodymyr Prokhnych, who came to the government building with a grenade, has been informed about the suspicion. 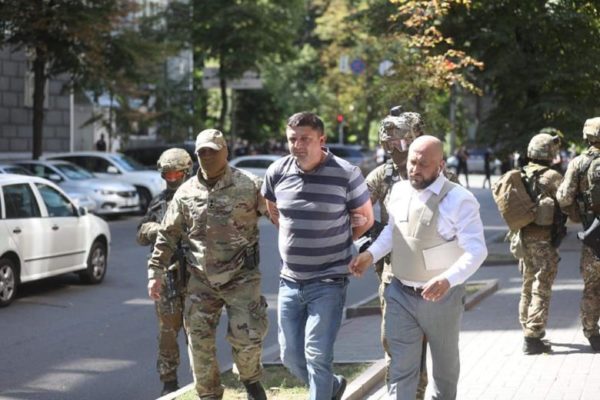 ‘Notification of suspicion has been issued to a 43-year-old man who yesterday came to the premises of the Cabinet of Ministers, detained people and threatened to blow himself up with a grenade’, Kyiv Prosecutor’s office reported.

Actions of the suspect are qualified as seizure of government buildings, illegal detention and illegal handling of weapons.

The issue of choosing a measure of restraint is currently being decided.

The police investigate the motives and circumstances of the crime.

Yesterday, a video appeared on social media showing a visibly shaken man with a grenade breaking into the govermental office and threatening to blow himself up.