Ukrainian conductor Oksana Lyniv became the first woman to conduct the orchestra at the UN anniversary concert at Victoria Hall in Geneva.

Oksana Lyniv was invited to conduct the orchestra in Geneva, Switzerland, at the UN anniversary concert at Victoria Hall, as she informed on social media. 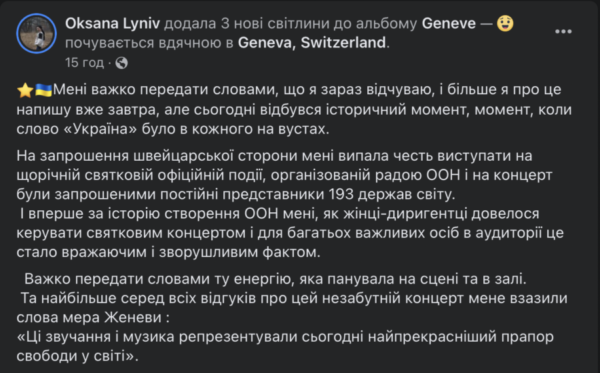 The event was attended by the representatives of 193 countries and Oksana Lyniv became the first female conductor to lead the orchestra at the annual UN concert.

‘For many important people in the audience, this has become an impressive and touching fact’, says the Ukrainian conductor.

Oksana Lyniv is proud of the fact that during the concert the word ‘Ukraine’ was on everyone’s lips. 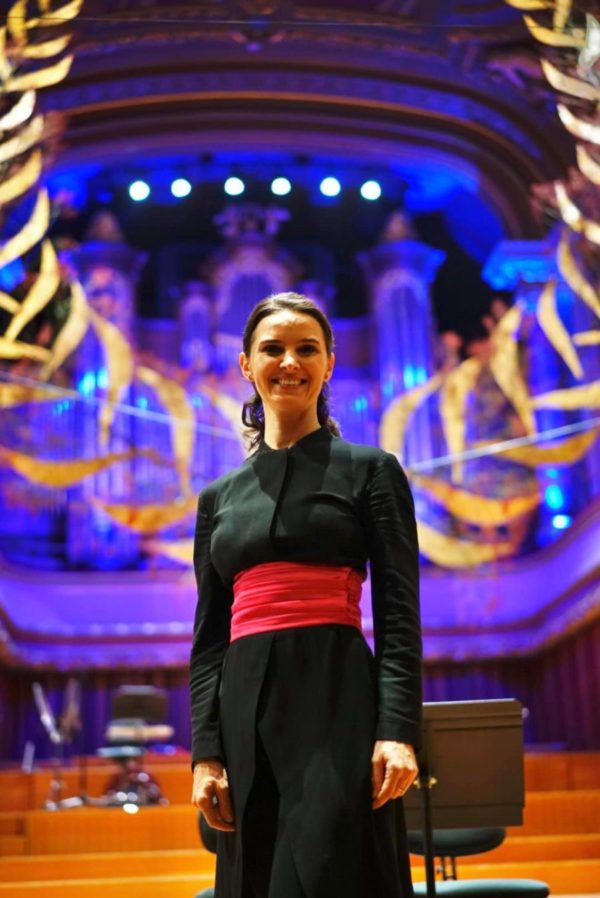 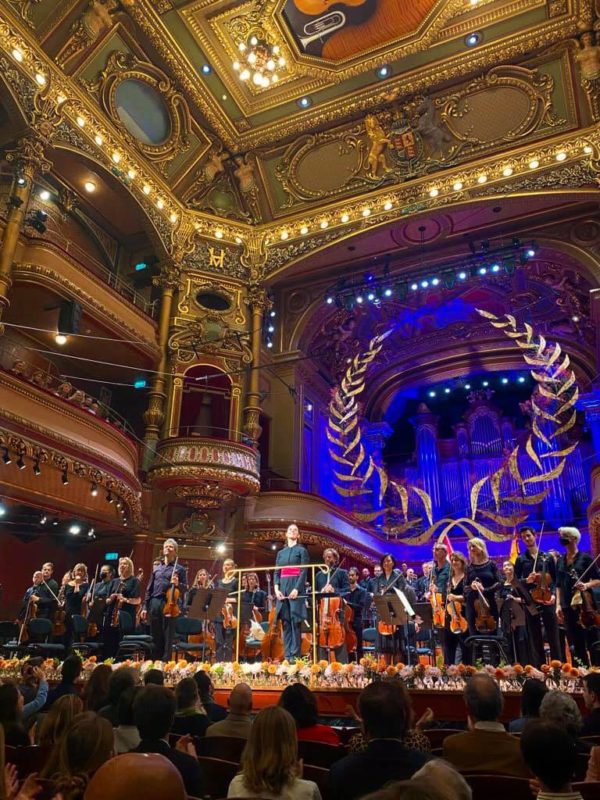 ‘It is hard to put into words the energy on the stage and in the hall’, she wrote.