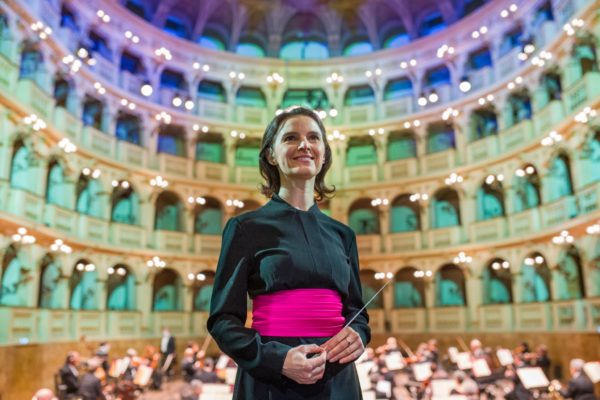 Oksana Lyniv, a native of Lviv, became the first woman in the history of the theater founded in 1763 to be invited to this high position.

As the embassy of Ukraine in Italy states, ‘This is an unprecedented example of breaking gender stereotypes in the classical music environment and the recognition of Ukrainian musicians at the world level’.

Oksana Lyniv told on social media that the offer to head the theater came after her debut concert in Italy.

‘This is a country where classical music has an extraordinary history and is an integral part of national culture. Italy is not only the cradle of world opera – this country has given humanity entire eras when people changed their worldviews’, she stressed.

According to Lyniv, Teatro Comunale di Bologna opened with the premiere of Willibald Gluck’s opera in the presence of the composer. Rossini, Bellini, Donizetti, Verdi and Wagner had their world premieres here in different centuries.

She also added that Enrico Caruso made his debut on the stage of this theater in 1901, and one of the famous conductors was the legendary Arturo Toscanini.