The majority of Ukrainians (50.2%) said they would resist agression some way or other.

National defense enthusiasm is still high in Ukraine with over half of Ukrainians (52%) claiming they will resist some way or other if their native towns are invaded by Russia.  The findings come from early December poll held by KIIS.

One in three (33%) Ukrainians is  ready to take up arms and go in trenches once Moscow launches an offensive against Kyiv.  Civil resistance is a preferred response of 21.7% of Ukrainians. 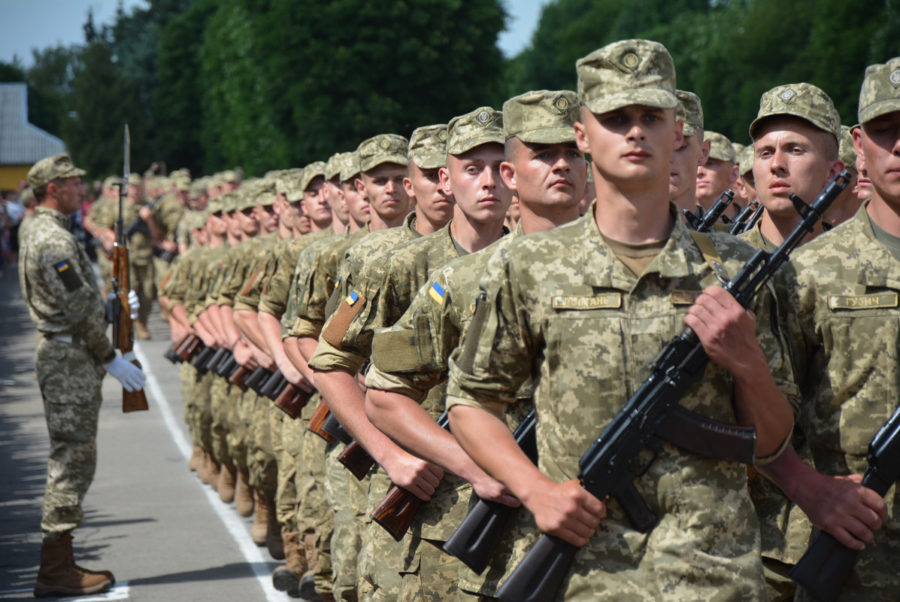 By contrast, 14.8% would play it safe by fleeing to safer regions of the country or seeking  refuge abroad (9.3%). Almost a fifth of people admitted they wouldn’t be bothered remaining univolved (18,6%).

When it comes to regional dynamics, the most eager defenders are, unsurprisingly, found in Western Ukraine where about  2 in 5 adults (39.7%)  would join the army as volunteers in case of agression.

Meanwhile, people in  eastern regions are less enthusiastic as only a quarter of them (25.6%) said they would heed the call to arms.