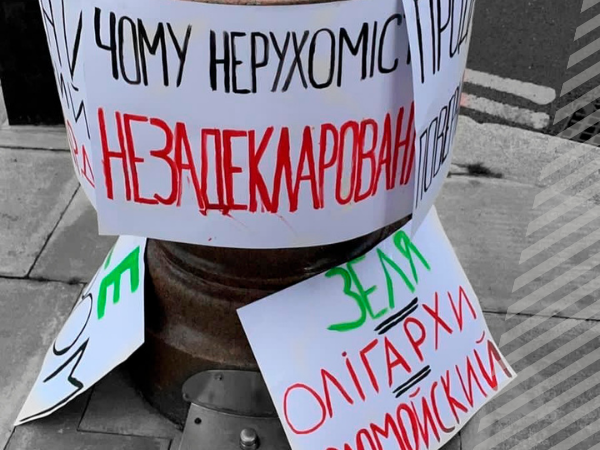 The protest at Baker Street in London was organized by ‘London Euromaidan’ group and brought together Ukrainian activists  living in the UK.

The protesters called out the Ukrainian president over cover-up of exposed offshore dealings.

‘The recent Pandora Papers investigation revealed Zelensky was involved with money laundering of Kolomoysky’s PrivatBank funds and [that helped him] bought an apartment in London, and there can be more of them, still undeclared,’ said one of the event organizers Andriy Bubernak, adding that corruption in Ukraine is ‘reaching new heights with Zelensky showing that he is not fighting it, but taking part in corrupt schemes’. 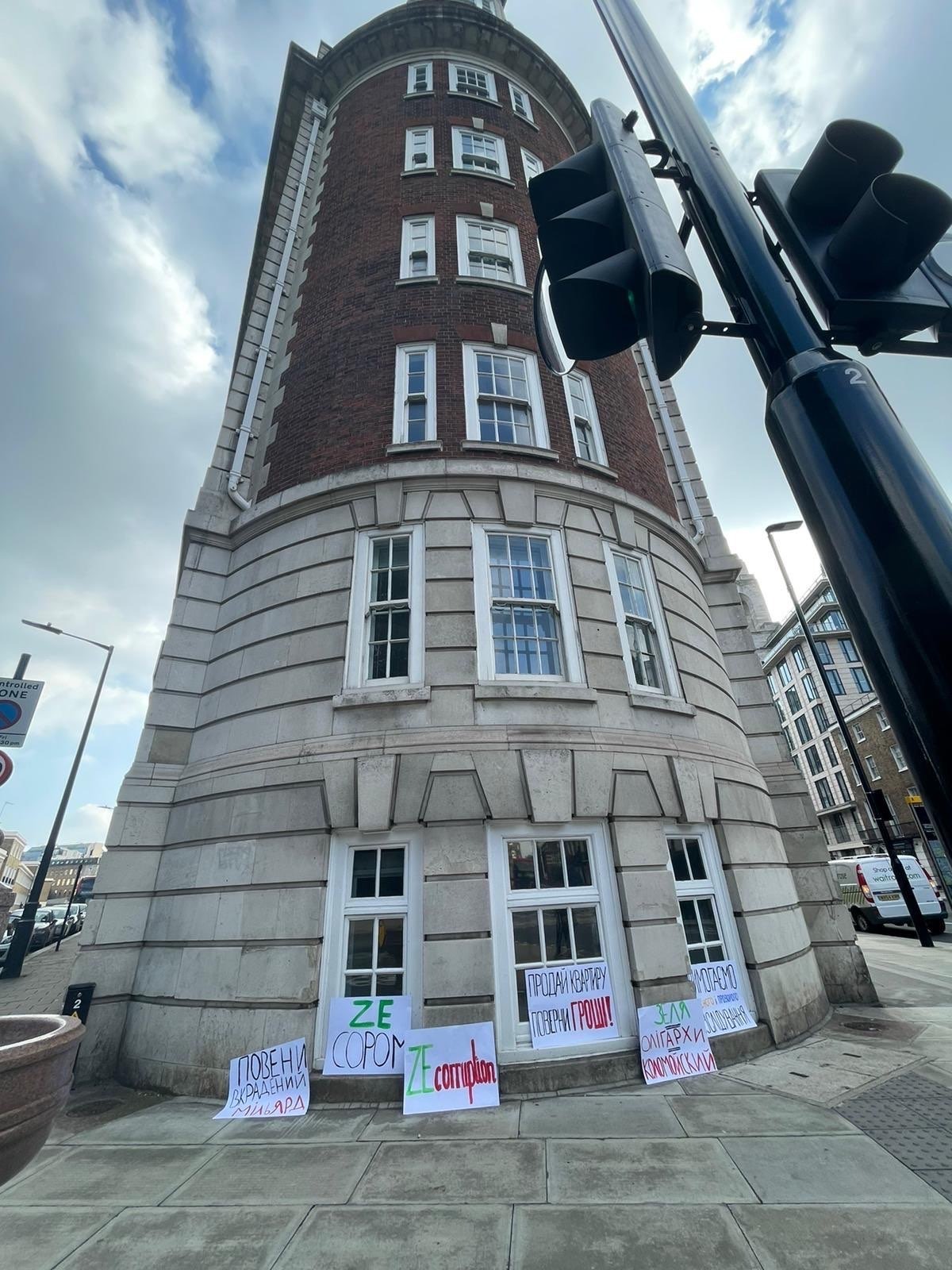 The protesters held signs ‘Zelensky is corrupt’ and ‘Sell your apartment and return the money’. The event got support from activists of European Democrat Students, youth wing of European People’s party.

London property of Zelensky and his close circle

According to its findings, two of the offshore companies belonging to Zelenskyy’s partners were used to buy three lavish properties in central London.

The leaked files revealed that the offshore companies connected to Zelensky and his business partners now  own three properties in London worth $ 7.5 million.  Serhiy Shefir’s companies own  a$2.1 million apartment in an Edwardian mansion block in Regent’s Park, and another  $3 million  flat in nearby Baker Street, opposite the Sherlock Holmes Museum.

Ukraine features prominently in Pandora Papers investigation with almost 40 Ukrainians named among politicians and businessmen from dozens of countries who used offshore companies  for questionable deals and property acquisitions.

Ukrainian officials sought to downplay the fallout from scandal while the state chief prosecutor called into question ‘credibility’ of the media report.