Petro Poroshenko is ‘enemy of Ukraine’, – Servant of the People MP Mazurashu

The shocking statement riled up other TV show guests who hit back at the lawmaker over 'disastrous' policies of Servant of the People party.

Georgiy Mazurashu stunned many Ukrainian TV  viewers on Monday after he called the former Ukrainian president ‘one of the inner enemies of Ukraine’.

In  ‘Vertical’ TV show at Pershy Nezaleznhniy, the ‘Servant of the People’ lawmaker brought up Petro Poroshenko indictment over controversial coal trade with Donbas mines.

Mazurashu said that Petro  Poroshenko ‘has done much harm.. and keeps working to cause a divide in Ukraine’ arguing there is ‘popular demand’ to see the former Ukrainian president ‘punished’. 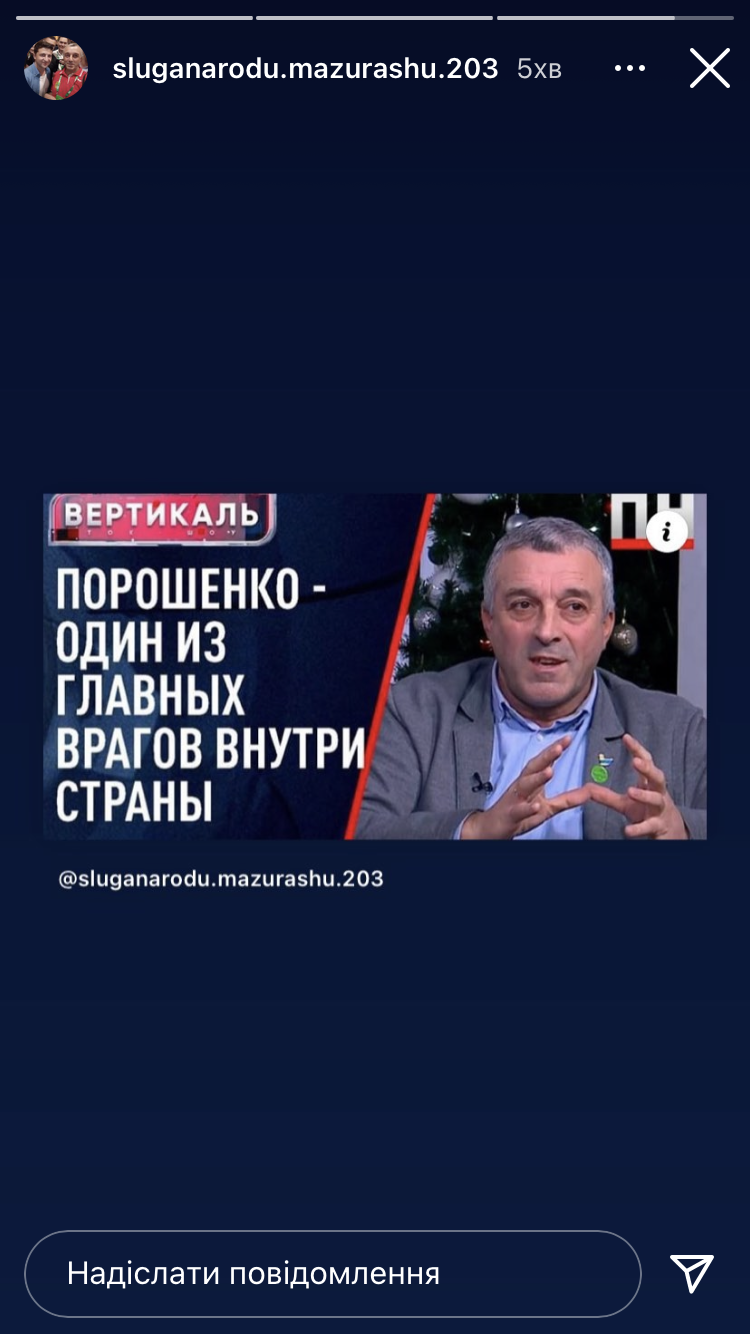 The bombshell statement didn’t well with other TV show guests who swiftly piled in to counter his claims by pointing out how dramatically financial situation has worsened for most Ukrainians after  Zelensky took office.

Viktor Maystrenko bristled at the Mazurashu’s words arguing that you will hardly find a ‘reason’ to take Poroshenko to court after the country ‘went through winter normally in 2014-2015’,  in a stark contrast to the current situation when winter season can prove  ‘disastrous’ for Ukrainian businesses and households.

After  so many violations of laws and Constitution,  Zelensky is going to be the first president who will get be sent to prison by court, added Maystrenko.