The former president of Ukraine and leader of the ‘European Solidarity’ party Petro Poroshenko received in Washington the Bush-Thatcher Award for Freedom. 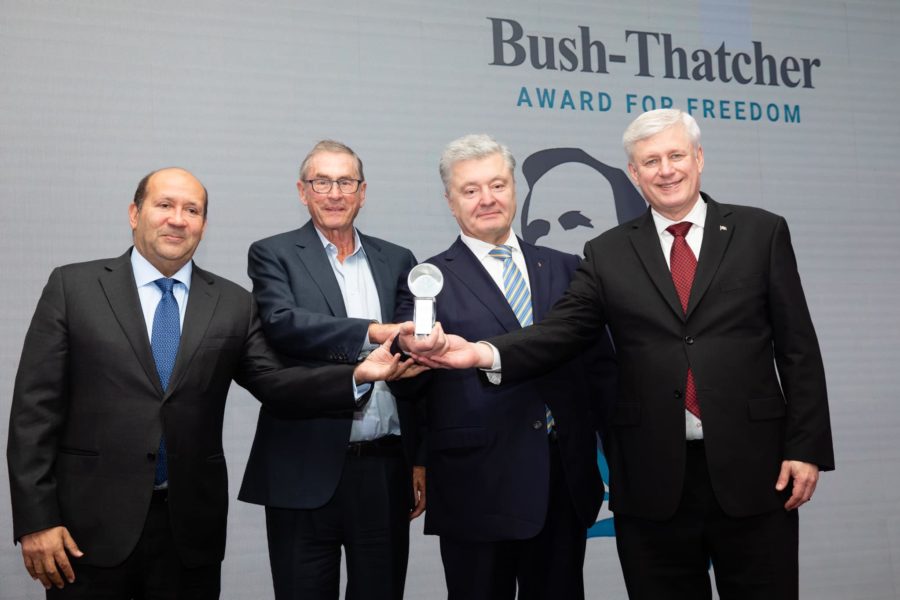 During his speech, Petro Poroshenko thanked Ukrainians for their courage and called on Western partners to provide more weapons for the Armed Forces, including Patriot air defense systems, F-16 jet fighters and Abrams tanks.

‘Thank you for this great award and for such a great honor to give it to the brave and heroic people of Ukraine, who are fighting day and night against a very powerful and cruel enemy – the second army of the world, a nuclear state and a brutal neo-imperialist dictator regime. Without warmth in homes, but with warmth in hearts. Without water, but with a thirst to make the enemy flee. Without electricity on the grid, but with the power to endure and win’, the former president said.

He also added that this award is an important symbol and a strong message to the Ukrainian people about the unity and solidarity of the democratic world with Ukraine.