The ‘European Solidarity’ leader joined the growing chorus of  critics of Ukraine’s government  recent policy  that will see Kyiv Bypass Road construction project awarded without any competitive bidding.  Earlier this month, Volodymyr Zelensky signed the policy no.5309 adopted by the Verkhovna Rada , which allowed competitive bidding exemption for a contract on construction of Kyiv Bypass road.

The move drew criticism from National Agency of Corruption Prevention, which argued that ‘dozens of billions hryvnas are to be spent on big-scale project …bypassing   transparent tender procedures, which were set to minimize corruption and secure fair competition’.

Addressing the controversial issue at the parliament mediation meeting,  Petro Poroshenko warned the government’s  go-ahead on the project ‘amounts to 10 per cent of all state procurement contracts’.

‘You are canceling ‘Prozorro’ tender system and lining your own pockets to take back sacks of money to the president’s office and distribute it later among  the Verkhovna Rada majority [MPs]. The whole world knows it, you are an embarrassment to Ukraine’, said Poroshenko.

The politician struck a warning not claiming that corrupt state tenders can dent Ukraine’s aspirations to join NATO and the EU.

‘Authoritarian Ukraine is incompatible with values of NATO and the EU.  So is corrupt Ukraine. And it was clearly articulated in Brussels two weeks ago’, stressed Poroshenko.

It is worth noting that the law No.5309 also allowed loopholes for tender procedures on public purchases for Independence Day celebrations making bidding procedures much looser. According to the former  Antimonopoly Committee of Ukraine advisor Agia Zagrebelska,  the newly adopted law will allow ‘Tymoshenko (Zelensky’s top aide) and Kubrakov (Ukraine’s infrastructure minister) to spend over 5 billion hryvnas on Independence Day celebrations’.

What we know so far about Kyiv Bypass Road

The road construction project was unveiled last August and is part of Zelensky’s ‘Big Construction’ infrastructure plan. The road will divert traffic away from the city.  Running 150 km in total, the road will have 6 sections that will link Kyiv highways running to Kovel, Chop, Odesa, Znamenka, Kharkiv, Chenihiv, and Mariupol. 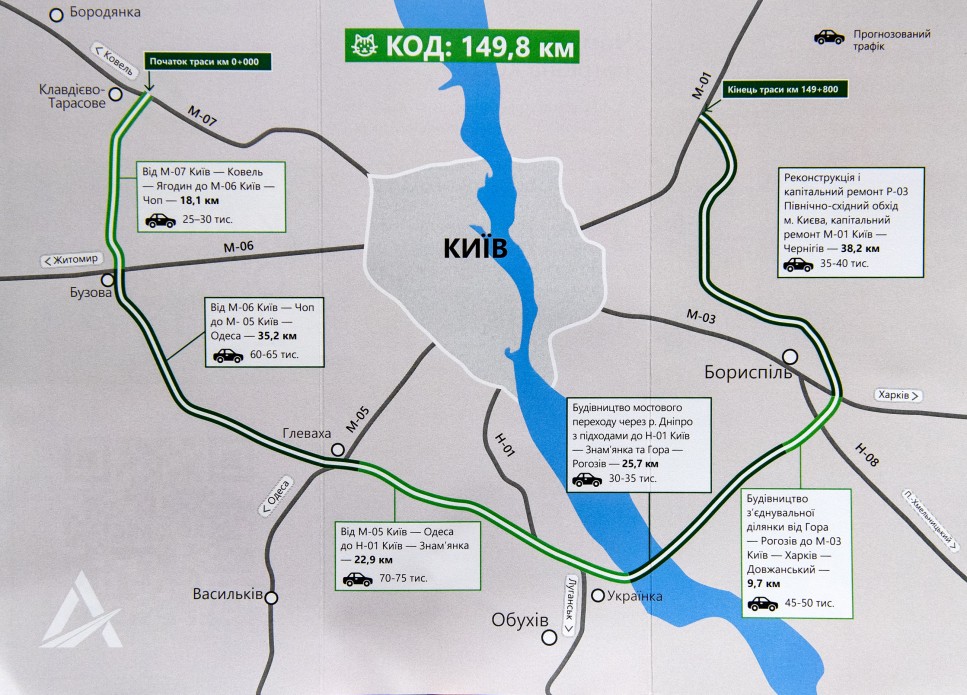 The project was awarded to the US Bechtel Overseas Corporation  and  is to be completed by 2025.