In his improvised speech addressing a big crowd of his supporters who came to greet him in Zhuliany airport, Kyiv, Petro Poroshenko thanked all Ukrainian patriots for their support, adding it was them who came to rescue of Ukraine when the state was faced with threat of ‘Novarossiya’. 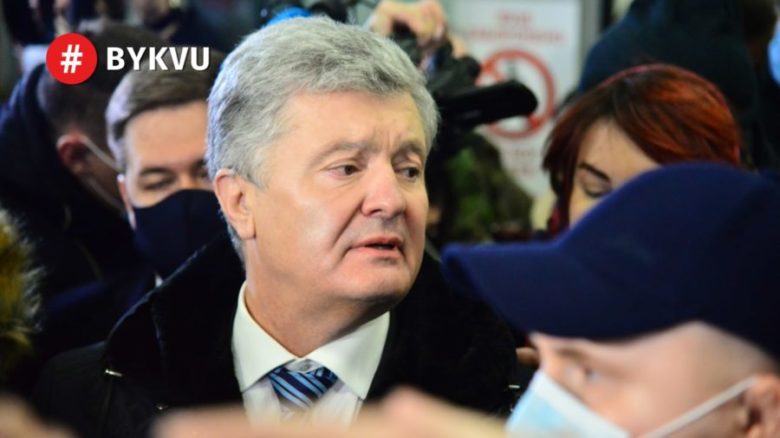 The former president who is facing arrest in connection to coal trade dealings in occupied Donbas in 2014-2015, called out Zelensky’s administration over trumped-up allegations.

‘They are morphing into [collective] Viktor Yanukovych, taking 10 years back in time’. The opposition leader said he had been held up at the airport over some made-up formalities.

‘For 20 minutes they kept demanding proof that I am Poroshenko and Poroshenko’s passport is real. They were so scared that avoided cameras like the plague’.

Poroshenko blasted the criminal case against him calling it a ‘challenge for all of us who in 2014-2019, built the state, adopted the language law, carried out the decommunization… which is now treason for them’, apparently alluding to state prosecutors.

He also took a swipe at Zelensky calling him over his production company’s making films in Russia and performing in Gorlovka with his comic group when the city was already seized by separatists.

Zelensky officials leaked the information about Wagner mercenaries capture plan to Russians and not ‘they have got a nerve, blaming the opposition and getting back at “all of us with treason charges’.

Petro Poroshenko said he ‘hasn’t run of steam’ to carry on the fight. ‘You said Ukraine needs Porokh [Poroshenko]? You got Porokh with you!’, said the European Solidarity leader, addressing the cheering crowd at Zhuliany airport.

The former president is expected to head straight to Kyiv Pechersky Court at 11 p.m. for a hearing on the prosecutors’ motion seeking to remand him in custody pending investigation and trial.