The former Ukrainian president and ‘European Solidarity’ leader met with the head of the delegation of the European Parliament Andrius Kubilius. 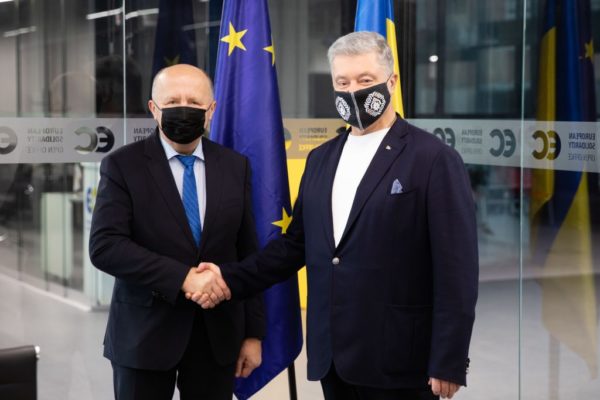 During the meeting, Petro Poroshenko thanked Andrius Kubilius for keeping Ukraine among his highest priorities.

Poroshenko and Kubilius discussed the results of the Ukraine-EU summit on October 12. The parties agreed on the need to accelerate Ukraine’s integration into the European Union, which will significantly contribute to strengthening stability, security and prosperity in the region.

‘It is very dangerous that Russia is gaining momentum. Today we are weaker than 2 or 3 years ago’, the former Ukraine’s president argued.

Poroshenko also informed the head of the delegation of the European Parliament about the domestic political situation and current threats to democracy, including pressure on media freedom and use of law enforcement agencies in the fight against political opponents.