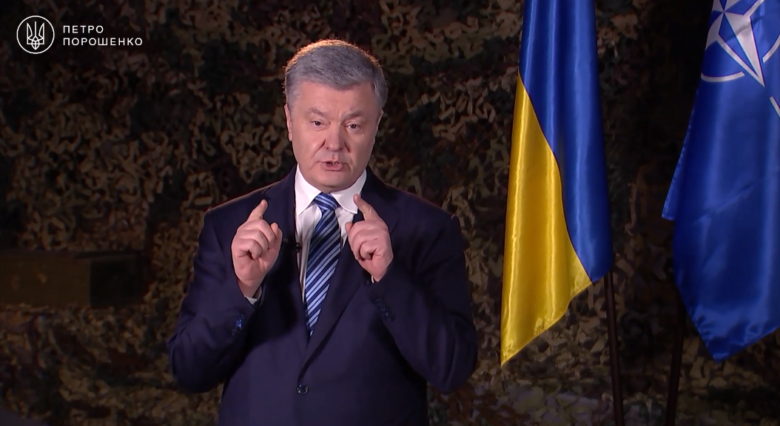 In his Tuesday address, the former Ukrainian president outlined five measures that could help reach peace in war-torn Donbas.

He stressed that it would require an effective formula of joint efforts to increase pressure on the aggressor rather then scattering ‘half-baked’ ideas. In his view, the idea of extending ‘Normandy format’ can undermine the trust Ukraine has had from Germany, France, and the EU.

Poroshenko argued that undeveloped initiatives of the Ukrainian president’s office could  put at risk the existing format of peace talks on Donbas.

”Even a hint at [official] Kyiv’s possible departure from Minsk [format] can be used by Russians as a pretext for new escalation and avoiding accountability. It should be remembered that Minsk accords are tied to sanctions’ pressure on the Kremlin.  You should not seek new ‘formats’ but rather a formula to press Putin. In the first place, it is about working out the core things, and not about scripting videos. If you fail to hear us, hear Washington, who, just yesterday, reminded that Minsk agreements were the basis of diplomatic solution for Russian aggression,” he said.

Deployment of the UN peacekeeping mission the occupied Donbas to provide security and stability and curb the Kremlin’s aggressive ‘appetite’.

”The Ukrainian officials have to give up on the principal where ‘whatever Poroshenko offers is unacceptable’. Zelensky should act not out of spite to me, but for Ukraine’s good,” said the “European Solidarity” leader.

Poroshenko stated that, to that end,  the Ukrainian officials should remove some ‘irritants’ that stemmed from their unprofessional policies and lack of diplomatic experience.

He cited “the expertise of the US president voice in so-called “Biden-Poroshenko tapes’, initiated by the Russian agent Derkach. It is about support of the US sanctions against Kolomoysky, Derkach, and new personal and sectoral sanctions against Russia, and, the most importantly, advancing democratic reforms in Ukraine.

“We expect that Volodymyr Zelensky will manage to get an invitation to NATO Summit scheduled for April 14 and will convince the block members to grant Ukraine Admission Plan,” added the former president.

Supportive of the peace-seeking effort of Ukraine, Poroshenko though warned of ‘red lines’ he deemed unacceptable in talks with Russia.

“Lawsuits and action to hold the Kremlin accountable must remain the priority. No matter how many years have passed, Moscow should be brought to justice for killings of Ukrainians and violations of the international law. Putin’s crimes against Ukraine have no expiry date. Regretfully, Zelensky has filed not a single lawsuit since 2019,” added Poroshenko.