The former Ukrainian president Petro Poroshenko offered his take on what really drives Putin’s policies in Ukraine and Belarus. 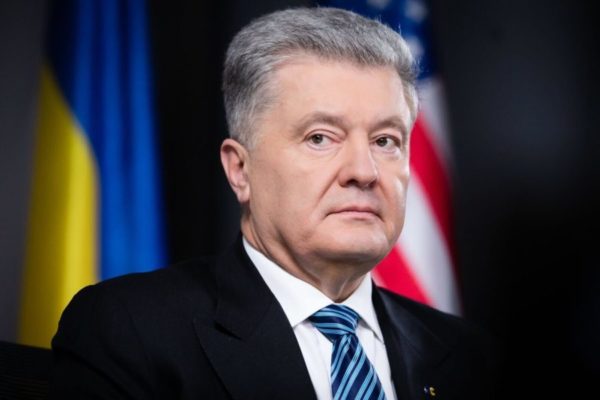 Putin has no ‘illusions’ the ‘scenario’ he has used in Belarus will hardly work out well for him in Ukraine, said Poroshenko.

He claims Russian president thinks differently than other people positioning himself somewhere ‘between an emperor and God’, which says a lot about his way of thinking: ‘This is why he makes a decision ‘if I can seize Ukraine, I need to liquidate it’.

Putin is trying to capitalize on unrest in eastern Ukraine prompted by looming energy crisis and Zelensky’s inaction, which combined can disrupt domestic industries, argued the European Solidarity leader, adding it will help the Russian ruler to break Ukraine in two parts and snatch up its eastern regions.

‘He wants to fight for Kyiv, for it is [historically known as] ‘the mother of Rus towns’.

The former Ukrainian president stressed Kyiv is really interested to see Moscow join the talks [on Donbas] and become part of ‘European security coalition’, but to make it happen, Russia must retreat from Crimea and Donbas.

The support for Putin policies is slipping away against the backdrop of the struggling Russian economy and lack of foreign investments, said Poroshenko, noting that the Crimean issue lost its shine for ordinary Russians who are now facing tougher financial situation.

In his Gazeta Wyborcza interview, Poroshenko also talked about woes of Belarus. The former Ukrainian president said Moscow would have been gloating if Lukashenko had lost in the last presidential race.

Russians do not need ‘strong Lukashenko claiming a victory in a fair democratic election’, which would eventually empower the Minsk leader making him politically independent from Moscow.

Moscow backed several opposition candidates nudging Lukashenko to launch a clampdown on political dissent ahead of the elections. Poroshenko revealed he had a call with the Belarus president following his controversial win in the election and urged him to stage new elections to dispel doubts about how legitimate his prisidency was set to be perceived.

The Minsk leader now is just a ‘governor of a Russian province’ and will go down in history as a dictator who lost Belarus sovereignty, which is an ‘awful verdict’ for Lukashenko, said the ‘European Solidarity’ leader, noting that 2020 mass protests in Belarus show people there opposed to the idea of any union with Russia.