Petro Poroshenko emphasized that exploiting the issue of hostages and prisoners of war is the crossing of the demarcation line. 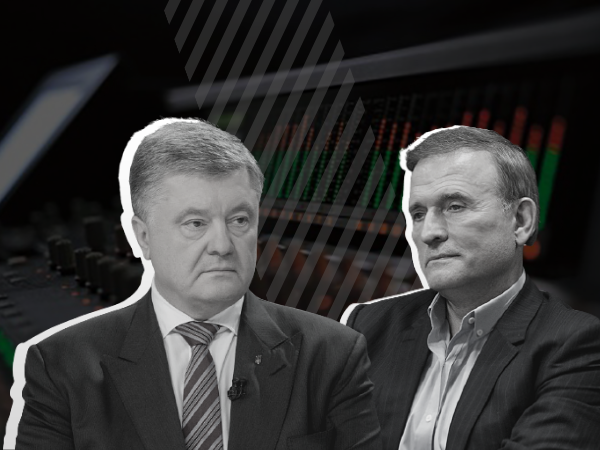 In his interview with Valerii Kalnysh ‘European Solidarity’ leader Petro Poroshenko provided the details on the hostages releasing starting from 2014.

Poroshenko explained that the problem of hostages was of great importance for him during his presidency. ‘European Solidarity’ leader regarded the exploitation of the issue of ‘hostages and prisoners of war in political struggle’ as ‘absolute “bestiality”’.

According to him, in the beginning of hostilities, SBU resources were involved for releasing hostages and prisoners of war. The prisoners of war were exchanged directly on the level of battalions and brigades. People were released within a few days after being captured. Special attention was paid to the evacuation of the dead. ‘Later the Russian army issued a decree forbidding the exchanges and developing an “exchange fund”,’ Petro Poroshenko reminded.

Poroshenko named numerous people whom he was addressing on all the negotiation platforms. He talked with the Pope Francis, the US authorities and the then US vice-president Joseph Biden, former Israeli President Shimon Peres.

‘I appealed to the European Commission and the European Parliament. We initiated the adoption of four resolutions. I addressed Turkey’s President Erdogan. And I would like to thank Erdogan that, starting with Akhtem Chyihoz and finishing with our political prisoners in Crimea, we could release those being in trouble’, he specified.

Petro Poroshenko stressed that he would have appealed even to Medvedchuk if he had known that the latter could help bring Ukrainian soldiers back home. Poroshenko also reminded that it was a decision of the Normandy format members to appoint Medvedchuk as the one responsible for the exchange of prisoners of war and hostages; Putin was suggesting Medvedchuk’s candidature too.

‘During a year and a half of my presidency, according to the SBU reports, we brought 2947 people back home; according to the international missions humanitarian representatives 3278 people were released during the first two years’, Petro Poroshenko emphasized.

Poroshenko was also indignant at the manipulations concerning the cyborg’s ‘Rakhman’ (Major Andrii Hrechanov) release. ‘I was actively fighting particularly for “Rakhman”. Those members of my team […], who were dealing with the releasing of hostages, can testify that. I thank them all,’ Poroshenko said.

Poroshenko also spoke about Ruban who turned out to be a Russian special agent and carried out the tasks assigned to him by Russia’s authorities. Ruban suggested releasing ‘a major of the Russian army who was the key witness-and-evidence of the Russian aggression against Ukraine’, Poroshenko said.

According to Poroshenko, releasing the above-mentioned major Starkov without waiting for any court decision would have deprived Ukraine of the utterly important arguments in the legal action against the Russian Federation and the proofs of the Kremlin’s crimes committed by order of Putin and General Herasimov, the Chief of the General Staff of the Armed Forces of Russian Federation. Starkov was condemned to 14 years of deprivation of liberty; he had three or four months to file an appeal. ‘The members of our team […] persuaded him not to pursue an appeal. He made a video appeal to Putin and said, “I am a major of the RF Armed Forces, my number is so-and-so, my military unit is so-and-so. I have been serving in the RF Armed Forces for 19 years. I came here, to Ukraine, by order of my commandment to kill Ukrainians, and I am asking you to get me out of here”,’Poroshenko cleared.

Petro Poroshenko also explained that it was quite difficult to take decisions having ‘on the one hand the destiny of a particular Ukrainian who is being held captive and on the other hand – the destiny of 42 million of Ukrainians, and being the one to protect the Ukrainian land and Ukrainian state.’

Petro Poroshenko thanked the ‘real warrior and defender of Ukraine’ Andrii Hrechanov who refused ‘to take part in the performance’ aimed at attacking political opposition and spreading a theory of so called ‘treason’. The latter according to Poroshenko ‘was clearly coordinated from the Kremlin’. Now, Poroshenko said, he is ‘not sure – in which way Yermak is communicating with Kozak or Surkov and who instructs him’.

‘European Solidarity’ leader summarized ‘I am proud we released almost 3300 of Ukrainians. Moreover, I am ashamed that since April 2020 for over a year none of the hostages got back. In addition, today you will not hear that the authorities are caring about the political prisoners, hostages; that anyone is thinking about the destiny of those who left everything they had in Donetsk and Luhansk. They have sick and disabled children. They cannot get mortgage […], they have no place to live. Today we are helping some of them […]. Treating people in such a way is “bestial”’.