Following the court ruling that came against the backdrop of the opposition protest in Kyiv center, Poroshenko lawyers as well as state prosecutors said they are going to file an appeal on the court decision.

State prosecutors complained that the verdict ‘will not provide for the appropriate behavior of the defendant’.

Meanwhile the former president Petro Poroshenko bemoaned the decision which ‘stands in the way of his political activities’, arguing he has sever planned foreign trips.

‘And this is what Zelensky is afraid of’, stressed Poroshenko.

Later in the day, the legal team of the former president confirmed they will seek reversal of the court verdict.

‘Prosecutors sought for the arrest with UAH 1 billion bail, the court rejected their claim, however stripping Poroshenko of his international passport. We will appeal against this’, the former president’s lawyers state.

They will push to have the decision reviewed not to allow isolate and make Poroshenko keep silent. 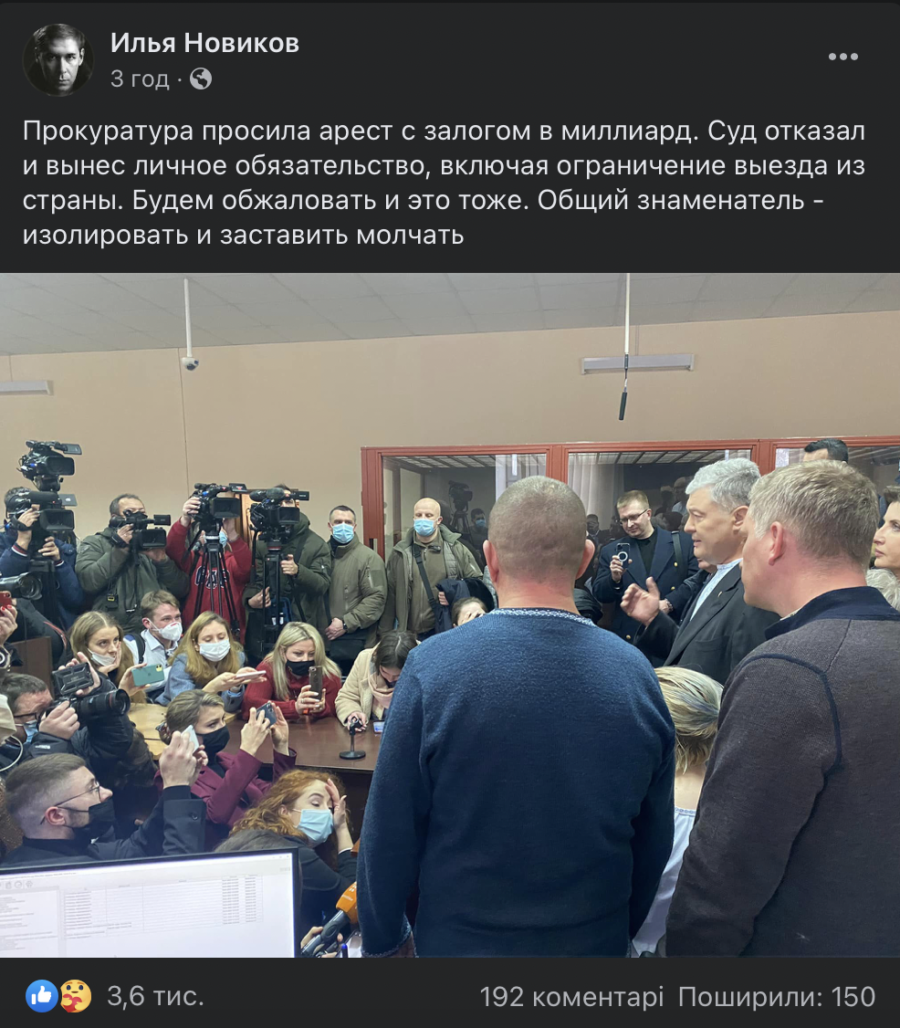