‘PrivatBank’ goes back to court with former owners, seeks $5.5 billion in damages

‘PrivatBank’ is still locked in several litigation cases with its former owners over the money siphoned out of the bank prior to its nationalization.

In a statement issued Tuesday, ‘Privatbank’ said they have served the summons to Ihor Kolomoiskyi and his business partner Hennadiy Bogolyubov in connection to the lawsuit filed in the Cyprus court in 2019.

The bank says it seeks $ 5.5 billion in damages over ‘two counts of illegal financial operations bearing with clear signs of fraud and money laundering that were realized by Kolomoisky and Boholyubov’.

Earlier this year, the bank notified its former owners through a publication in state newspapers ‘Holos Ukrainy’, ‘Den’ and ‘Fakty’ after failing to serve the complaint in person. 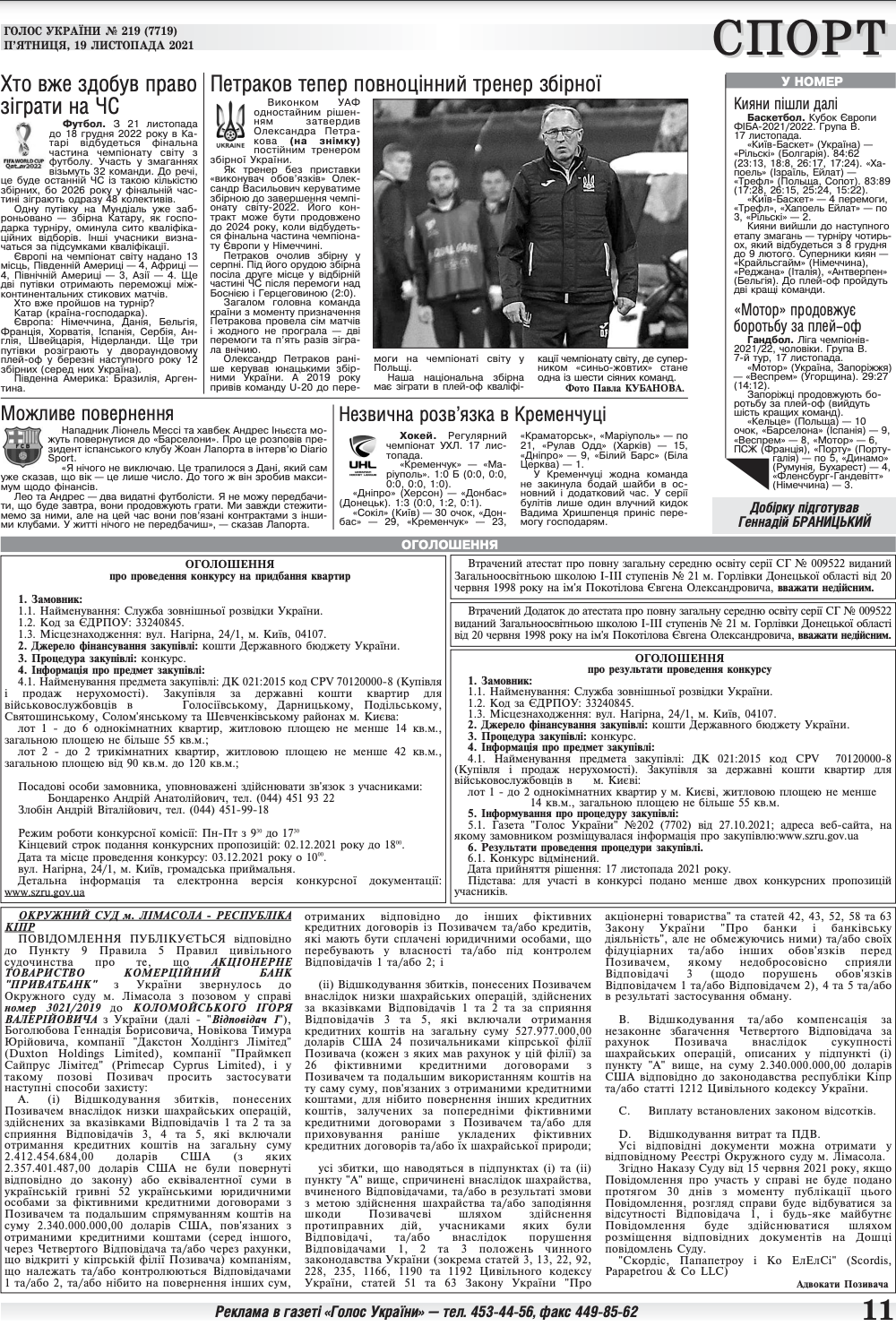 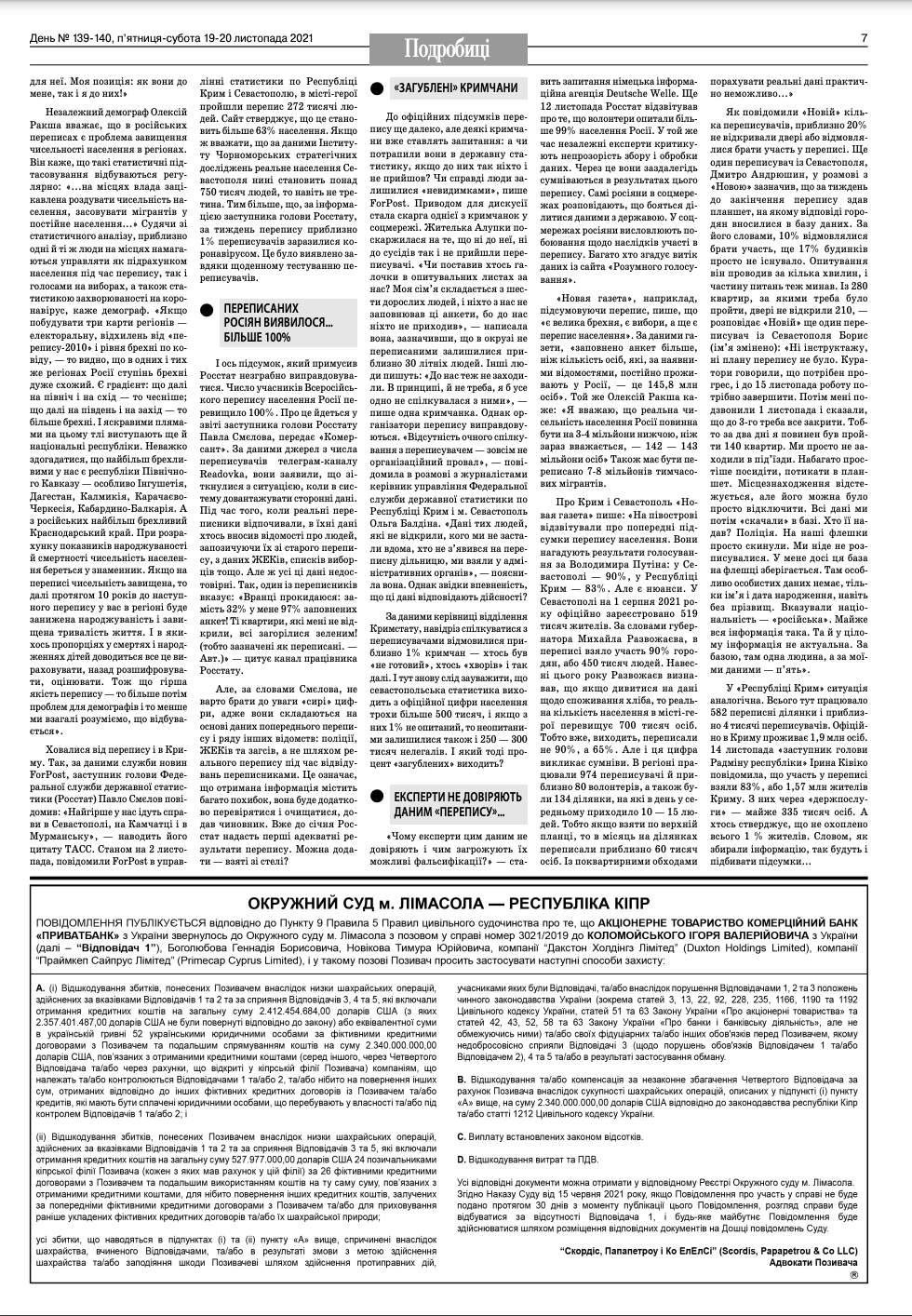 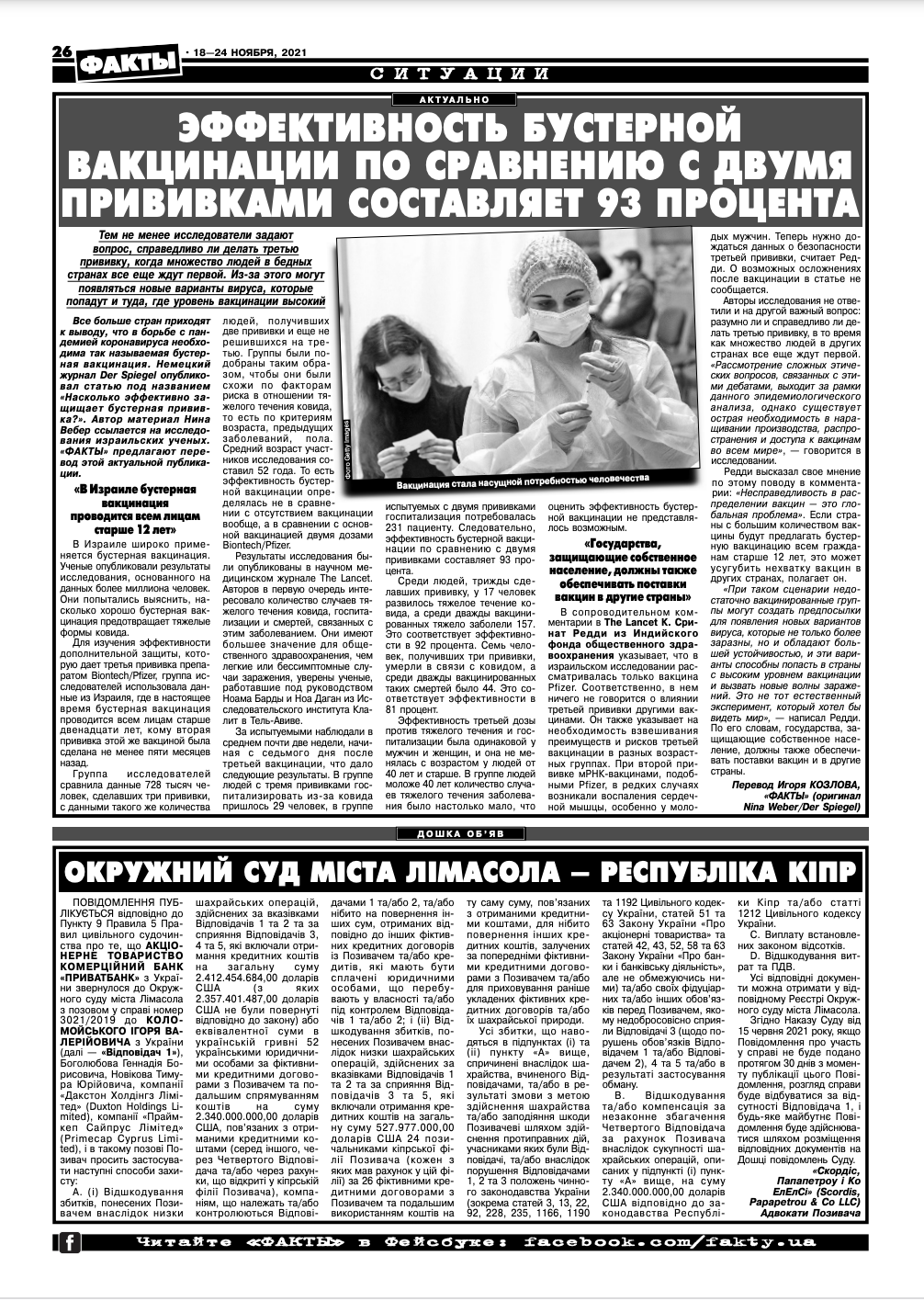 In 2016, Ihor Kolomoiskyi and his business partner Hennadiy Bogolyubov were accused of defrauding Ukraine’s largest bank ‘PrivatBank’ of billions of dollars following an audit by New York-based Kroll Inc.

The Ukrainian government nationalized “PrivatBank’ in 2016 after paying off a hefty $5.6 billion bailout and is still locked in an ongoing litigation battle with its former owners over the debts incurred.