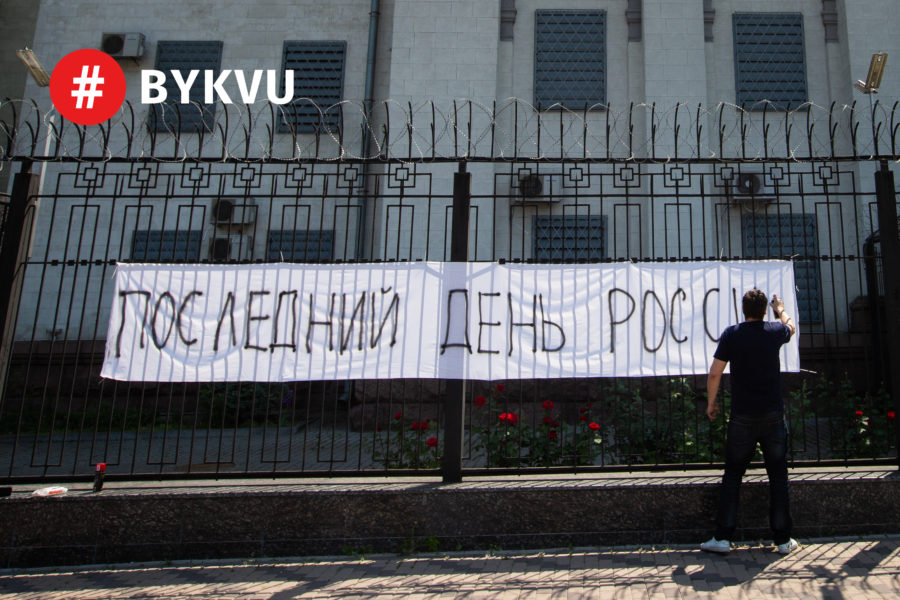 The rally had a symbolic meaning as it was organized on Russia day official holiday.

The activists placed a mourning wreath near the fence of the embassy and hung a banner with the words: ‘Last Russia day’. 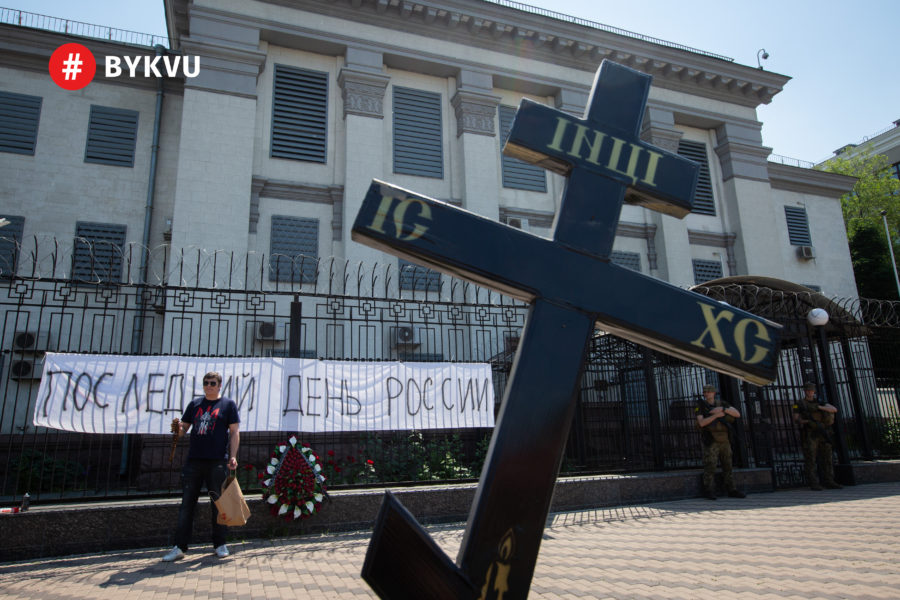 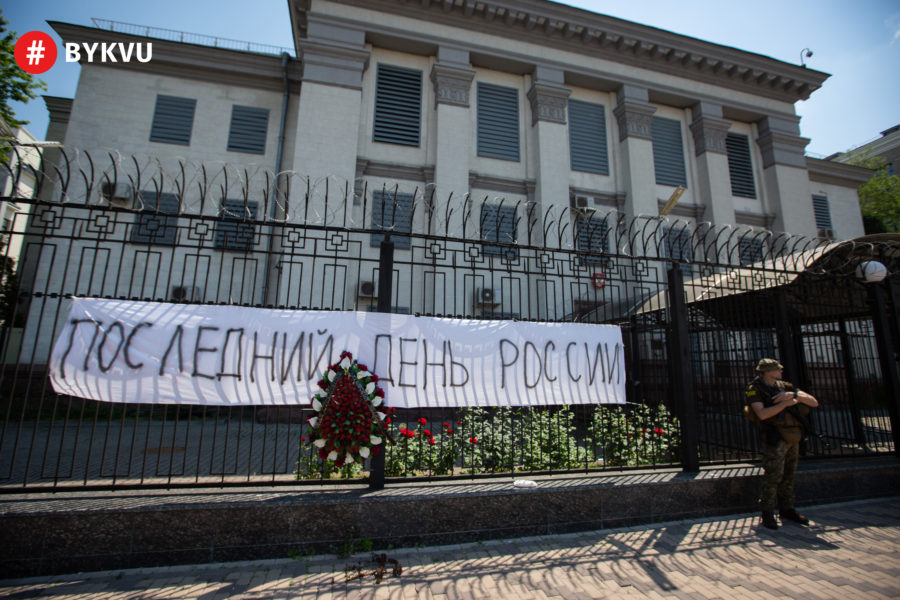 ‘Having started a bloody war against Ukraine, Russia opposed itself to all living things. Life always strives for light and happiness. The dead, on the other hand, always bring grief and pain. Russia virtually died during Putin’s rule’, the organizers said on Facebook.

A Russian national in an embroidered Ukrainian shirt burned his own passport in protest against his country’s aggression. 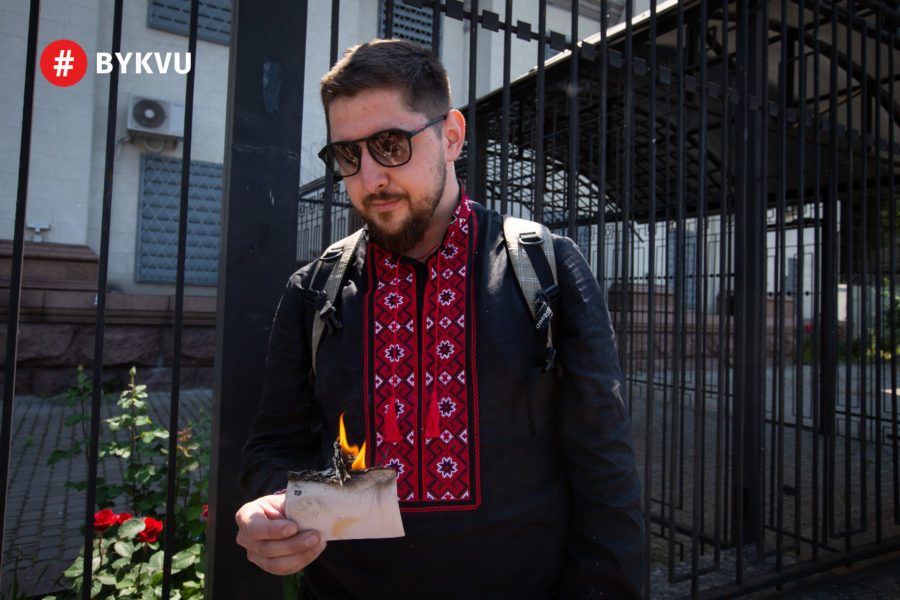 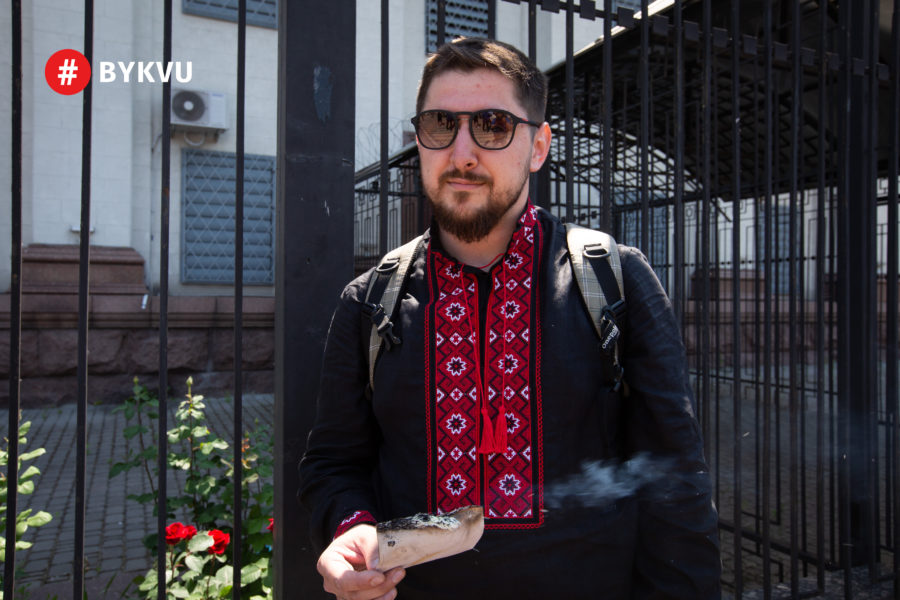 At the end of the action, the protesters expressed hope that next year Putin’s regime will no longer exist. 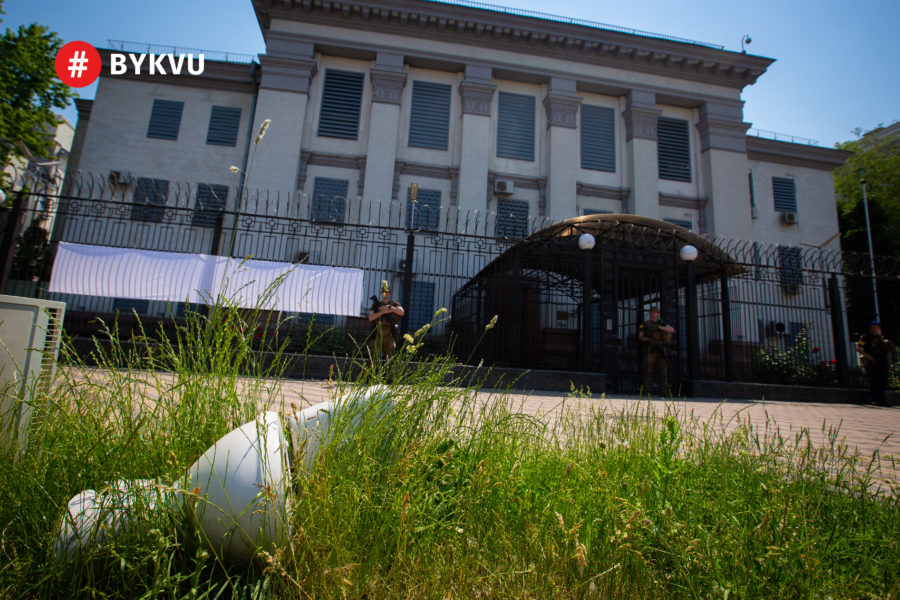