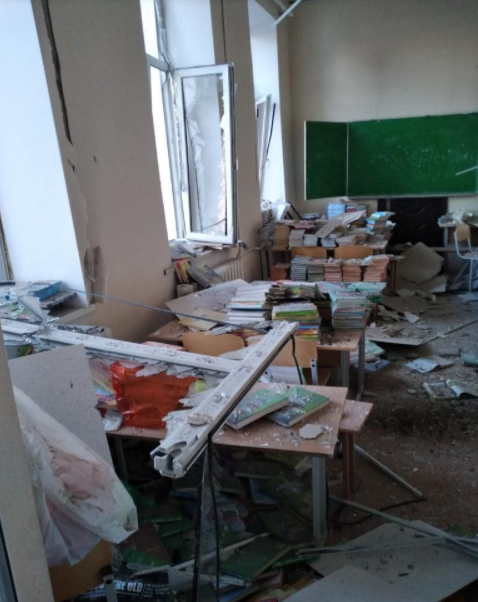 The Russian forces shelled Sloviansk in Donetsk region. A school and a residential building were hit, – informs the city mayor Vadym Liakh.

According to Liakh, the Russian shelling damaged the building of School №4 in Cherevkivka district. Luckily, nobody was injured.

A residential house in Torska Street, 43 also sustained damages.  ‘The entrance to the house has collapsed and there may be civilians trapped under the rubble’, – adds Liakh.

‘The rescue operation is underway. The number of casualties is still being clarified. The shockwave has damaged neighboring houses’, – writes the mayor.