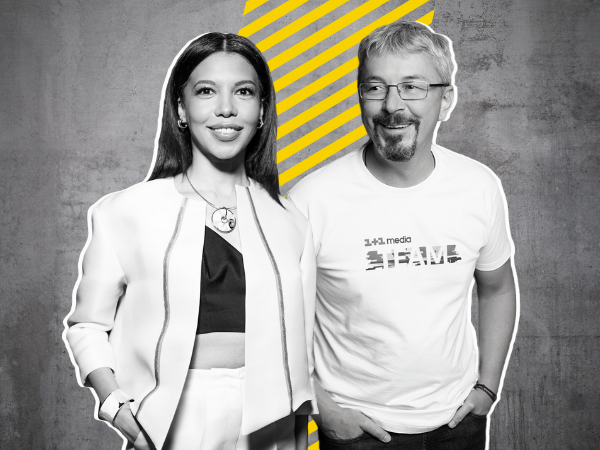 In her statement on Facebook, Karolina Ashion alleges racism she experienced while seeking an audition with ‘1+1’ TV channel several years ago. Responding to a casting call for a morning TV show host job, the ‘Prymy’ TV personality  approached  then executive ‘1+1” TV producer Oleksandr Tkachenko and was met with rude and offensive remarks.

‘Did you look at yourself in a mirror? Our TV audience is not that.. I can’t put to risk our [viewership] ratings’, Karolina Ashion  recalled Oleksandr Tkachenko’s reaction in her revealing ‘Facebook’ post, adding she was allegedly snubbed over her  darker skin tone.

The TV personality argues she was prompted to open up on that  traumatic experience after her recent encounter with Oleksandr Tkachenko at Lviv jazz event where she confronted him over the past incident.

She claims Oleksandr Tkachenko offered no apologies and remained defiant saying  ‘Would it be an okay answer for you  if I said I would not tell such thing now?’ .

Karolina Ashion branded such behavior of the minister as ‘racist’ and ‘boorish’.

If such mistreatment happened in the US, it would have dire consequences, argues the TV presenter.

In his comment to Karolina Ashion’s Facebook post, Culture minister Oleksandr Tkachenko countered her claims arguing he was not involved in casting and auditions at the time of his work with  ‘1+1’ TV channel, and insisting he has always been supportive of diversity and inclusion policies in his TV executive career.

‘I have not trouble articulalating my position. I have always looked for and seen  individuality and professionalism, but not gender orientation, and skin color’, responded the minister.