‘Rudy dishing out crazy conspiracies and Yermak agreeing with them,” details of a call between Trump’s lawyer and Zelensky’s top aide 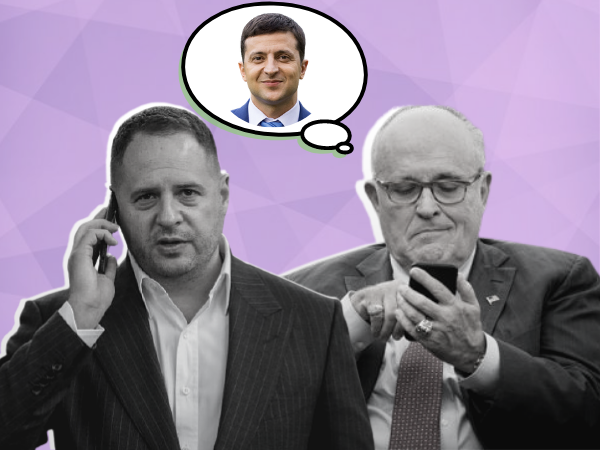 On Friday,  ‘Buzz Feed’ came up with the story revealing the details Rudy Giuliani’s call to Zelensky’s  chief advisor.

According to the obtained transcript of the call, Trump’s lawyer asked Yermak to tell the Ukrainian president to renew the investigation on Joe Biden’s son, Hunter.

The call took place on July 22, 2019, three days prior to the infamous call of Donald Trump to Volodymyr Zelensky.

Reported by “Time’ magazine earlier this year , the call comes into light again in connection to the investigation into Rudi Giuliani’s alleged lobbying activities in Ukraine.

In his phone call with Yermak, Trump’s lawyer mentioned the politically motivated investigations into Joe Biden’s son Hunter and the unfounded allegations that Ukraine had interfered in the 2016 US presidential election.

Giuliani was rather explicit in his expectations.

“All we need from the president [Zelensky] is to say: ‘I’m gonna put an honest prosecutor in charge, he’s gonna investigate and dig up the evidence that presently exists, and is there any other evidence about involvement of the 2016 election […] and then the Biden thing has to be run out.”

“If [Zelensky] could make some statement at the right time[…]that would clear the air really well. And I think it would make it possible for me to talk to the president [Trump] to see what I can do about making sure that whatever misunderstandings are put aside,” said Giuliani.

“Believe me that we need some maybe month, two months to complete the new parliament, the new government, the new security blocks (sic) of our team and we totally change and will be working and believe me, for me, it’s, of course, I listen, we read the newspapers, but in the moment when we’re comes (sic) and can get all the materials, which now in, was in the investigation of the previous power, we will be ready to immediately, to work properly according to the legislation, and, believe me, we’ll be not, we establish and protecting the rules of law of Ukraine (sic sic sic) and absolutely change all this old system. And we’ll be ready this day immediately communicated (sic) to coordinate, to work, and investigate everything, which you listed.’

The call transcript came from the former Zelensky’s advisor Igor Novikov who was shocked by Trump’s lawyer demands.

“I was dumbstruck. My expectation was that this would be a ‘hello, nice to meet you’ kind of call, and instead I was witnessing Rudy dishing out crazy conspiracies and Yermak agreeing with them,” Novikov said. “That was the exact moment when I realized that we were in big trouble.”

Accoding to Novikov, the call came through with the helpof  former US special envoy for Ukraine Kurt Volker who was also on the call.

“Orchestrated a great phone call w Rudy and Yermak. They are going to get together when Rudy goes to Madrid in a couple of weeks,” Volker texted to then US Ambassador to the EU Gordon Sondland on the day the call happened

The document authenticity was confirmed by the Ukrainian and US sources who spoke on condition of anonymity.