The main opposition party is making steady gains amid scandals eating away support for Zelensky's party.

European Solidarity party edges ahead of Zelensky’s ‘Servant of the People’ in a new poll, the latest sign the ruling party popularity has taken a hit. The poll conducted by KMIS has Poroshenko’s party  ahead by 2 points. – its support now sits at 17%.

The scandal-plagued ruling party slide in the poll sees it now coming in the second with 15% votes.

The rest of political parties hover below 10% with ousted speaker’s Rozumna Polityka and Moscow-leaning  Opposition Plaftorm for Life coming the closest to the figure – 9.9%  and 9.2% respectively. 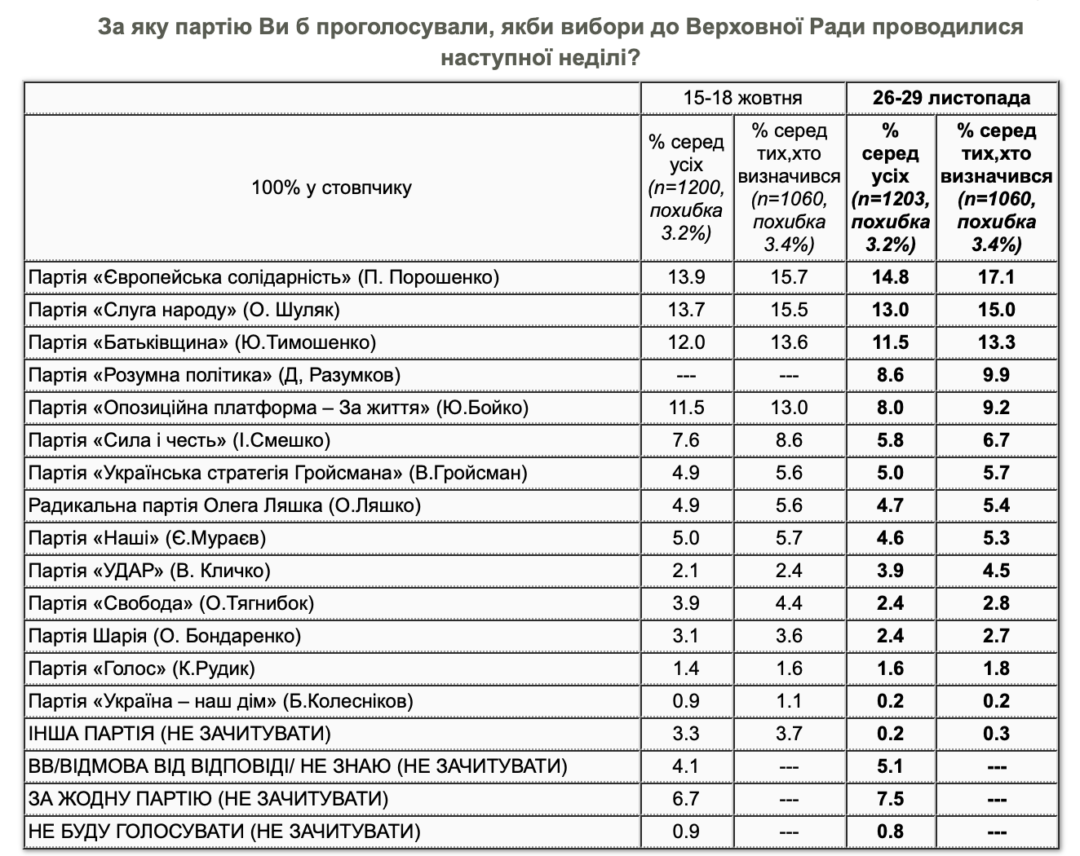