The snippet of a commercial video promoting  ’95 kvartal’ variety show on the state Russian TV came from the Ukrainian MP Viktoriya Sumar. 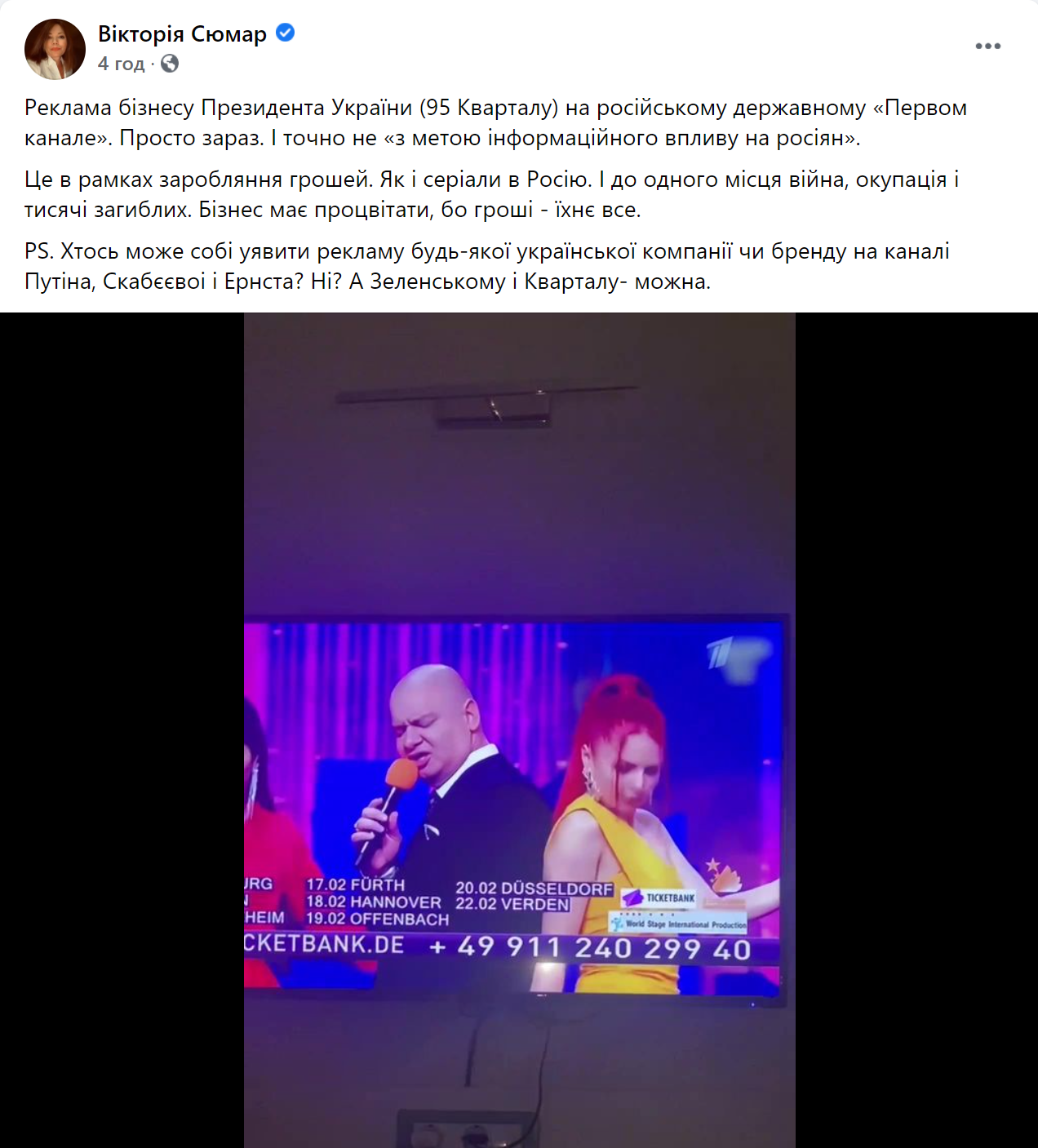 ‘Promotional video of Ukrainian president’s business on Russian state TV ‘Pervyi Natsyonalniy’. Right now. It is about making money. Much like tv series [sold] to Russia. Who  cares for the war, occupation and thousands of deaths.. Can you fancy commercials of any Ukrainian company or brand on the TV channel of Putin, Skabeeva, and Ernst? No? Yet it is okay for Zelensky and ‘Kvartal 95’, wrote the incensed MP in her Facebook comment.

The video obtained by Viktoria Sumar is allegedly a commercial promoting a tour of ‘Kvartal 95’ in Germany set for 2022. It shows snippets of the variety live performance running the future German tour dates.

The video drew the blowback from Ukrainians on social media.

‘It is international [audience] broadcast  in Germany. [Is it] bloody business of Zelensky? Or nice relations with the Kremlin are [reward for] Yermak for the leak on Wagner [mercenaries capture] special operation’, said Myroslav Oleshko in his Facebook post. 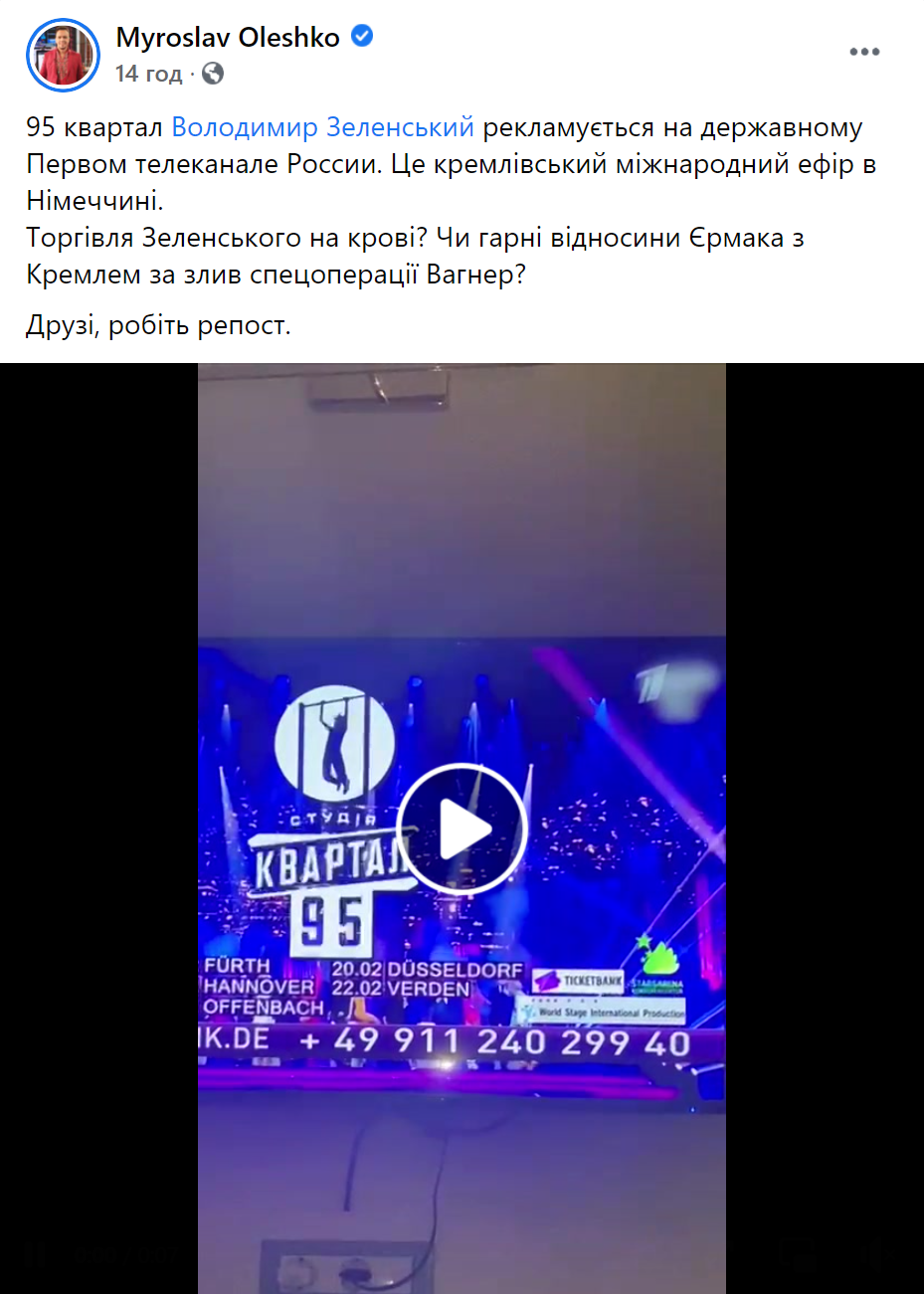 In May, SBU closed the investigation into the controversial ‘Kvartal 95’ tv show rights deal with the sanctioned Russian ‘STS Media’. According to media reports,  ‘Kvartal 95’  ‘cut corners’ by selling the TV series’ rights to the Swedish distributor to dodge the imposed trade restrictions.