The aggressor continues to increase its military presence in the temporarily occupied territory of Crimea.

Liudmyla Denisova, the Commissioner for Human Rights of the Verkhovna Rada of Ukraine, reported this.

As it was reported, in June, there were showers in the Crimea for several days in a row. In some cities, such as Yalta and Kerch, the situation was critical. About 350 houses were reported to be flooded and nearly 1,400 people evacuated. There were interruptions in energy, gas and water supply.

According to Denisova, the aggressor additionally deployed in the peninsula about 21 thousand people of special units and 1367 units of vehicles and special equipment – under the pretext of eliminating the effects of floods.

In addition, there are constantly more than 31,000 soldiers and officers of the occupying forces in Crimea. In Feodosia, the occupiers began construction of a new regimental military camp for another 300 military.

The Ombudsperson stresses that deployment of Russian troops in Crimea contradicts the norms of international humanitarian law, in particular, UN General Assembly Resolution 75/29.

She calls on Ukraine’s international partners to step up cooperation and to force Russia to comply with international humanitarian law. 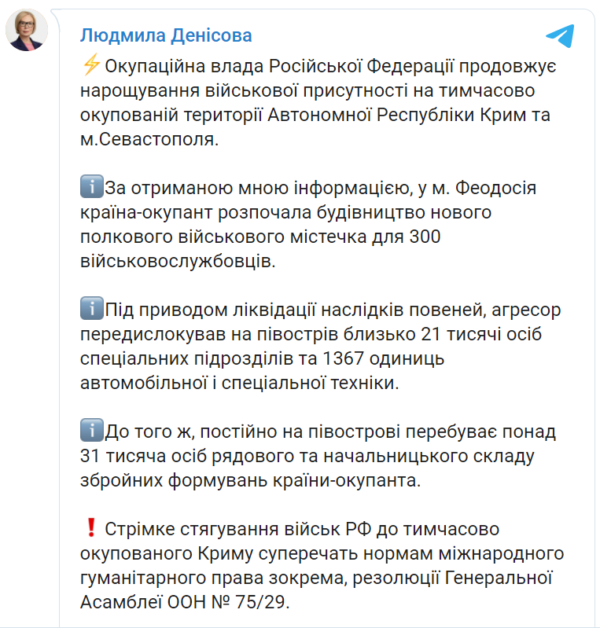 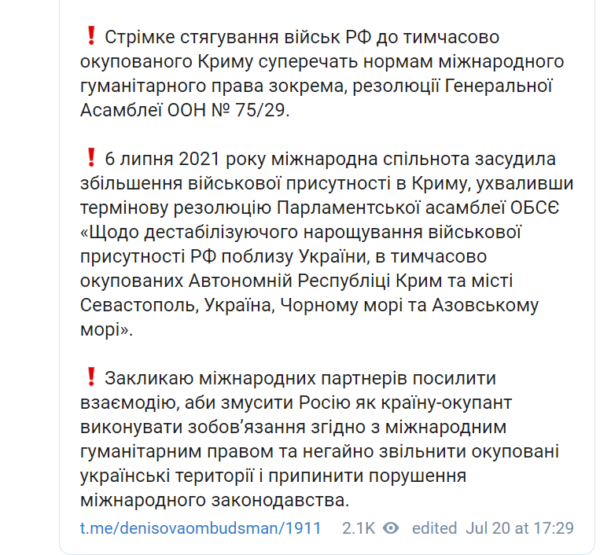