Since the beginning of the full-fledged war against Ukraine, Russian invaders have committed 396 war crimes, which involved the damage to the objects of the Ukrainian cultural heritage. 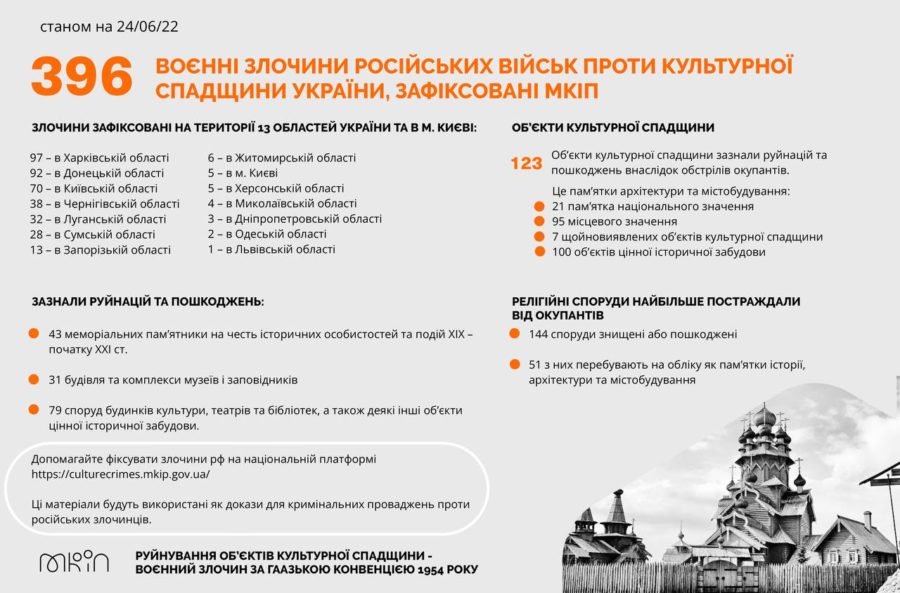 The report mentions damage to the 123 objects of the cultural heritage, 144 religious buildings, 43 memorial places and 79 theaters, libraries and other culture facilities. 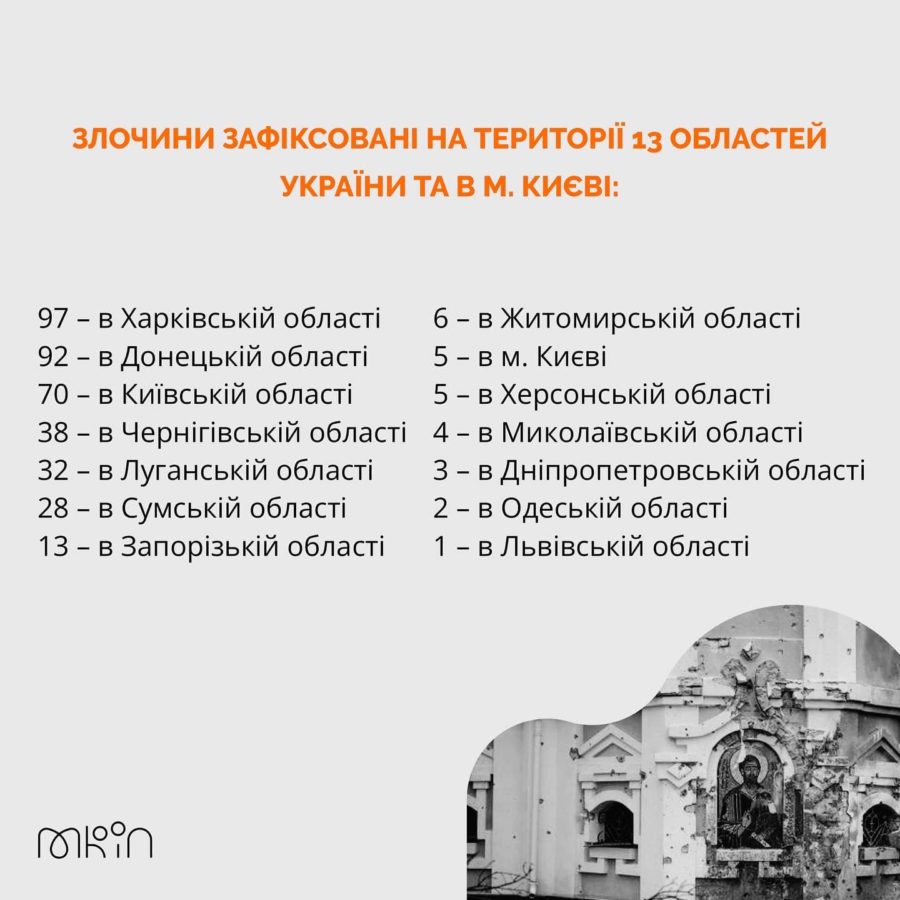 According to the Hague convention, the destruction of cultural objects is considered a war crime.

‘We continue to draw the attention of the world community to the crimes of the Russian invaders, so that this country is punished and removed from the cultural and informational life of the civilized world’, the minister stressed.