In a clearly lame attempt to justify a Thursday missile strike in Vinnytsya, the Russian defense ministry came back with an explanation only a day later, arguing their assault targeted the military officers’ club where, at the time of the strike, a staff meeting was underway.

According to the Russian side of the story,  the three missiles that came in broad daylight purported to hit the Ukrainian senior military discussing weapons’ supplies with third countries’ representatives.

‘The meeting was discussing a transfer of new shipments of planes, assault weaponry and organization of repairs for Ukrainian aircraft park. The meeting participants were terminated in the resulf of the stike,’ said Russia’a  state news agency citing the defense ministry. 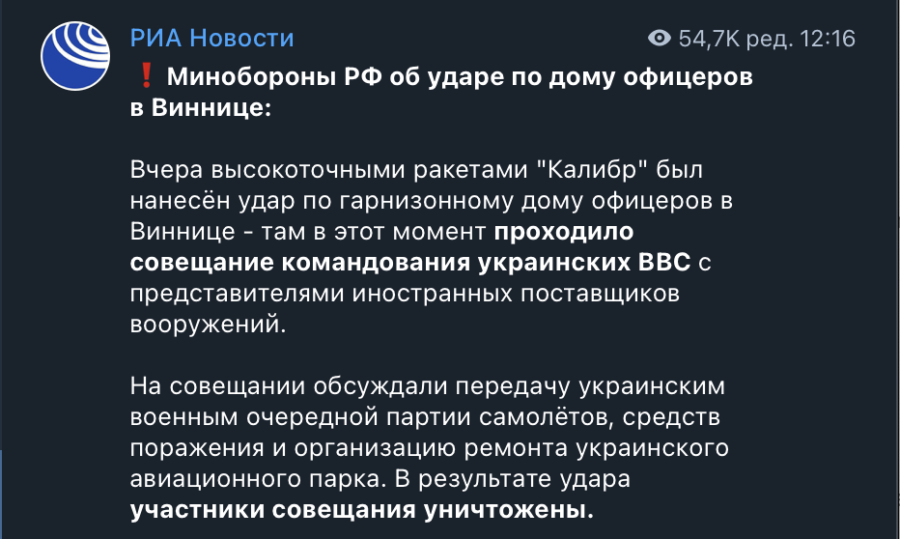 The Russian officials’ comments from Russian military come as Vinnytsya is holding a mourning on Friday  in memory of 23 people who fell victim to the rocket strike.

According to Ukrainian media reports, the Military officers’ club was scheduled that day to become a venue for a concern of two Ukrainian pop artists, Roxolana and LAUD. The event announcement was posted on Roxolana’s Instagram two weeks earlier, on July 2. 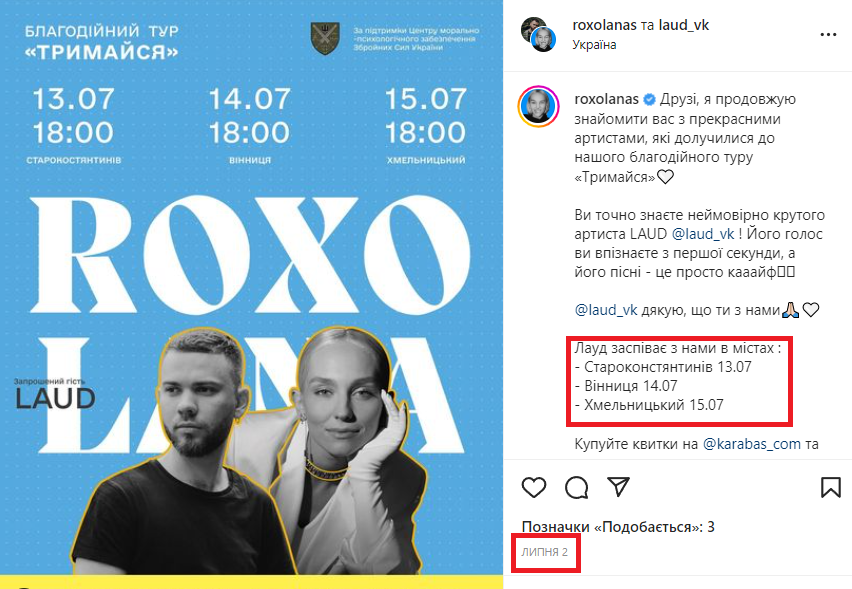