One of the warehouses was completely ruined. An administrative building and another warehouse were danaged. 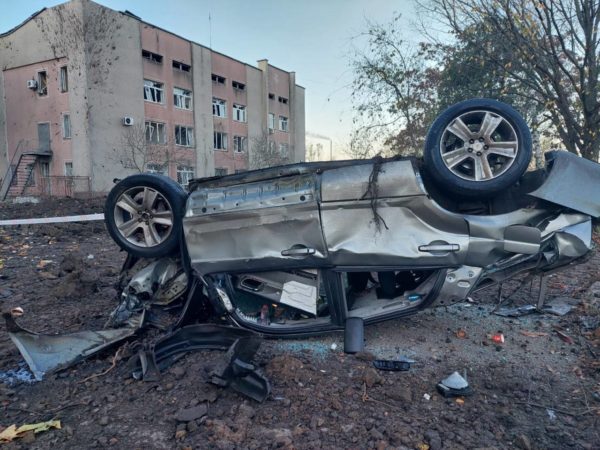 The mayor added that the strike caused fire, which had already been extinguished by the emergency services.

No casualties have been reported.